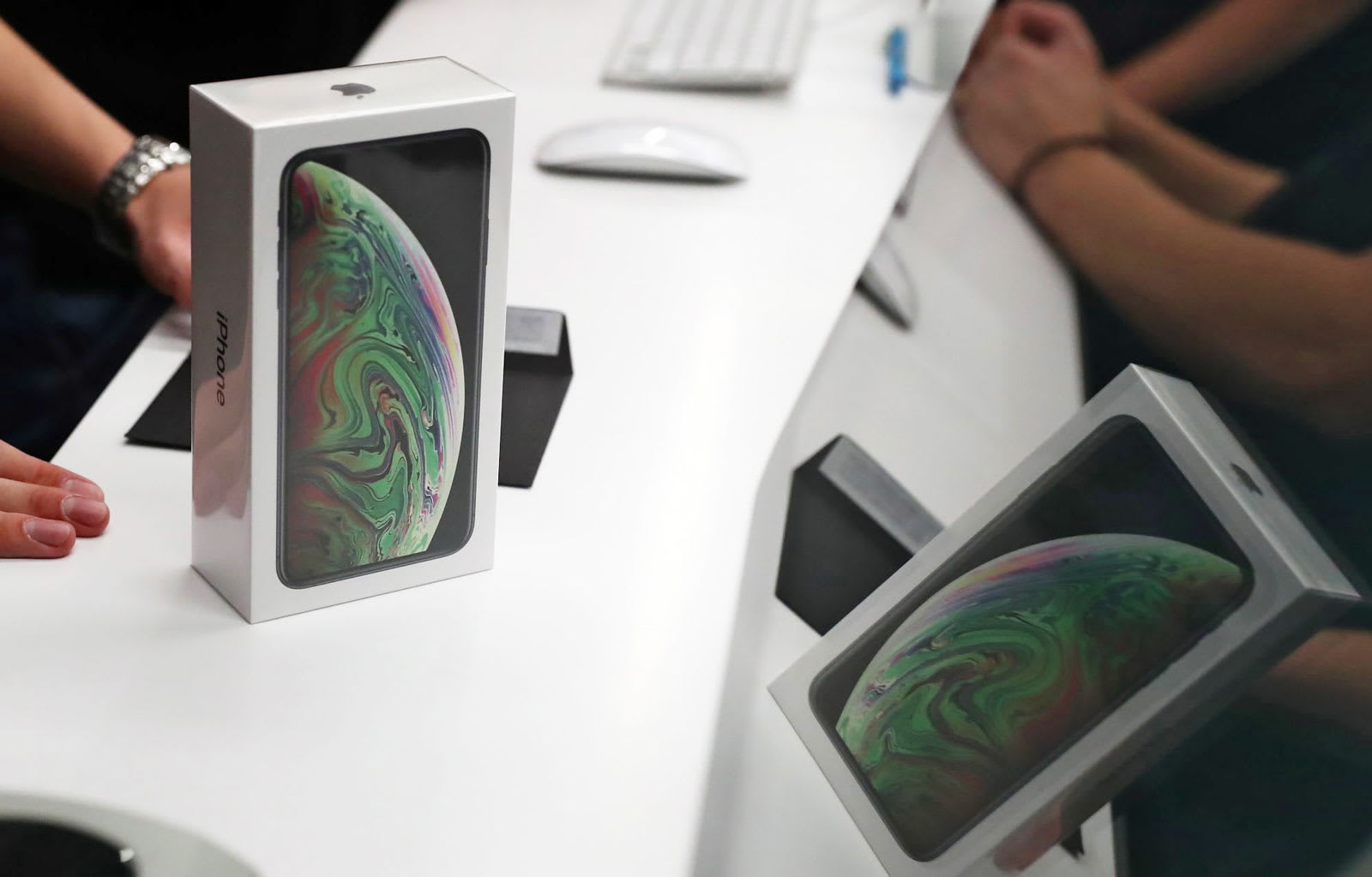 As part of an ongoing patent dispute, chipmaker Qualcomm is asking Chinese courts to ban sales of Apple's iPhone XS, XS Max and XR within the country, according to the Financial Times. The request comes just days after the company won an injunction temporarily preventing Apple from selling older models of iPhones in China.

Earlier this week, the Intermediate People's Court in Fuzhou determined it was likely Apple infringed on two Qualcomm patents related to resizing photos and managing apps. While no official court ruling has been handed down regarding the patent dispute, the court saw enough evidence to require Apple to halt sales and imports of the iPhone 6S, 6S Plus, 7, 7 Plus, 8, 8 Plus and X -- all devices that allegedly benefit from the patents in question.

Apple has appealed the initial ruling and has essentially ignored the injunction. The company has continued to sell all models of the iPhone in China, arguing that the case only applies to devices runnings iOS 11. Since all of the models named in the ban can run iOS 12, Apple argues they aren't infringing on the patents. Apple may be on shaky ground, as the ruling made no mention of either operating system and focused on specific devices, according to the Financial Times.

While it will still take a court ruling to determine if Apple actually did infringe upon Qualcomm's patents, the sales bans may be enough to get Apple to the table for a settlement. The companies have been battling it out in courtrooms around the world, and Apple has mostly emerged victorious thus far. Qualcomm's accusations of patent infringement came after Apple accused the company of abusing its position in the processor market to jack up royalty fees. Several governments, including the US and South Korea, have determined Qualcomm has behaved in a monopolistic manner and overcharged device makers.

Via: The Verge
Source: Financial Time
In this article: apple, business, china, gear, injunction, IphoneSales, iphonexr, iphonexs, politics, qualcomm
All products recommended by Engadget are selected by our editorial team, independent of our parent company. Some of our stories include affiliate links. If you buy something through one of these links, we may earn an affiliate commission.