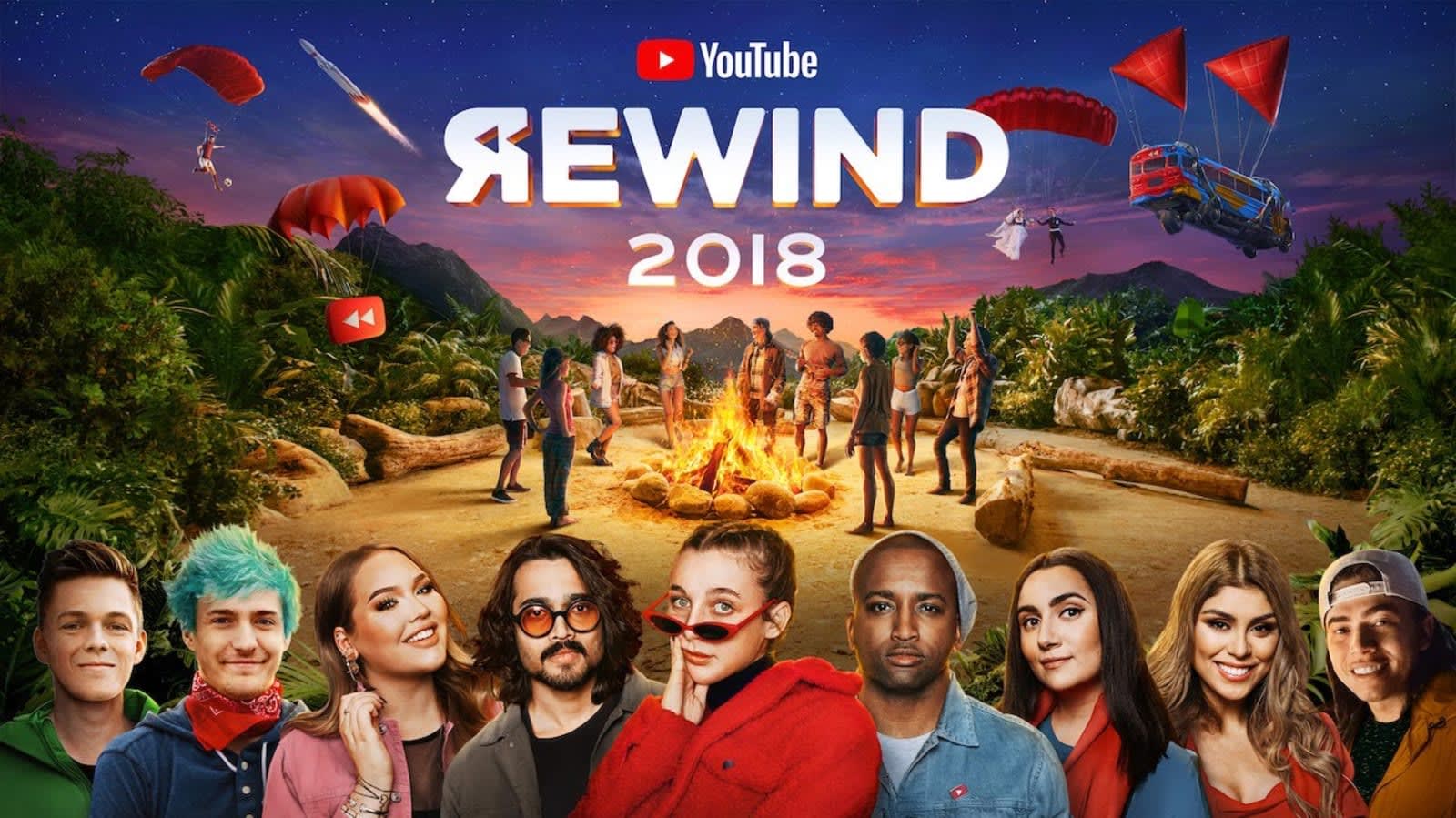 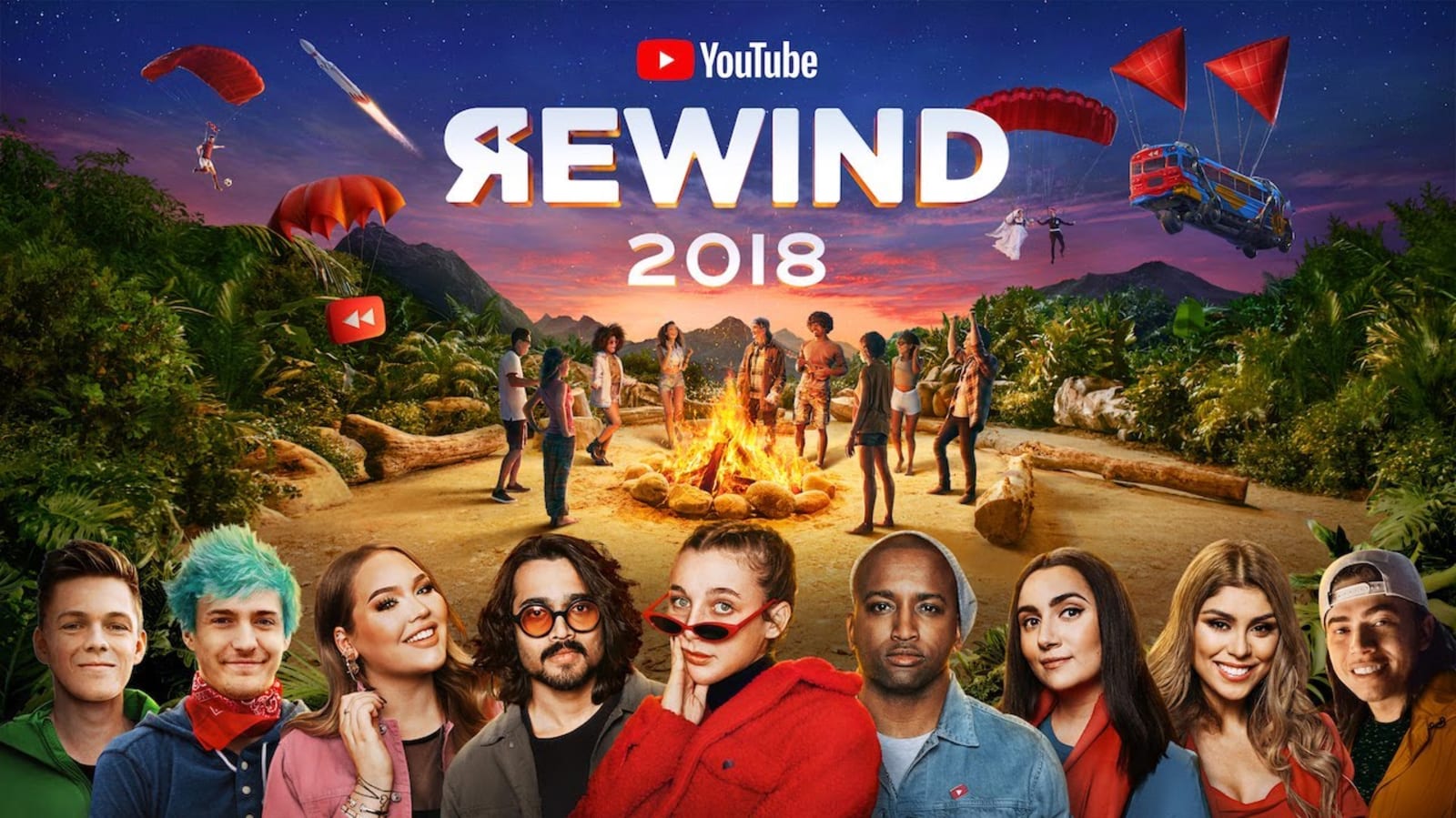 YouTube's latest Rewind video, the annual recap touting "the videos, music and trends that defined YouTube in 2018," has become the most disliked video ever in the website's history. The previous holder of this dubious title was Justin Bieber's Baby, which over the course of eight years racked up an impressive 9.8 million dislikes. YouTube's 2018 Rewind, meanwhile, charged ahead of this figure in less than two weeks, passing 10 million dislikes (according to LikesCounter) early on December 13th.

So why all the hate? No one video can appeal to all people, after all. But given the video's whole purpose is to reflect on the year's biggest YouTube moments, there are some very notable omissions. The KSI vs Logan Paul boxing match didn't inspire an inclusion, while the likes of PewDiePie and Shane Dawson didn't get a look in, either. There isn't a mention of the mind-boggling Johny Johny Yes Papa viral video, which was somehow watched nearly 500 million times.

Of course, some of those creators -- especially Logan Paul and Pewdiepie, for example -- don't have the best behavior records, but they continue to pull in hordes of viewers. So fans of these vlogger favorites have been left unimpressed with YouTube's supposed "definitive" round-up and may have played a part in the mass-dislike frenzy. Of course, there are still a ton of names and creators in the video: Will Smith, Casey Neistat and Lilly Singh, for example -- all of which are relatively uncontroversial, and are capable of securing large deals on the platform.

That might explain why Fortnite's Ninja features. He's famous for being a Twitch streamer, not an original YouTube creator, but still enjoys incredible statistics thanks to his highlight videos. It's pretty clear, then, that YouTube's higher-ups have a different idea of what's noteworthy to them, and what's noteworthy to the viewers supporting the platform.

Source: YouTube
Coverage: Dexerto.com
In this article: 2018, av, business, dislike, entertainment, Fortnite, internet, JustinBieber, LoganPaul, Pewdiepie, Rewind, vlogger, YouTube, YouTuber
All products recommended by Engadget are selected by our editorial team, independent of our parent company. Some of our stories include affiliate links. If you buy something through one of these links, we may earn an affiliate commission.