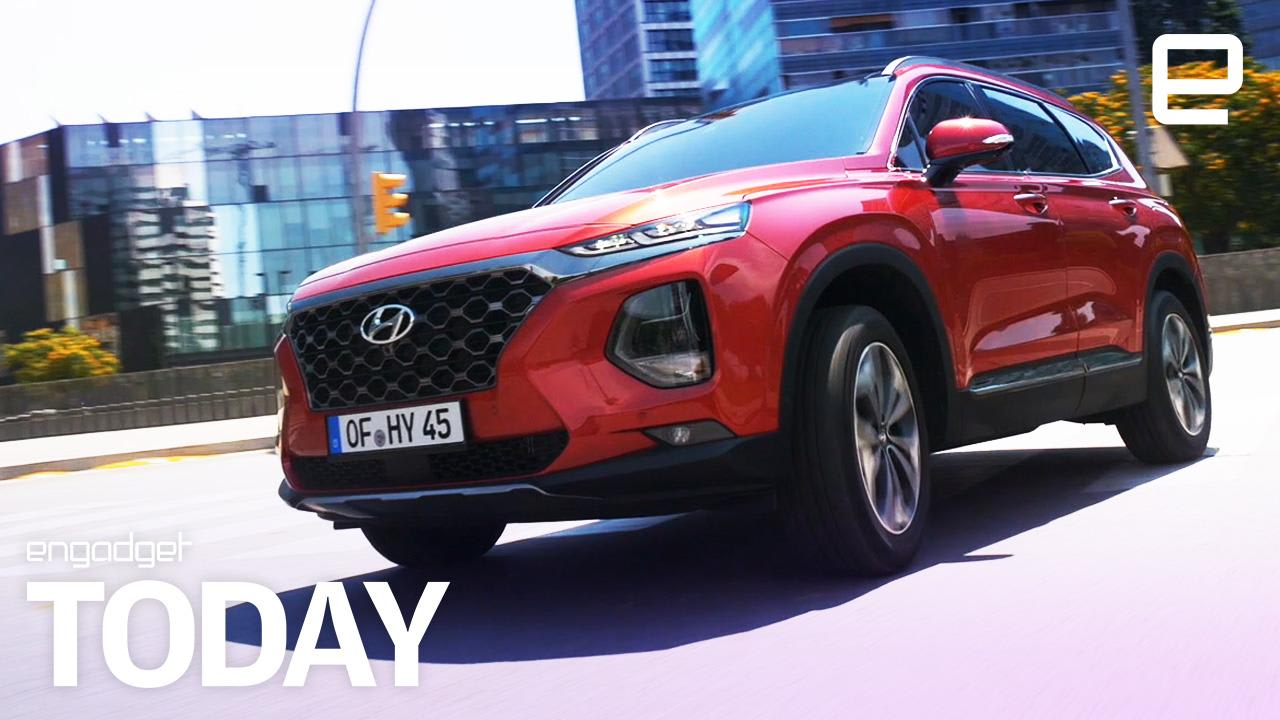 Hyundai has unveiled a new car system that lets drivers unlock and start a vehicle using their fingerprints. The tech is built in to the door handle and ignition button of the new 2019 Santa Fe SUV, showcased at an auto show in China last week.

Multiple owners will be able to register their encrypted fingerprint data for the same vehicle, according to the South Korean auto-maker. And, depending on the person using the car, it will then automatically adjust seat positions and the angle of the rearview mirrors. A future update could also allow the biometric system to add personalized temperature, humidity, and steering settings, Hyundai said. For now, the company is planing to limit the feature to China upon its launch in the first quarter of 2019.

The fingerprint sensor uses human capacitance to pull off the trick, differentiating between the electricity levels in different parts of the finger to prevent hacking or faked fingerprints. Hyundai said the system -- which receives your encrypted fingerprint data from the touch sensor in the handle before unlocking the car -- has an error rate of 1 in 50,000 (that's the same figure touted by Apple for its Touch ID tech for iPhones, iPads, and select MacBooks).

The Santa Fe's other tech includes a rear occupant alert system, which uses ultrasonic sensors to detect the movements of children in the back to avoid anyone being left behind. The car also comes equipped with Chinese internet giant Baidu's voice recognition system and a wireless phone charger.

This isn't the first time fingerprints have been used to start cars, but the unlocking tech has never before been baked in to a vehicle's door handle. Tesla Model 3 owners are also already using their smartphone as a car key while the rest of the industry (including Hyundai) is busy building a virtual key standard that could popularize the tech. Elsewhere, Hertz recently brought biometric data to car rentals at Atlanta International Airport.

Coverage: ZDNet, The Korea Herald
In this article: AOLoriginals, biometric, car, china, DailyShow, Engadget, EngadgetToday, EngadgetVideo, Entertainment, fingerprint, FingerprintReader, gear, hyundai, suv, TL18FNGR, transportation, vehicle
All products recommended by Engadget are selected by our editorial team, independent of our parent company. Some of our stories include affiliate links. If you buy something through one of these links, we may earn an affiliate commission.