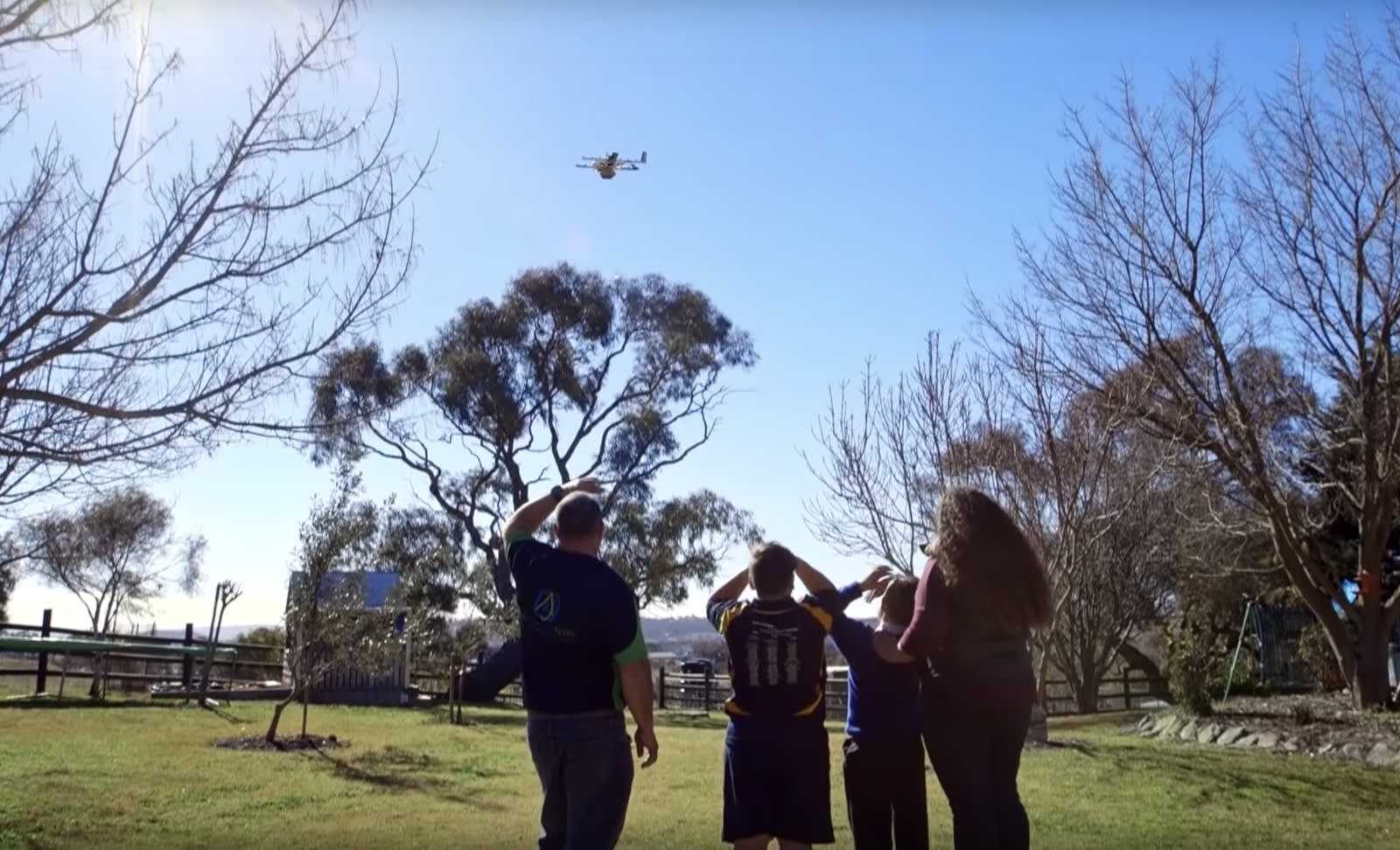 Before Alphabet's Wing drones can start dropping off deliveries all over the globe, the company has to remedy one of the biggest complaints about it first. According to a Wall Street Journal report, the drones are extremely noisy -- someone who lives directly under the drones' path in rural Australia where they're current being tested described the sound they make as "chainsaw gone ballistic." Since the tech will not widely adopted if it's that noisy (especially in dense urban areas) Wing is now developing a quieter drone.

The Alphabet subsidiary, which used to be an X Lab project until it became a standalone company in mid-2018, has been testing its drones in Australia since 2014. Apparently, the machines create so much noise that people don't even use their yards anymore. In addition, dog owners are avoiding areas where they pass, because the drones make their dogs nervous. Not to mention, the noise could trigger PTSD symptoms in military veterans.

Since it's going to take a while before Wing can finish designing a quieter drone, the company has implemented changes to its test machines. It has slowed down their speeds and changed their flight paths, so they don't pass over the same houses all the time. Those who've been taking advantage of Wing's drone delivery love the convenience they bring, though: they can drop off items within five to ten minutes after purchase, after all. If Wing manages to develop quieter drones, retailers and companies might be more open to using the machines in the future.

Via: 9to5google
Source: The Wall Street Journal
In this article: alphabet, delivery, drone, gadgetry, gadgets, gear, google, wing
All products recommended by Engadget are selected by our editorial team, independent of our parent company. Some of our stories include affiliate links. If you buy something through one of these links, we may earn an affiliate commission.