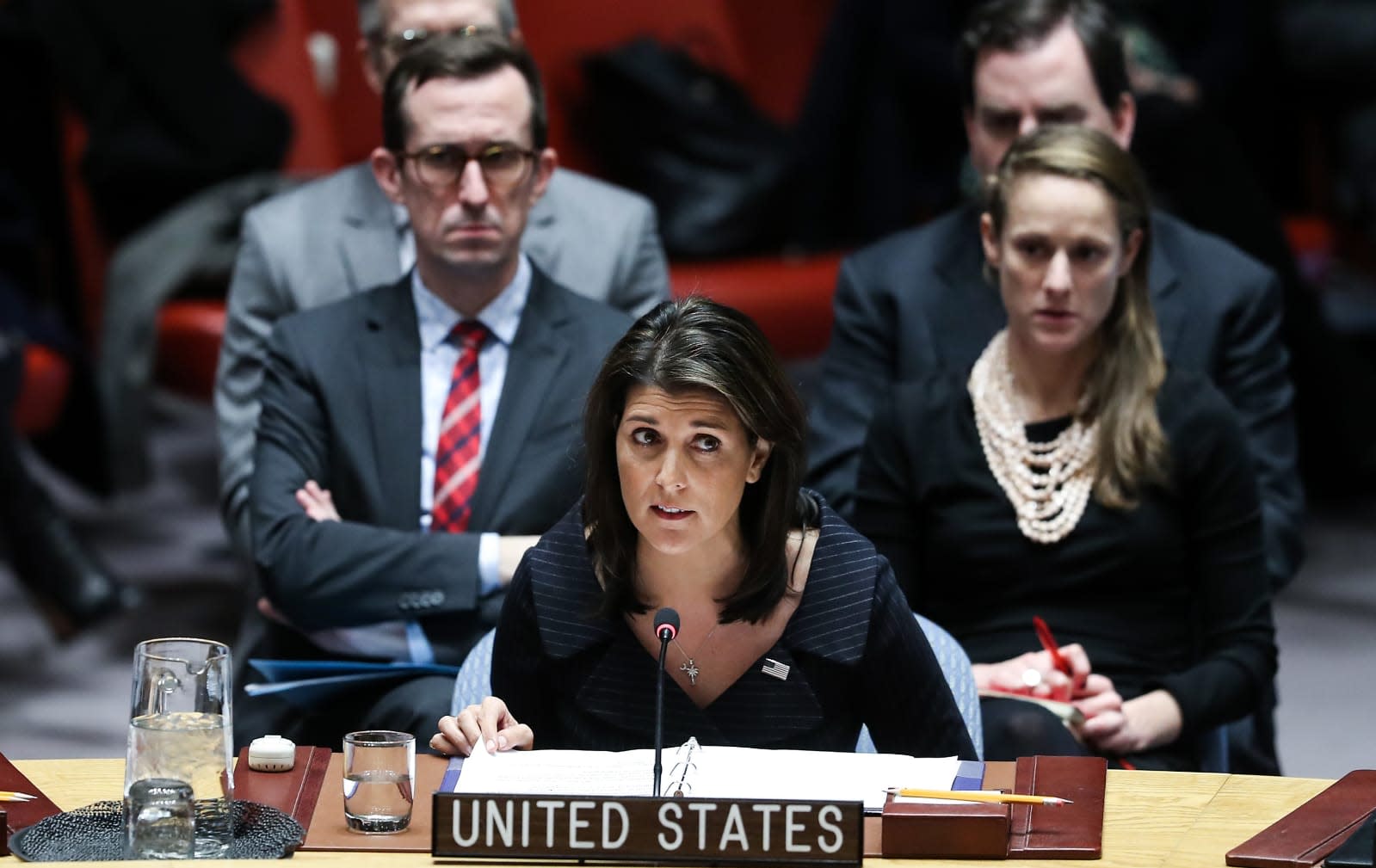 Thanks to social media rules created during the Obama administration, former UN ambassador Nikki Haley has been forced to surrender her Twitter account and all 1.67 million of its followers. Haley grudgingly announced the news herself: "Due to State Dept rules that were changed by the outgoing administration, I have had to clear my personal Twitter account that I have had for years," she tweeted from her new account.

Due to State Dept rules that were changed by the outgoing administration, I have had to clear my personal Twitter account that I have had for years. The followers, the history, the pictures, and all other content. Please refollow and retweet this to your friends. Here's to 2019!

The rules, as Buzzfeed put it succinctly in 2017, aim to prevent political appointees from accumulating Twitter followers using their high-profile jobs, then taking those followers with them when they leave. Haley, along with other appointees like Thai ambassador Scott P. Brown, were already in a gray area just by using their personal Twitter accounts, manned by government staff, for public business in the first place.

Haley said she had to "clear" her ambassador account, but she might have meant that she just had to give up control of it for archiving purposes, as Obama appointee Eric Columbus noted in a tweet. Indeed, her ambassador account is still available, with a note pointing to her new personal Twitter handle.

Haley, rumored to be prepping a possible presidential run in 2020, needn't have fretted much, having already accumulated 157,000 followers in just over a day. It will be interesting to see if the same rules are applied to Trump, who has used his personal Twitter account for public business since he became president. If so, he'd have to surrender his personal account and all 56.8 million followers.

In this article: Ambassador, following, gear, NikkiHaley, politics, SocialMedia, Twitter
All products recommended by Engadget are selected by our editorial team, independent of our parent company. Some of our stories include affiliate links. If you buy something through one of these links, we may earn an affiliate commission.
Share
Tweet
Share