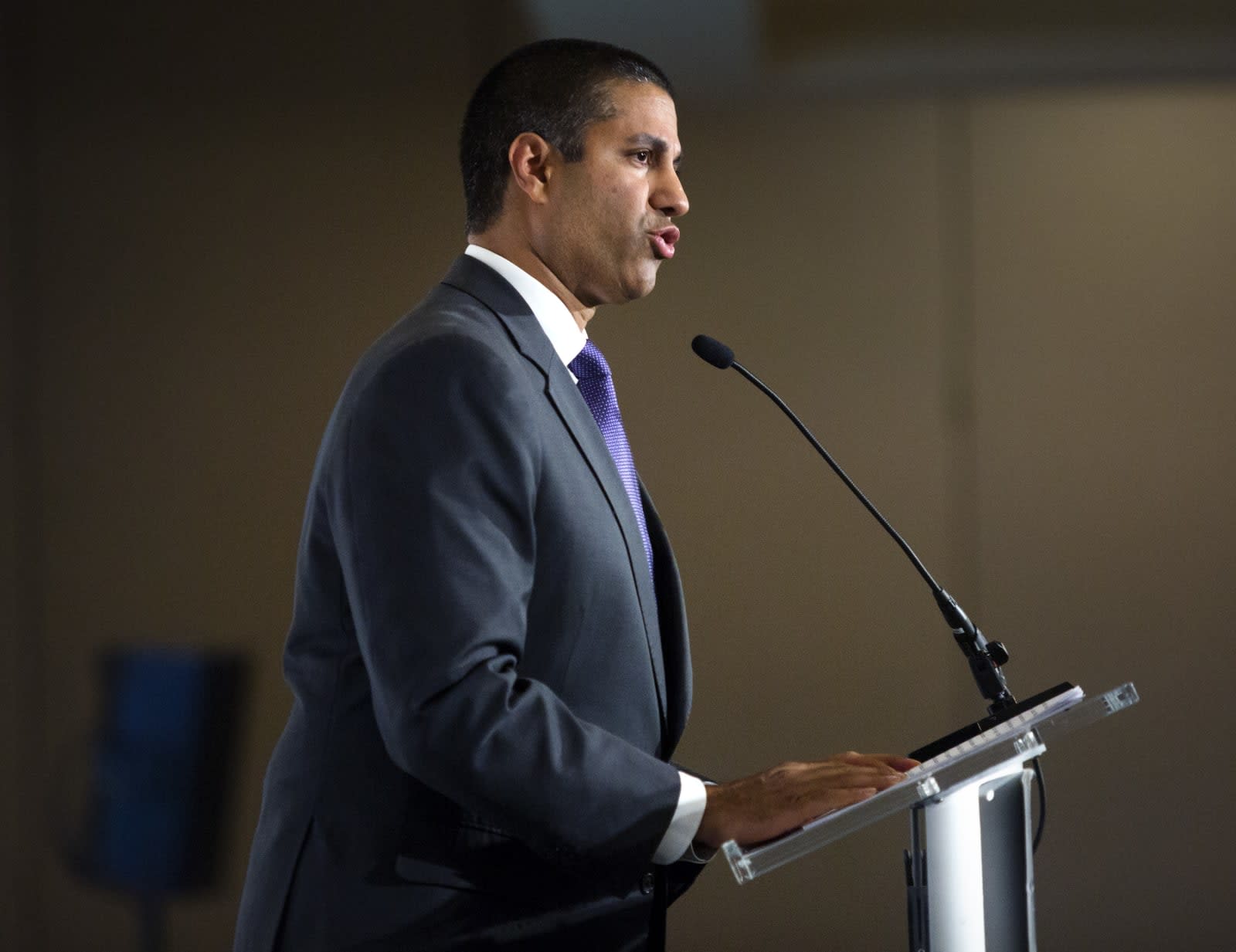 For the second year in a row, FCC Chairman Ajit Pai has cancelled his appearance at CES, though this time around, it's under very different circumstances. According to Politico Pro, both he and Commissioner Brendan Carr have had to cancel their CES plans due to the partial government shutdown that's still ongoing. Pai was supposed to discuss FCC plans with the Consumer Technology Association's Gary Shapiro while Carr was scheduled to take part in a roundtable discussion.

Last year, Pai pulled out of CES due to safety concerns, which reportedly stemmed from death threats he had received following the FCC's repeal of net neutrality. Pai issued a statement yesterday that addressed Congress's failure to overturn the FCC's net neutrality decision, applauding the House of Representatives for not reinstating "heavy-handed internet regulation." While the Senate passed a resolution to restore net neutrality earlier this year, the House of Representatives did not. The FCC's decision is still being challenged in court, however.

The FCC suspended most of its operations today due to the government shutdown. A number of services will be unavailable until the funding lapse ends, including certain licensing and filing systems as well as the Consumer Complaint Center.

In this article: ajitpai, brendancarr, CES, CES2019, FCC, Furlough, gadgetry, gadgets, gear, NetNeutrality, politics, ShutDown, TL19AJIT
All products recommended by Engadget are selected by our editorial team, independent of our parent company. Some of our stories include affiliate links. If you buy something through one of these links, we may earn an affiliate commission.