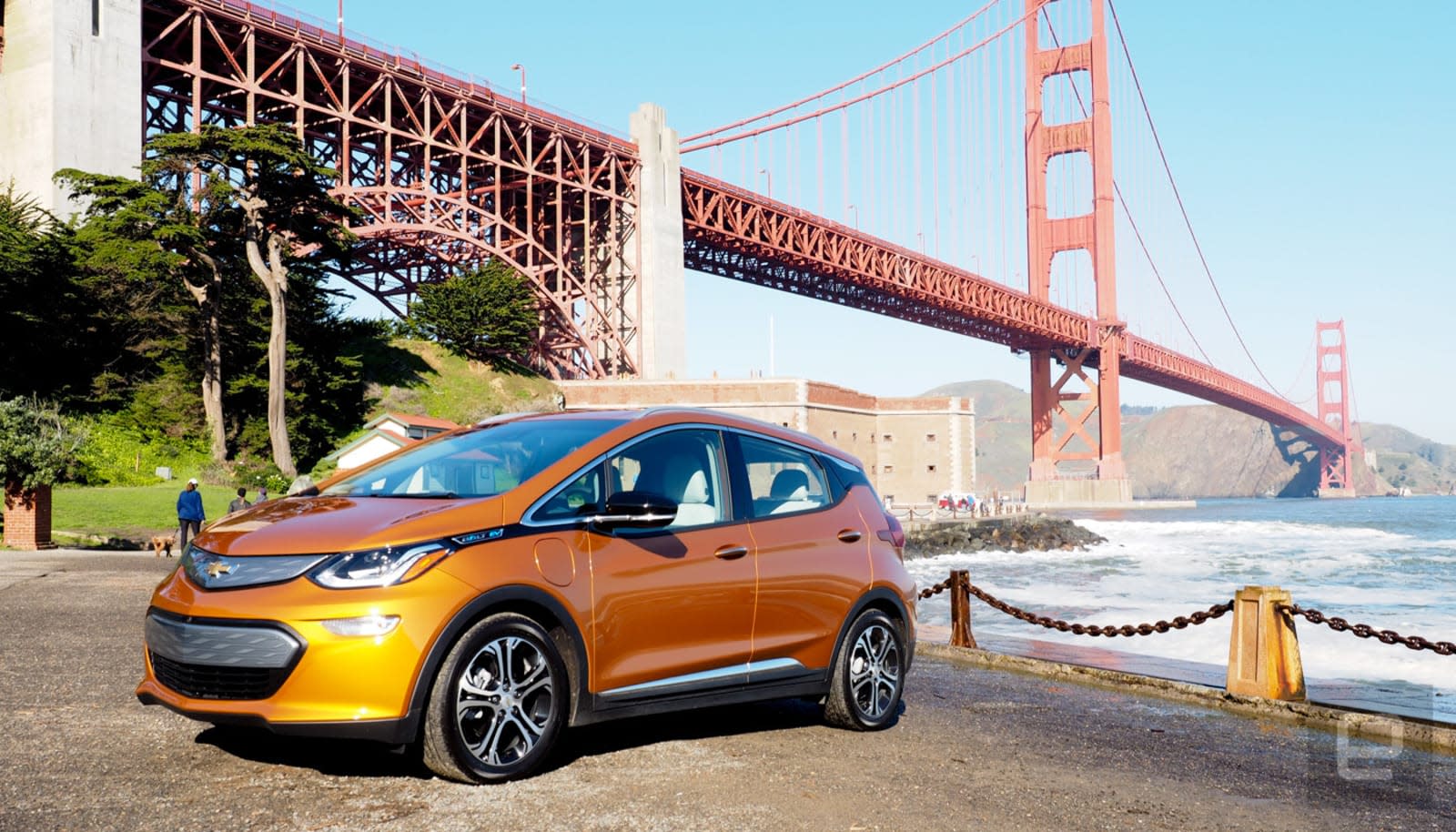 If you were thinking about buying a Chevy Bolt in the US, you might want to hop on that shortly. A Reuters source claims that GM managed to sell a lifetime total of 200,000 electric cars by the end of 2018, triggering the EV tax credit phase-out that recently affected Tesla. If accurate, you'll see the credit cut in half to $3,750 this April, drop again to $1,875 in October and disappear entirely in April 2020.

GM has declined to comment, although it may say more when it releases its quarterly results on January 3rd (that's today, if you're reading in time). It had already predicted that it would reach the 200,000-car milestone by the end of 2018.

The phase-out might not be permanent. A Senate bill has proposed dropping the unit cap and extending tax credits until 2022. Separately, GM has advocated for a new national tax credit program and partnered with Nissan, Tesla and others to demand extended tax credits. It's far from certain that GM will get what it wants, but you might not want to abandon your buying plans just yet.

As it is, the transition is good news in a roundabout way. It indicates that EVs are selling well enough to be more than niche models -- not quite mainstream, but getting there.

In this article: bolt, car, cars, chevrolet, chevy, electriccar, electricvehicle, ev, gear, gm, green, TaxCredit, taxcredits, transportation
All products recommended by Engadget are selected by our editorial team, independent of our parent company. Some of our stories include affiliate links. If you buy something through one of these links, we may earn an affiliate commission.