You can use the analog viewer to peer at

Ring, a name now synonymous with video doorbells, is making a product to help folks who already have peepholes in their doors. The Ring Door View Cam is a smaller piece of kit that can sit over your door's existing viewer / spy hole. Sandwiched between the button and the camera lens is a piece of glass that'll let you peer through the hole at your visitors, old-school style.

Door View Cam comes with all of the usual features you'd expect from a Ring product, including HD video, privacy zones and smart alerts. In addition, however, it packs an impact sensor to alert you when a moron knocks on your door instead of, you know, pushing the clearly obvious bell. It's worth adding that existing Ring products will let you watch what's going on at the door with its Live View feature.

Because this is designed to sit over door peepholes, the product is installed without drilling or permanent modifications. That should mean that folks in rental properties and apartment blocks will be up for trying the device, so long as you can pop out the existing peephole. And Ring will, as usual, guarantee to replace your equipment if it's stolen, although it should be pretty hard to steal. 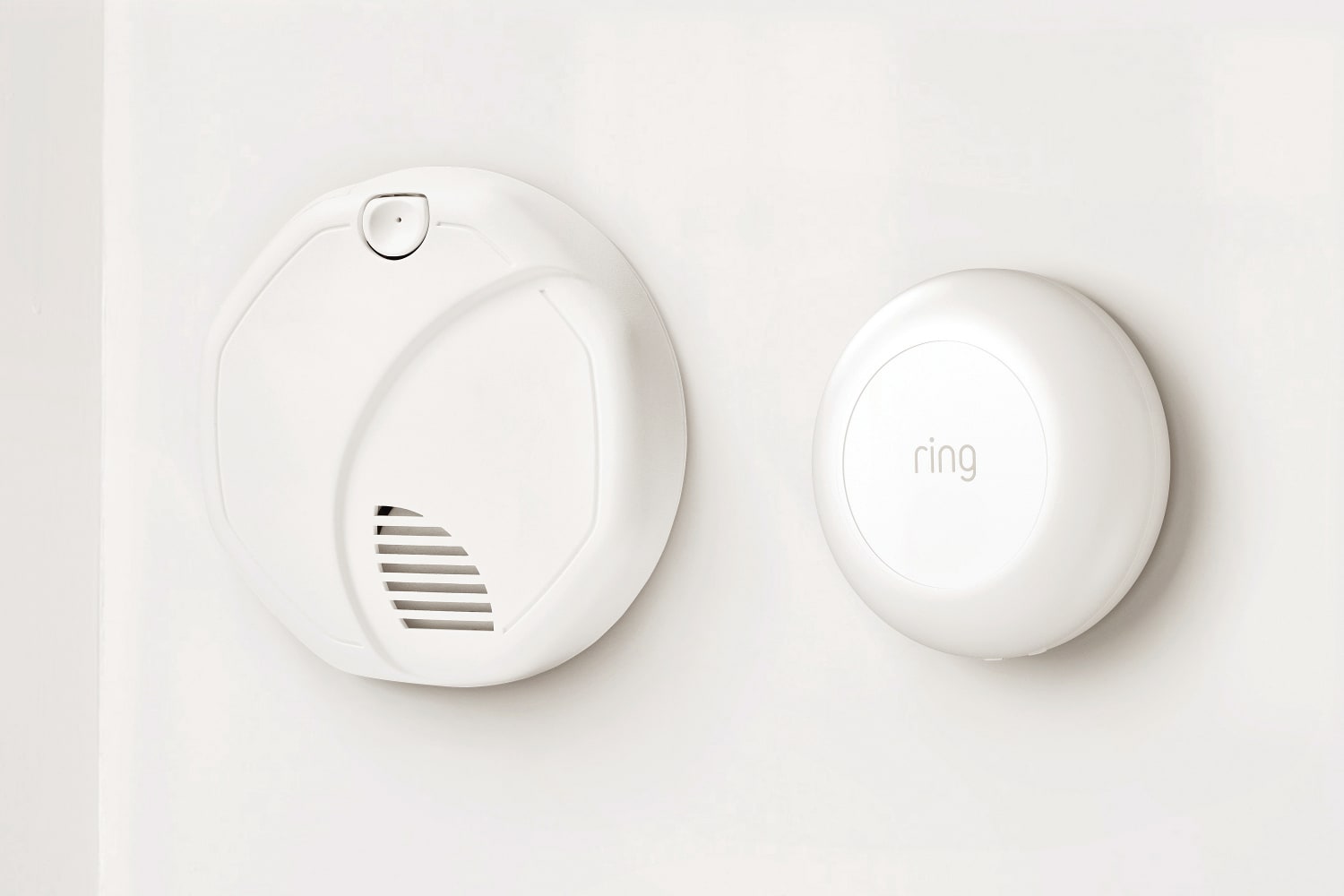 Ring is also adding a number of new sensors that work with Ring Alarm, its comprehensive home security product. That includes a smoke and carbon monoxide sensor (pictured, right) that'll sound the horn if it detects either in your home's atmosphere. As well as a flood and freeze sensor that can spot water leaks and the dreaded cold temperature in your water pipes. The list is rounded out by a siren that'll sound the horn when the system detects "a security event occurs."

Ring itself doesn't make smart locks, but it is now adding integration for a number of smart locks, all of which also works with Alexa. The company will now sell locks through its own store, including deadbolts from Kwikset, Schlage and Yale. August's smart locks are going to work with Ring's system at some point in the future as well, letting you unlock the door through your Ring app. Not to mention that all of these will work seamlessly with Amazon's Echo products for voice control and video viewing.

Rounding out the product list is a new series of lighting gear, including a $70 wall-mounted floodlight and a $30 path light. The range begins shipping at the start of March, with more details coming in the future.

The Door View Cam will launch in the US, as well as selected European markets, at some point later in the year, with prices starting at $199. The various additional accessories for Ring Alarm are priced between $30 and $40, while the smart locks will set you back between $140 and $220, depending on which brand you choose.