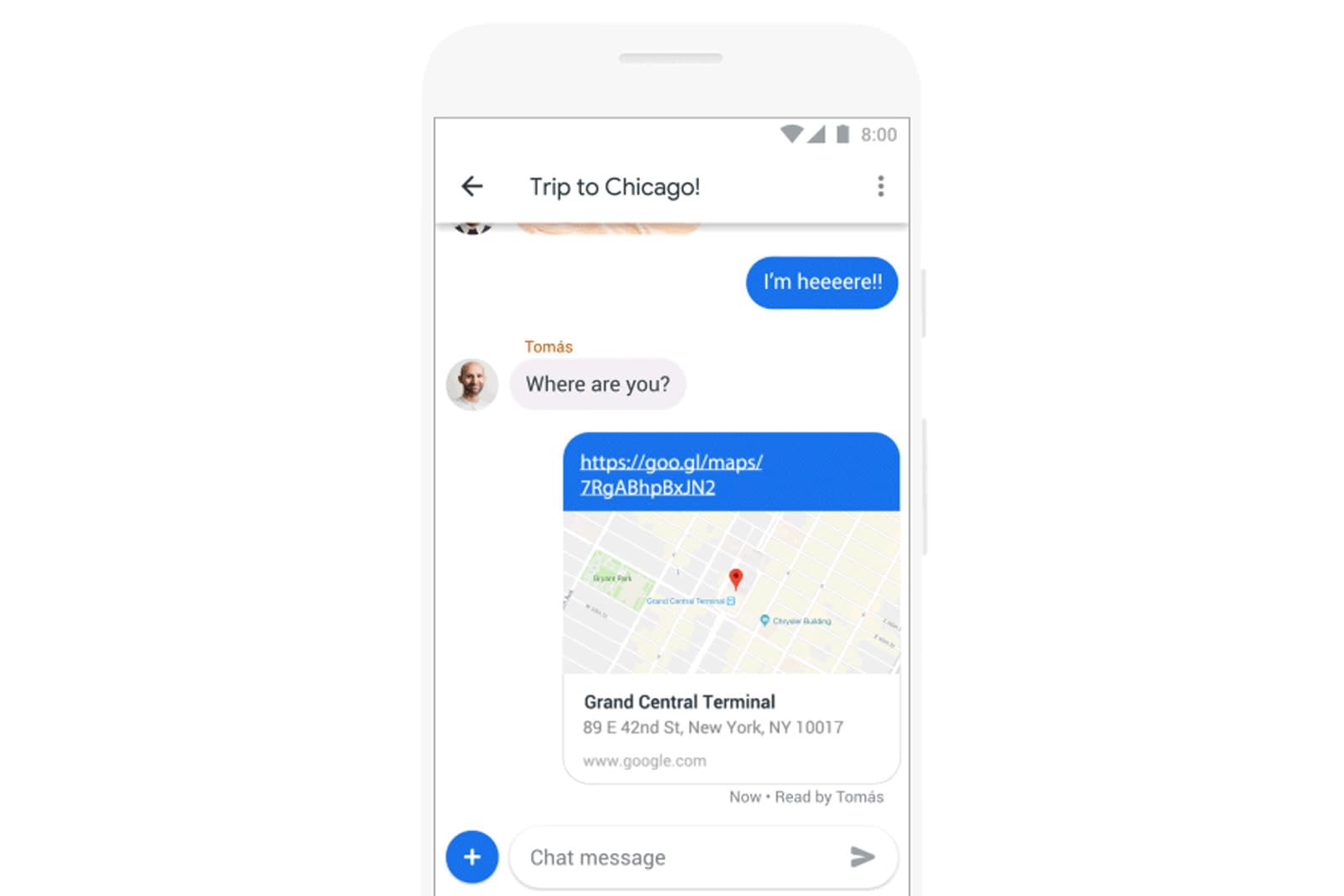 Google is putting its money where its mouth is when coming to support for next-gen texting. It's starting off 2019 by introducing RCS chat to Google Fi. So long as you have a supporting Fi-friendly Android phone (more on that in a bit), you can share higher-quality media, message over WiFi, see who's typing and get message receipts. It'll be automatically enabled if you have a "designed for Fi" phone, and will kick in if you set Google's official Messages app as your default.

As The Verge noted, Google's advantage may simply be the sheer variety of Google Fi devices that support RCS. This will include Pixel phones, LG's G7 and V35, and Motorola phones like the G6 and Android One-based Moto X. Rival carriers have typically limited you to one manufacturer, such as T-Mobile's Samsung support and Engadget parent Verizon's compatibility with the Pixel 3. You're still out of luck with iPhones and most off-the-shelf Android phones, but it's a start.

There's another improvement coming for a wider range of devices. Google Fi will support faster LTE data in 33 countries over "the next few weeks," including most of Europe (UK included), Scandinavian countries, Hong Kong, Iceland and Israel. You'll still need a designed-for-Fi phone to take advantage of the new speeds, but it'll be helpful if you're determined to Instagram your entire vacation.

In this article: carrier, chat, gear, google, googlefi, internationaldata, lte, messaging, mobile, rcs, RichCommunicationServices, roaming, sprint, t-mobile, verizon, wireless
All products recommended by Engadget are selected by our editorial team, independent of our parent company. Some of our stories include affiliate links. If you buy something through one of these links, we may earn an affiliate commission.