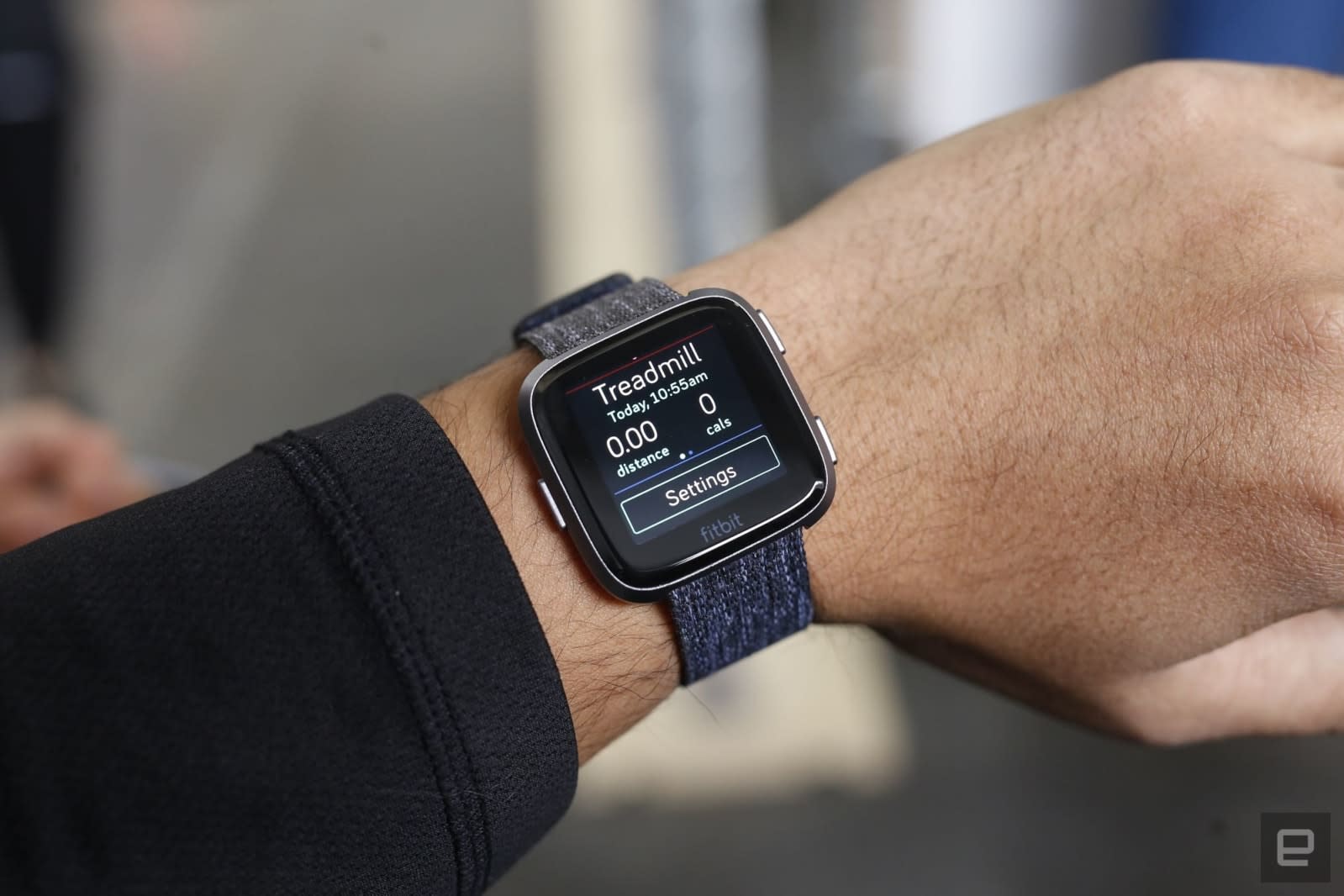 Fitbit is following a stellar 2018, which saw it bounce back to profit thanks in part to its Versa smartwatch, by diving even further into healthcare. As part of a new team-up with the National Institutes of Health (NIH), Fitbit is letting users sync their accounts with the All of Us research program: a US-wide initiative that wants to use data based on "individual differences in lifestyle, environment, and biology" to help treat and prevent diseases.

Announced in 2015, the program aims to include insights from at least one million participants to help deliver precision medicine. Though it already encompasses surveys, electronic health records, physical measurements, and biosamples, Fitbit is the first wearable to be included in the study -- giving researchers valuable access to real-time data from the company's activity trackers and smartwatches. After more than a year of beta-testing, the All of Us program opened up for national enrolment in 2018.

The Fitbit data will include physical activity, heart rate, and sleep patterns. But you don't even need a Fitbit device to sign up. Users can also connect through their Fitbit account and manually add information such as their weight, water intake and meals on the All of Us website. Fitbit is promising "strict safeguards in place to protect participant privacy."

A second project is also on the way, which will see All of Us doling out up to 10,000 Fitbit devices to random participants. It's also promising to expand its data-collection efforts to include other devices and apps in the future.

Fitbit, however, isn't the only tech company playing nice with healthcare researchers. Apple, for instance, has its ResearchKit software for apps that let medical scientists gather insights. It also tapped Stanford for the "Apple Heart Study" app, which uses data from Apple Watches to identify "potentially serious heart conditions." Meanwhile, Tim Cook recently boasted that the world will one day look back at "health" as Apple's greatest contribution to mankind.

In this article: AllOfUs, fitbit, gear, health, healthcare, medicine, wearables
All products recommended by Engadget are selected by our editorial team, independent of our parent company. Some of our stories include affiliate links. If you buy something through one of these links, we may earn an affiliate commission.