It's a way to introduce block coding to a whole new audience.
D. Hardawar|01.22.19
@devindra

Back in 2017, Microsoft unveiled Project Torino, a unique physical programming language that taught visually impaired kids the basics of coding. It was a huge step forward for accessibility, but it was also just an experimental program limited to the UK. Now, that project is becoming a bit more real: Microsoft announced today that it's handing over the research and technology behind Torino, now called Code Jumper, to the American Printing House for the Blind, a non-profit dedicated to helping the visually impaired. They'll do the heavy lifting of bringing Code Jumper to more territories -- including the US, Canada, Australia and India -- by the end of the year, with plans to deliver it across the world over the next five years.

Torino and Code Jumper give visually impaired students an experience similar to block coding, a drag and drop interface for introducing young children to coding. Instead of manipulating things on a screen, Microsoft's physical language involves connecting large plastic pods together to create programs. Similar to the XBOX Adaptive Controller, Code Jumper is a way to bridge the technology gap for visually impaired and blind children. 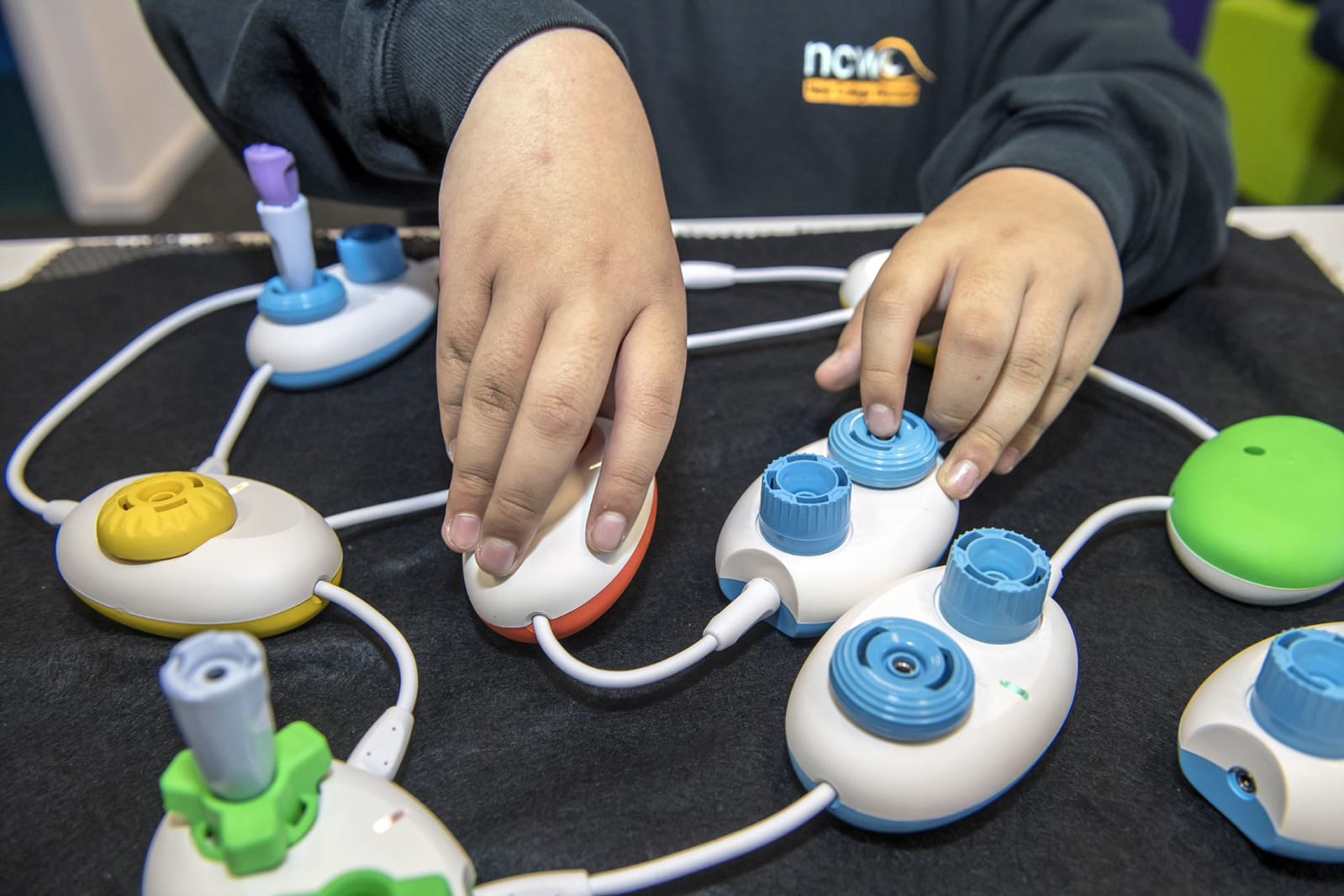 "It is very specifically about building up concepts that will enable them to become computer scientists, programmers, software engineers, computational thinkers," said Cecily Morrison, one of the Microsoft Researchers behind Project Torino, when it launched in 2017. "It gives them that computational base to whatever direction they go, and a shared vocabulary about what computing is."