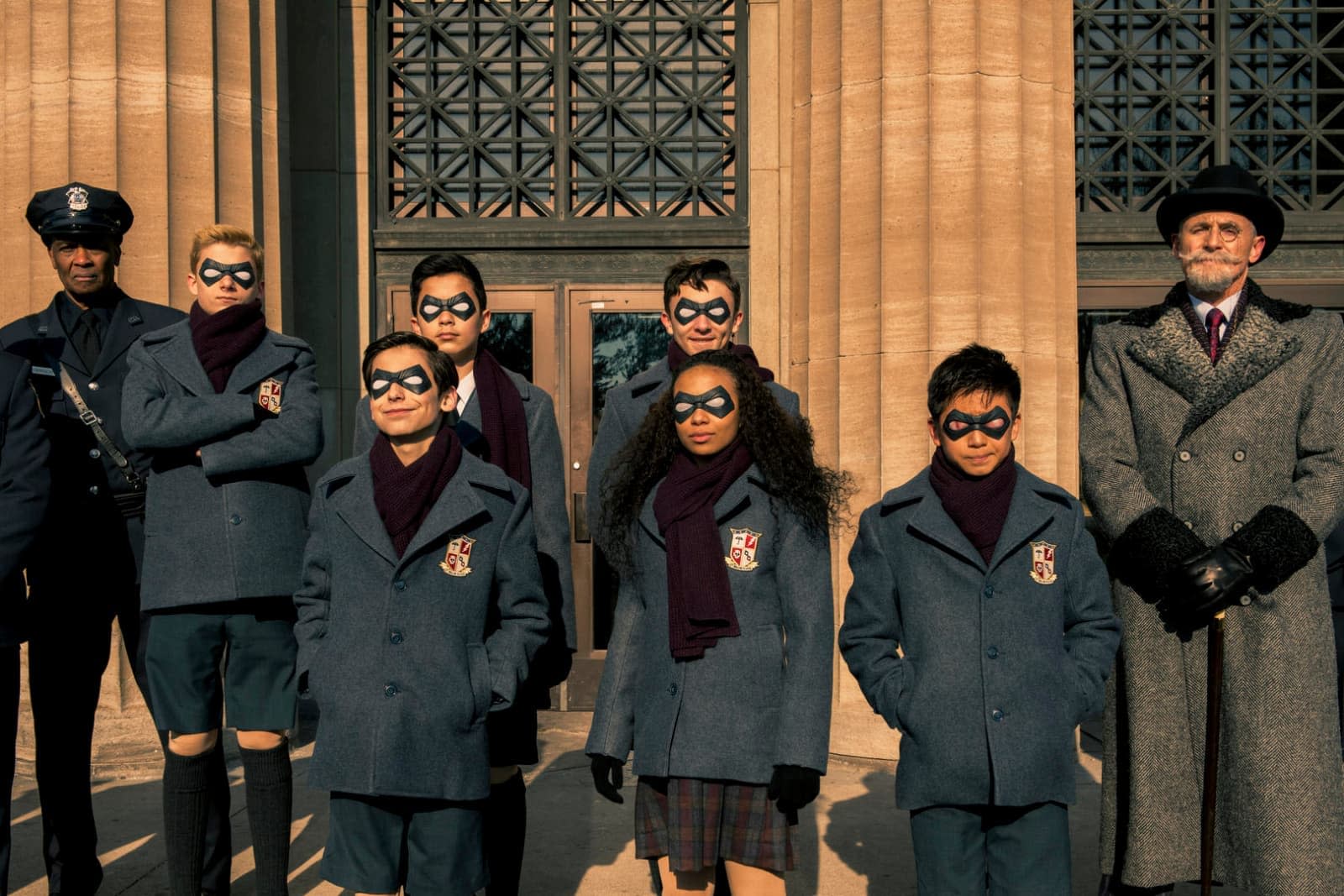 One of the biggest original titles coming to Netflix next month is The Umbrella Academy, and the first full trailer for the superhero show has landed. The adaptation of Gerard Way and Gabriel Bá's award-winning comic book centers on a group of young people who were born on the same day in 1989 -- to mothers who weren't pregnant before that morning.

A billionaire adopts several kids, who showcase some extraordinary abilities, and trains them to protect the planet. When he dies several years later, the misfit siblings reunite to solve the mystery behind his death, all the while trying to stave off the apocalypse.

If that premise wasn't high-concept enough, the trailer makes it clear the vibe is very much an offbeat one. It features time travel and fantasy dance sequences, as well as a talking chimpanzee. The surreal tone should help The Umbrella Academy stand out from other streaming superhero shows, such as the brooding Titans. Ellen Page and Mary J. Blige lead the cast in the 10-episode first season, which arrives on Netflix February 15th.

In this article: av, ellenpage, entertainment, gabrielba, gerardway, maryjblige, netflix, streaming, theumbrellaacademy, umbrellaacademy
All products recommended by Engadget are selected by our editorial team, independent of our parent company. Some of our stories include affiliate links. If you buy something through one of these links, we may earn an affiliate commission.