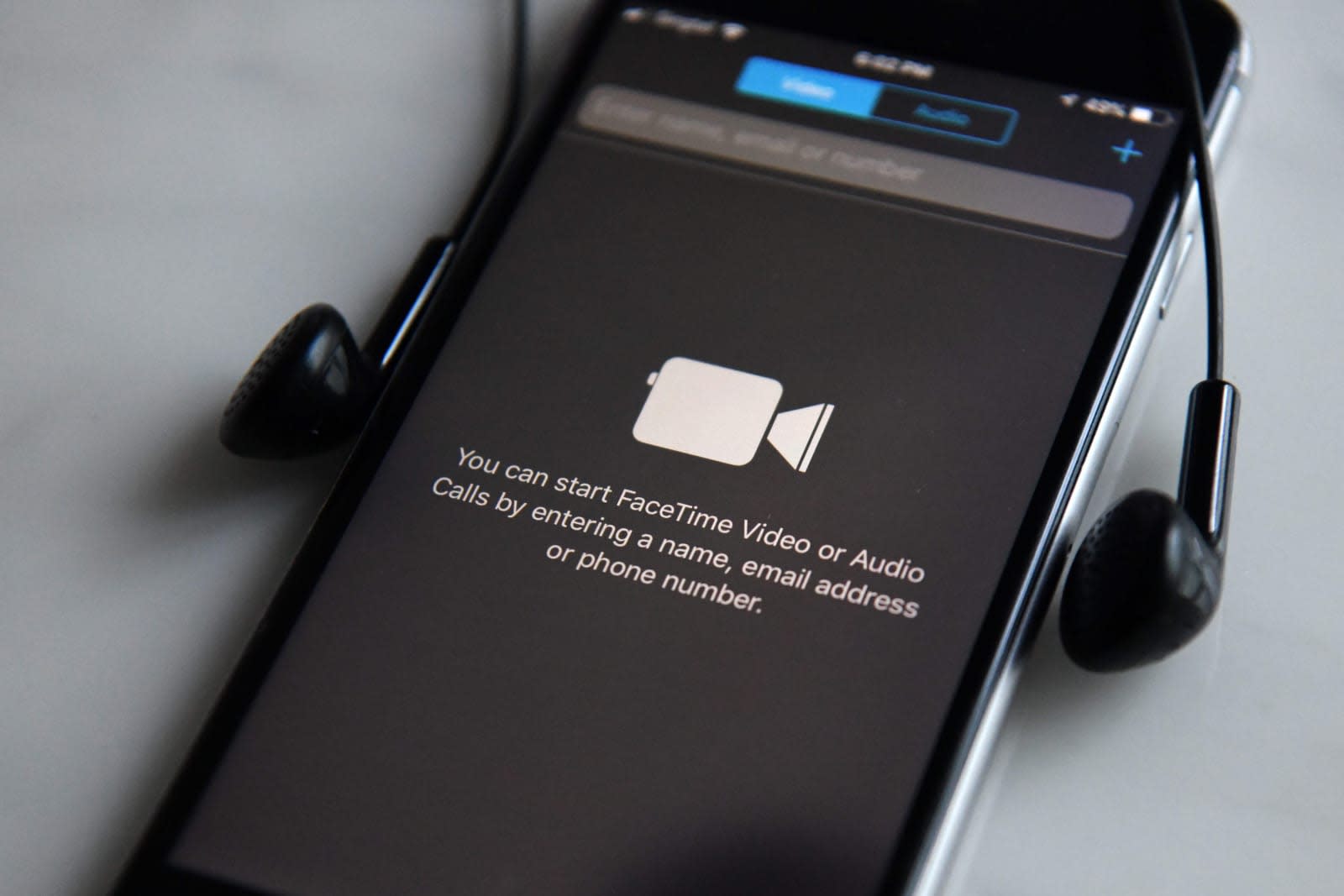 Apple's FaceTime might make it a little too convenient to drop in on a friend. Reports have emerged of a bug that lets you listen to the other side's audio before a call has even started. All you have to do is start a FaceTime call, add a person, and choose your own phone number when prompted. If you try that, you effectively start a group call while the other side's device is still ringing. It's not necessarily eavesdropping, especially when the other side can hear you, but it could easily lead to catching someone off-guard.

Engadget has confirmed that the technique works, and it should apply to any call started from an iOS device running IOS 12.1 or later. This also applies to calls made to Macs using Mojave.

We've asked Apple for comment. There's a good possibility it can address this glitch through a software update in the near future, but it's not a great look when the firm just used CES to troll Amazon and Google over their approaches to user privacy. Clearly, Apple isn't completely immune to privacy issues -- even if they're the result of bugs rather than intentional policies.

Update 8:04PM ET: An Apple spokesperson tells Engadget that the company is "aware of the issue" and that a fix will arrive as a software update "later this week." It's a good thing, too, as a recipient who hits the power button to dismiss the call will send video.

Now you can answer for yourself on FaceTime even if they don't answer🤒#Apple explain this.. pic.twitter.com/gr8llRKZxJ

Update 11:27 PM ET: Apple has not confirmed anything, however its system status page shows that Group FaceTime is "temporarily unavailable." If Apple turned off access to the feature, that should prevent anyone from exploiting the bug until it can roll out a proper fix.

In this article: apple, bug, facetime, gear, internet, ios, ipad, iphone, mobile, security, video, videocalling, videochat, voicechat
All products recommended by Engadget are selected by our editorial team, independent of our parent company. Some of our stories include affiliate links. If you buy something through one of these links, we may earn an affiliate commission.