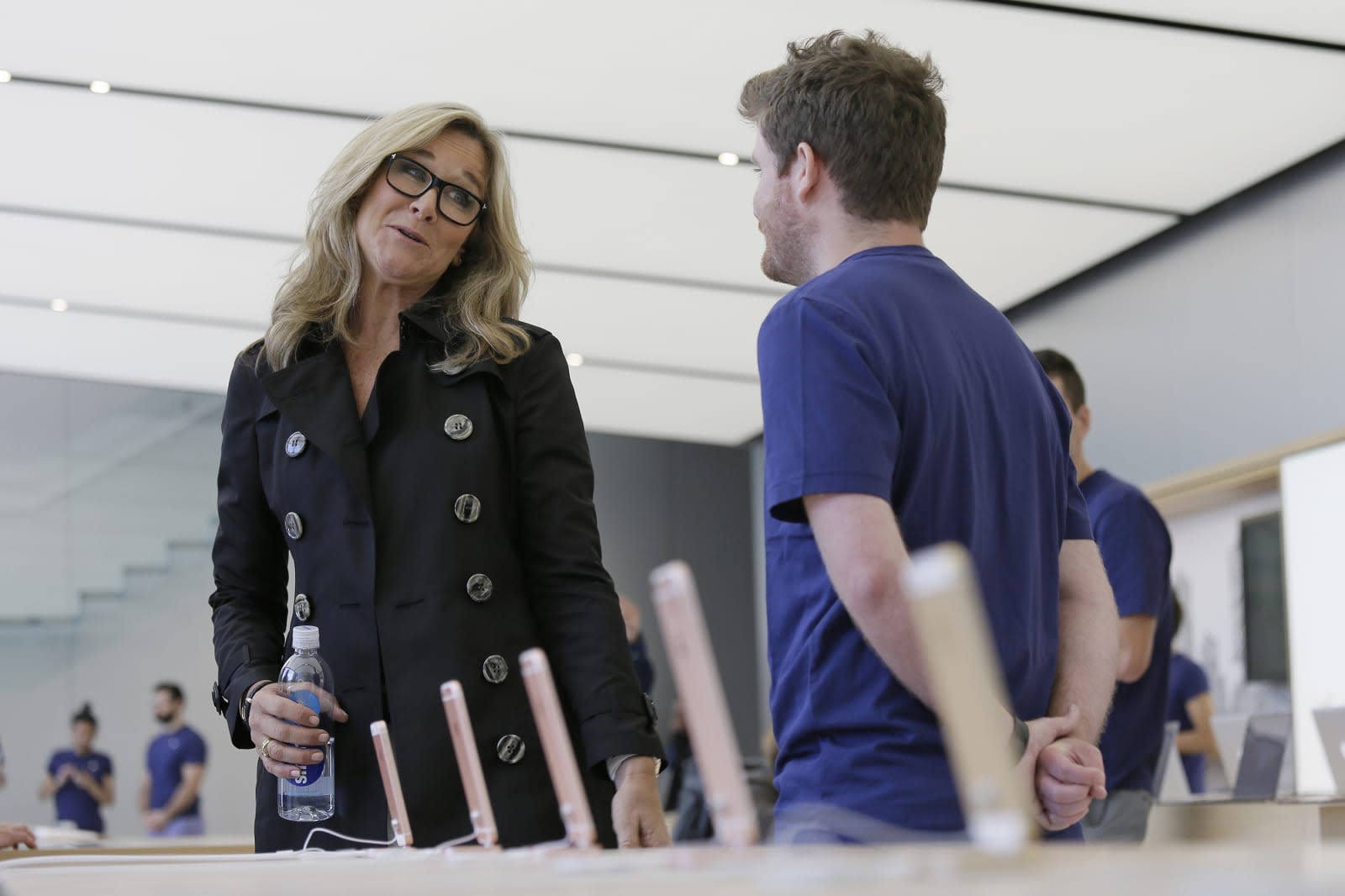 It's the end of an era for Apple's retail ambitions. Senior retail VP Angela Ahrendts is leaving the company after five years as she looks for "new personal and professional pursuits." Her replacement is People VP Deidre O'Brien, a three-decade veteran of Apple who'll continue to handle the People team in her new role.

It's not clear just what prompted the exit, although Ahrendts characterized it as an amicable departure -- her stint at Apple was the "most stimulating, challenging and fulfilling" part of her career, according to a statement. She added that there was "no better time to pass the baton" to O'Brien.

Ahrendts came to Apple after leaving the CEO role at Burberry, and her influence on the tech giant's retail experience was conspicuous. She envisioned Apple's stores as community spaces, introduced more creative workshops and introduced displays that were as much about experiences (such as smart homes or music) as they were selling products. She played an important role in getting the Apple Watch off the ground, too, bringing a boutique-like experience to smart wristwear.

Apple's strategy isn't likely to undergo any rapid changes under O'Brien, but her perspective is likely to be different. Where Ahrendts was a fashion industry icon making her way into tech, O'Brien has been with Apple for ages. That's likely to influence her decisions. She may feel pressure to make changes, too. Ahrendts is leaving mere days after Apple reported slow iPhone sales, and the company may count on O'Brien to help rekindle interest.

In this article: angelaahrendts, apple, applestore, business, deidreobrien, gear, retail, shopping
All products recommended by Engadget are selected by our editorial team, independent of our parent company. Some of our stories include affiliate links. If you buy something through one of these links, we may earn an affiliate commission.