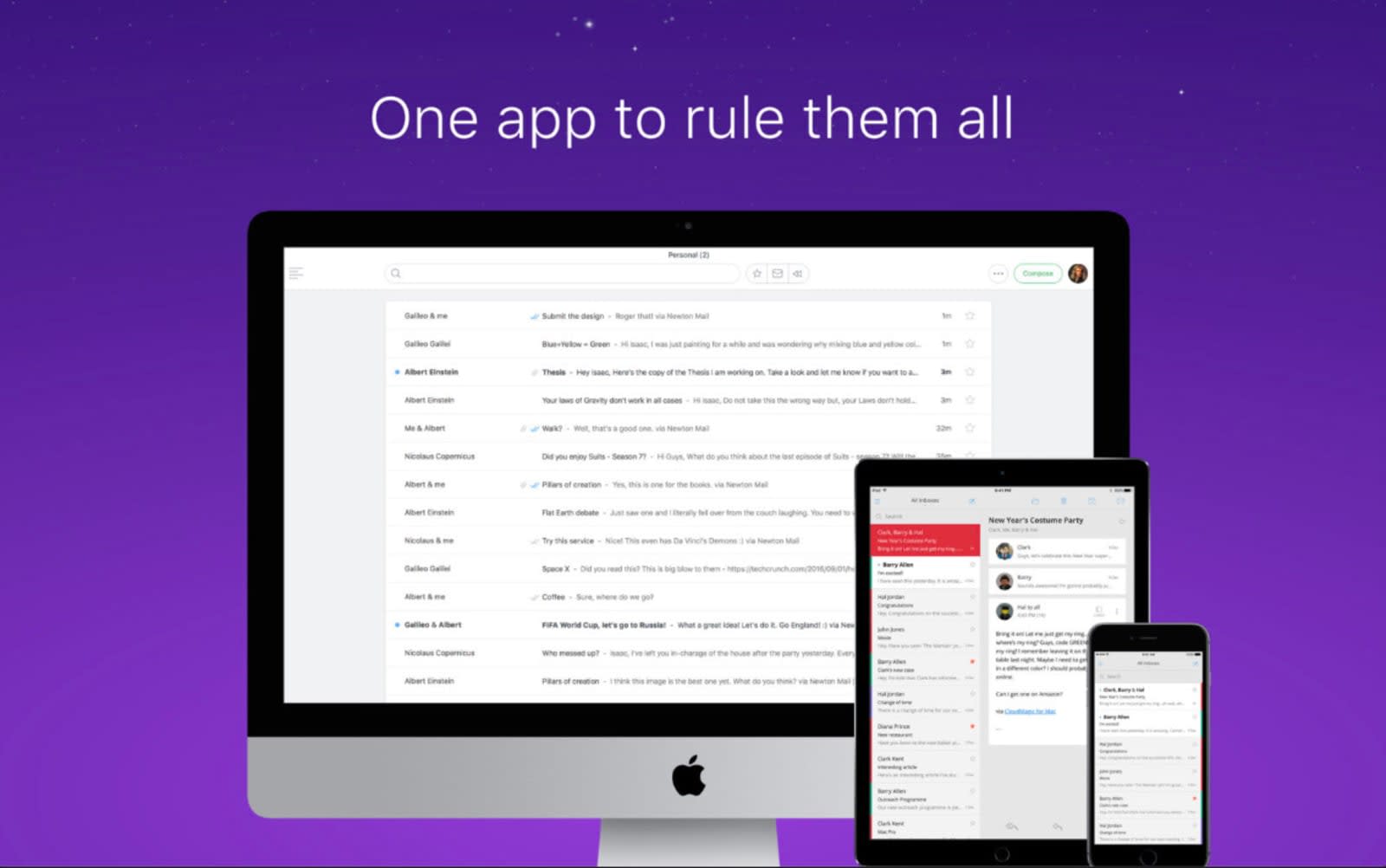 The Newton Mail email service bid subscribers farewell in September, but now it seems to be back. 9to5Mac has spotted an updated version on the iOS App Store and Engadget can confirm that it's also available on Google Play for Android and on Mac. "We are thrilled to be back. If you still have your Newton account, just log in using your Newton username and password," state the developer's notes on the App Store and Google Play.

New perks listed for iOS include the ability to delete a single mail in a thread, support for "mark unread from here," support for task managers such as OmniFocus, Things, 2doapp and Bear, and the option to add GIFs via Giphy's iPhone keyboard. In addition, there are a ton of improvements on Mac Compose. The annual subscription charge of $50, which may have been responsible for its downfall, remains intact. We've reached out to the company for more information.

The email service launched in 2013 and was rebranded Newton Mail in 2016. Praised for its emphasis on simplicity across multiple platforms, it went on to corral 40,000 paying users. Alas, that wasn't wasn't enough to save it from its demise. Its parent CloudMagic announced the end was nigh in August of last year, but was thrown a lifeline the following month when it was acquired by Andy Rubin's troubled smartphone brand Essential. A revival, however, never materialized...until today.

In this article: cloudmagic, email, gear, internet, newtonmail
All products recommended by Engadget are selected by our editorial team, independent of our parent company. Some of our stories include affiliate links. If you buy something through one of these links, we may earn an affiliate commission.