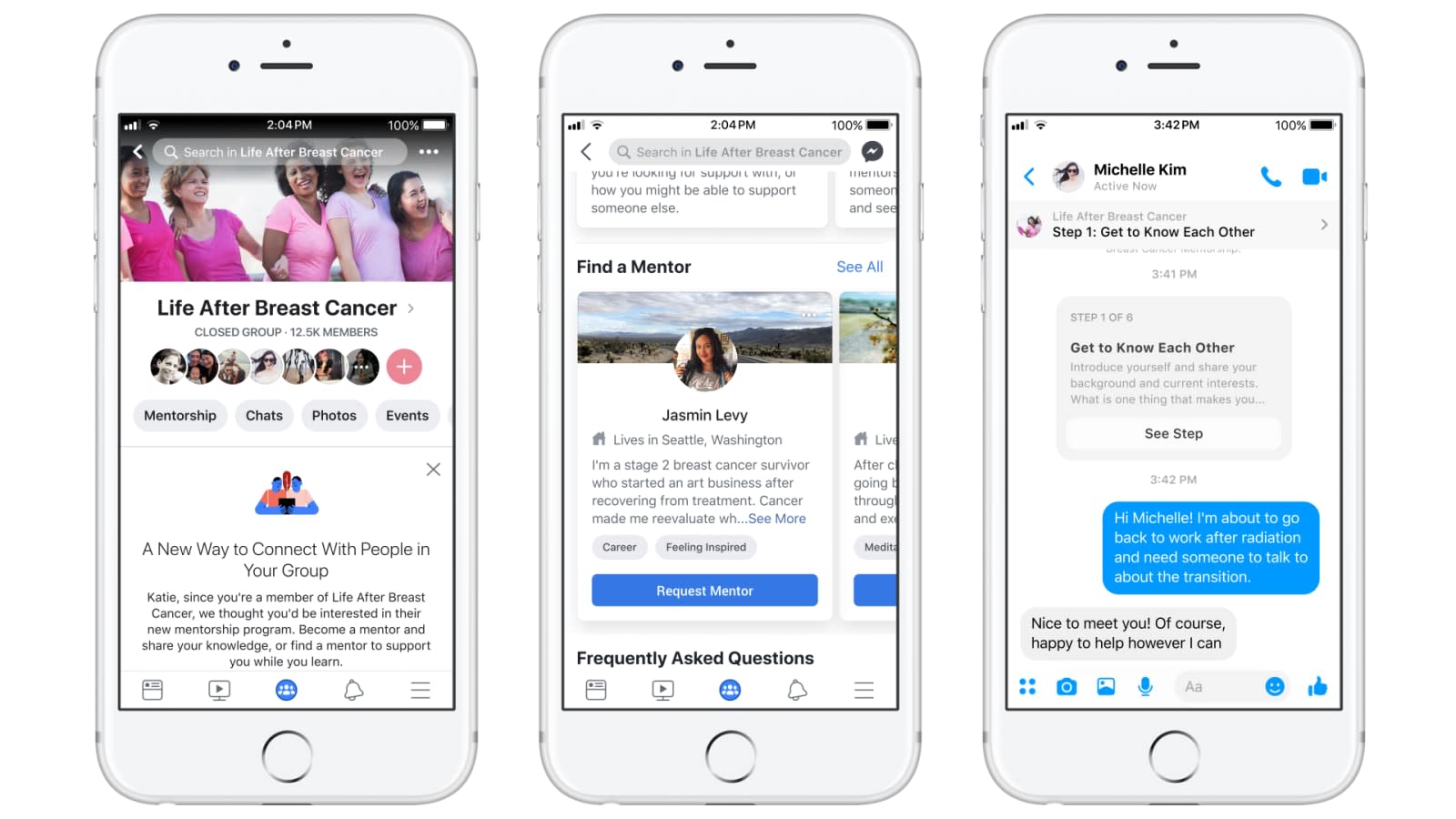 Amid a slew of executive departures, circulated misinformation and efforts to unify multiple chat platforms, Facebook is updating tools that people still use on its core site. At the Facebook Communities Summit in Menlo Park today, the company introduced a slew of new features and expanded the rollout of some tools in testing that are meant to help Group and Page admins better engage their members.

First, it added new post formatting options that lets admins style their missives with headers, blockquotes and numbered and unnumbered lists. It's also introducing management tools so they can inform members when they've broken rules or look through join requests by a user's name. Admins will also be able to filter their activity logs by date range.

Facebook is also launching a pilot program so groups and brands can collaborate, as well as expand subscription groups to more of its partners. The company is also ready to take its Mentorship program to all Groups, so people can connect with fellow members to learn from them. There were concerns at launch that the Mentorship program could be easily abused, but since launching it for Groups in August, the company seems ready to bring it to the general public. The feature will start rolling out over the next few months, starting in North and South America.

Meanwhile, Facebook is also expanding its more-charitable services this year. In the next few months, the network will launch its blood donations feature in the US, and later this year, it will let Instagram users support their favorite nonprofits with donation stickers in Stories.

At the summit, Facebook noted that community is its backbone, and with the terrible year it had in 2018, the company needs to make sure the people who still use its services want to stay. These new tools could help to ensure that one of the still-popular parts of Facebook remain useful to those who rely on it.

In this article: facebook, FacebookGroups, gear, internet
All products recommended by Engadget are selected by our editorial team, independent of our parent company. Some of our stories include affiliate links. If you buy something through one of these links, we may earn an affiliate commission.