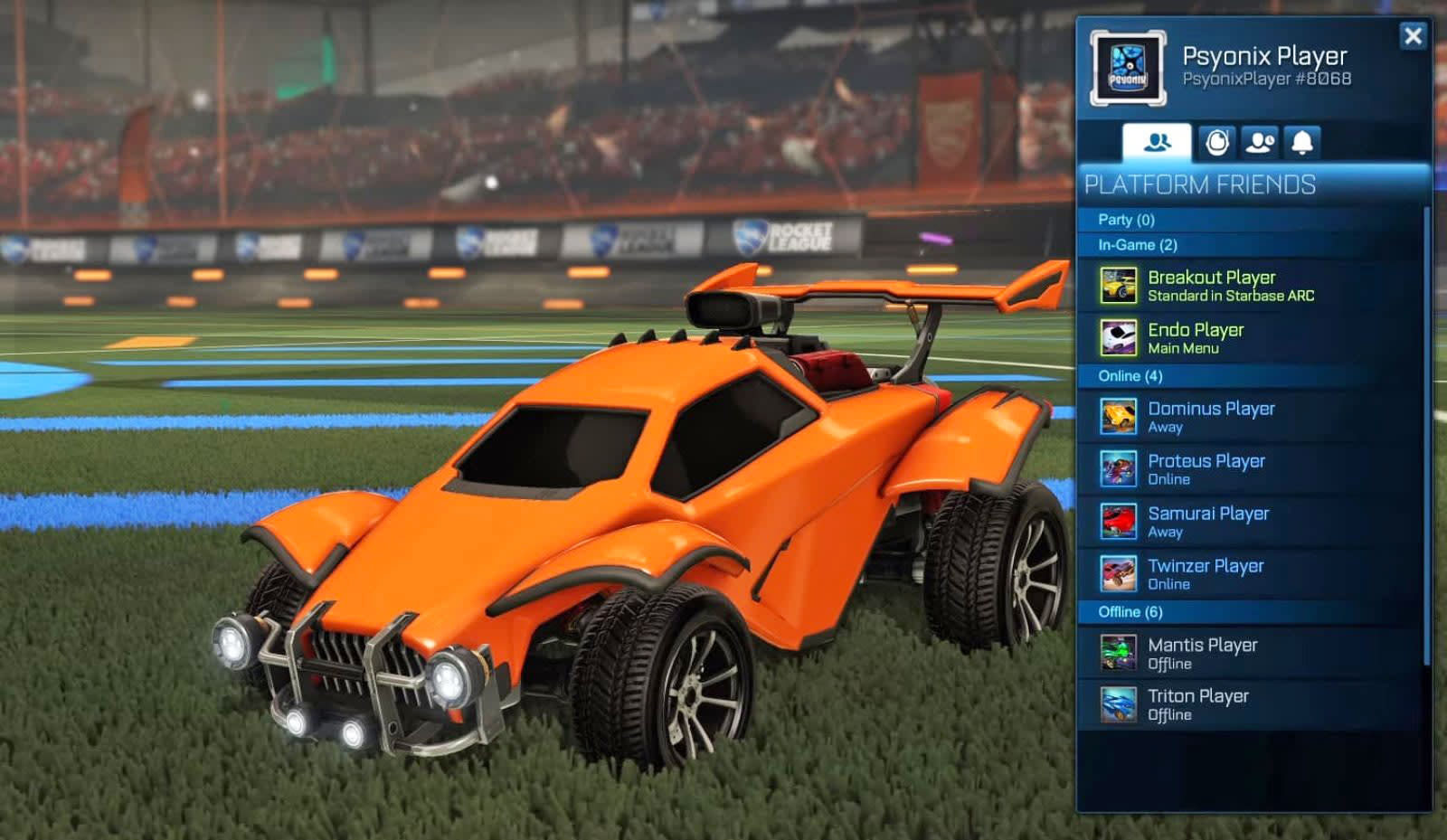 Rocket League is one of a select few games to offer full cross-platform play after Sony loosened up some of its restrictions. While PS4 players have been able to take on rivals on PC for some time and, since last month, those on Switch and Xbox One, gamers haven't had an easy way to partner up with their buddies on other platforms. That's about to change on February 19th, when the Friends List party system arrives.

The Friends List has four tabs. The first displays your friends playing on the same platform, and the second includes your buddies playing on different systems. The other tabs are for recent players and notifications, including those all-important party invites. You'll also see invites for clubs, which now also work across platforms.

We're throwing a party and you're invited! The Friends Update will go live on Feb. 19. Watch our walkthrough of the Friends List and Cross-Platform Parties!

To add a friend, you'll need to know their RocketID, which combines their username with a four-digit number. This is automatically assigned, though you can change your RocketID username from an option at the bottom of the list (the number will stay the same).

Psyonix said in October it was delaying its RocketID system until this year, to make sure it was compatible with PS4. After Sony gave the thumbs up for cross-platform play, Rocket League players now only need to wait one more week until they can form elite car soccer teams with their pals on other platforms.

Meanwhile, next week's update also brings practice options for extra modes (including Hoops and Rumble), Competitive Season 9 rewards and a way to see your number of weekly wins. However, an event that was planned for this month has been canceled. Psyonix will focus instead on a different upcoming event.

In this article: av, cross-platform, games, gaming, nintendo switch, pc, ps4, rocketleague, switch, xbox one
All products recommended by Engadget are selected by our editorial team, independent of our parent company. Some of our stories include affiliate links. If you buy something through one of these links, we may earn an affiliate commission.