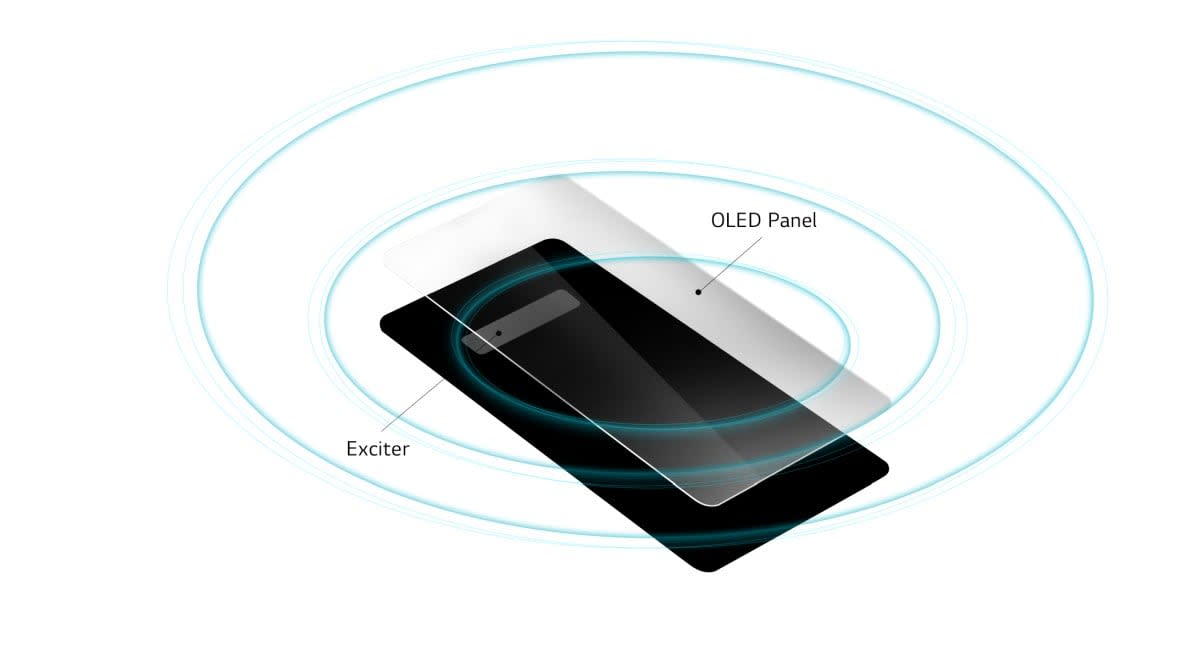 Even though we've likely seen all of the outside of LG's next flagship phone, there's still a lot to learn about the G8 ThinQ and the company is sticking to its custom by slowly releasing info as we near its MWC 2019 launch. Tonight LG has revealed more about its audio setup, which includes a "Crystal Sound OLED." Similar to LG-developed OLED technology we've seen come to market in Sony's TVs, it vibrates the screen to produce sound, with an effect that the company claims increases volume, with musical notes more discernible and voices clearer. Vivo's all-glass phone appears to be using tech that's either similar or the same.

This doesn't mean the phone's screen will be shaking all the time, however, as LG explains that in speakerphone mode it will deliver audio through the bottom speaker, and step up to two channels with the top part of the screen. Other audio features we'll need to experience in Barcelona include support for emulated 7.1 surround using DTS:X with or without headphones, and its "Boombox Speaker" design that uses space within the phone as a resonance chamber to fill out its sound. It even supports the Master Quality Authenticated (MQA) encoded audio that Tidal uses and has a Hi-Fi Quad DAC.

In this article: audio, Crystal Sound, G8, gear, lg, mobile, MWC 2019, MWC2019, OLED
All products recommended by Engadget are selected by our editorial team, independent of our parent company. Some of our stories include affiliate links. If you buy something through one of these links, we may earn an affiliate commission.