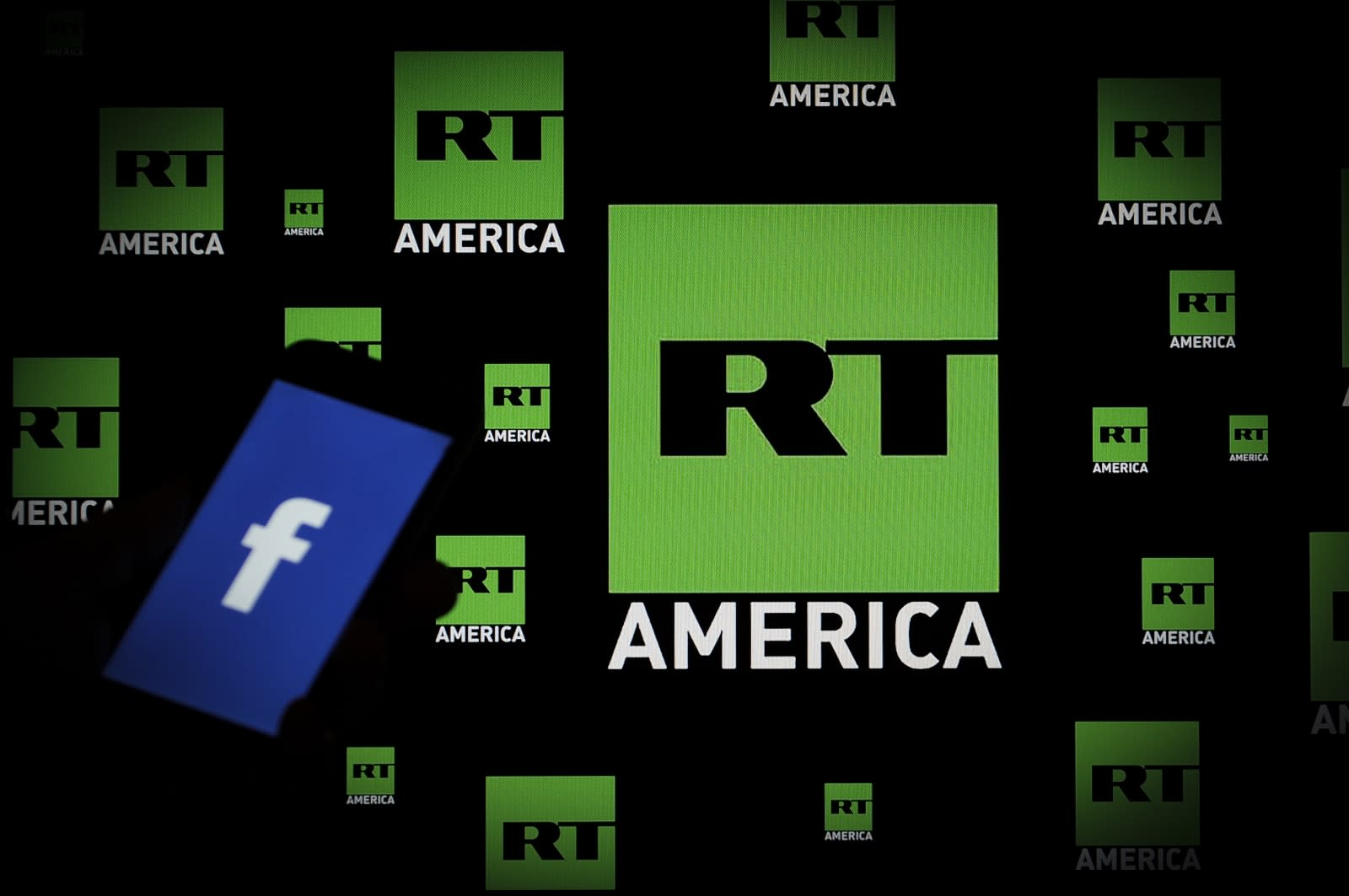 Facebook's crackdown on Russia-linked accounts has usually taken down outlets with a relatively small presence, but its latest move is more substantial. The social network has suspended three Pages from Maffick Media, a viral video outlet that has racked up 30 million views in the space of a few months, over a lack of disclosure. Maffick is majority-owned by Ruptly, a subsidiary of the Russia-backed outlet RT, but didn't mention this on any of its Pages, including politically slanted ones like Soapbox and Backthen. Facebook doesn't officially require disclosure for Pages' parent companies like it does for political ads, but a spokesperson told CNN that it would ask for disclosure as part of an effort to give people "more information about the Pages they follow."

"People connecting with Pages shouldn't be misled about who's behind them," the spokesperson said.

Maffick COO J. Ray Sparks has insisted that his company is editorially independent of RT, and that it was "standard business practice" to leave the parent firm's name out of a Page. CEO Anissa Naouai did host a show called In the Now on RT (since on Facebook and part of the suspension), but Sparks pointed to examples of less-than-flattering portrayals of Russia on that program. Moreover, presenter Rania Khalek has accused Facebook of a double standard, demanding disclosure for government connections that allegedly don't apply to outlets like the BBC, Al Jazeera or NPR. She went so far as to claim this was a US government attempt to silence views critical of its policies.

However, it's not quite so clear-cut. In addition to hosting a show on RT, Naouai has been a long-time friend of RT editor-in-chief Margarita Simonyan, who allegedly helped run Vladimir Putin's 2012 election campaign and has denied RT's links to the Russian government despite evidence to the contrary. And while Khalek tried to claim that Maffick's connection to RT is no different than CNN's connections to its ad sponsors, that's not true. CNN's advertisers aren't owners, but Ruptly (and therefore RT) does have a controlling stake in Maffick.

There's also concerns over the editorial direction of Maffick. While Khalek has claimed there's a "McCarthyist" campaign against Maffick's "leftist" views, the outlet has generally adopted Russia's stances on issues like Venezuela's leadership while sidestepping criticism of the Putin regime -- that fits with Russia's strategy of stoking social tensions in the US. Combine that with Maffick's staff payments (it asks workers to create companies so it can pay salaries with international transfers) and there are concerns Russia is running an influence campaign while using creative business methods to hide its role.

In this article: facebook, gear, internet, maffickmedia, rt, ruptly, russia, socialnetwork, SocialNetworking
All products recommended by Engadget are selected by our editorial team, independent of our parent company. Some of our stories include affiliate links. If you buy something through one of these links, we may earn an affiliate commission.