For when your kids are ready to do more than just code.

Sphero's been amusing us with its collection of robotic balls, like its adorable BB-8, for eight years. But lately the company has been getting away from the toy aspect of its products and embracing its educational potential. It's had an app that can be used to program many of its current bots for a while now, but that's only for budding coders — what do kids interested in hardware have to tinker with? Indeed, Sphero is about to release its first robot specifically made to be physically modded, called the RVR.

RVR — that's pronounced "Rover" — is a big change for Sphero. First off, it's not even a sphere! It's more of a rounded brick, with a set of tank treads on each side. The front and rear of have headlights and taillights, right above the infrared ports that the RVR will use to communicate with other Sphero units. On the bottom there's a color sensor, courtesy of Specdrums, a music education startup that Sphero acquired last year. Being able to "read" colors adds even more programming possibilities, but the real bevy of sensors can be seen when you look at the unit's top side.

There's a transparent plastic covering which reveals all the electronics parts underneath. There's a light sensor, magnetometer, accelerometer and gyroscope in there too. The sensors are pretty good at making sure RVR goes where its supposed to go; kick the little guy and it'll course correct. But most notable is also what you can put on top of the robot: a special plastic cover with slots for all kinds of circuits and rotors and any other parts you can think of. Raspberry Pi and Arduino boards can be attached, as well as all kinds of servos, external sensors or speakers if you desire. 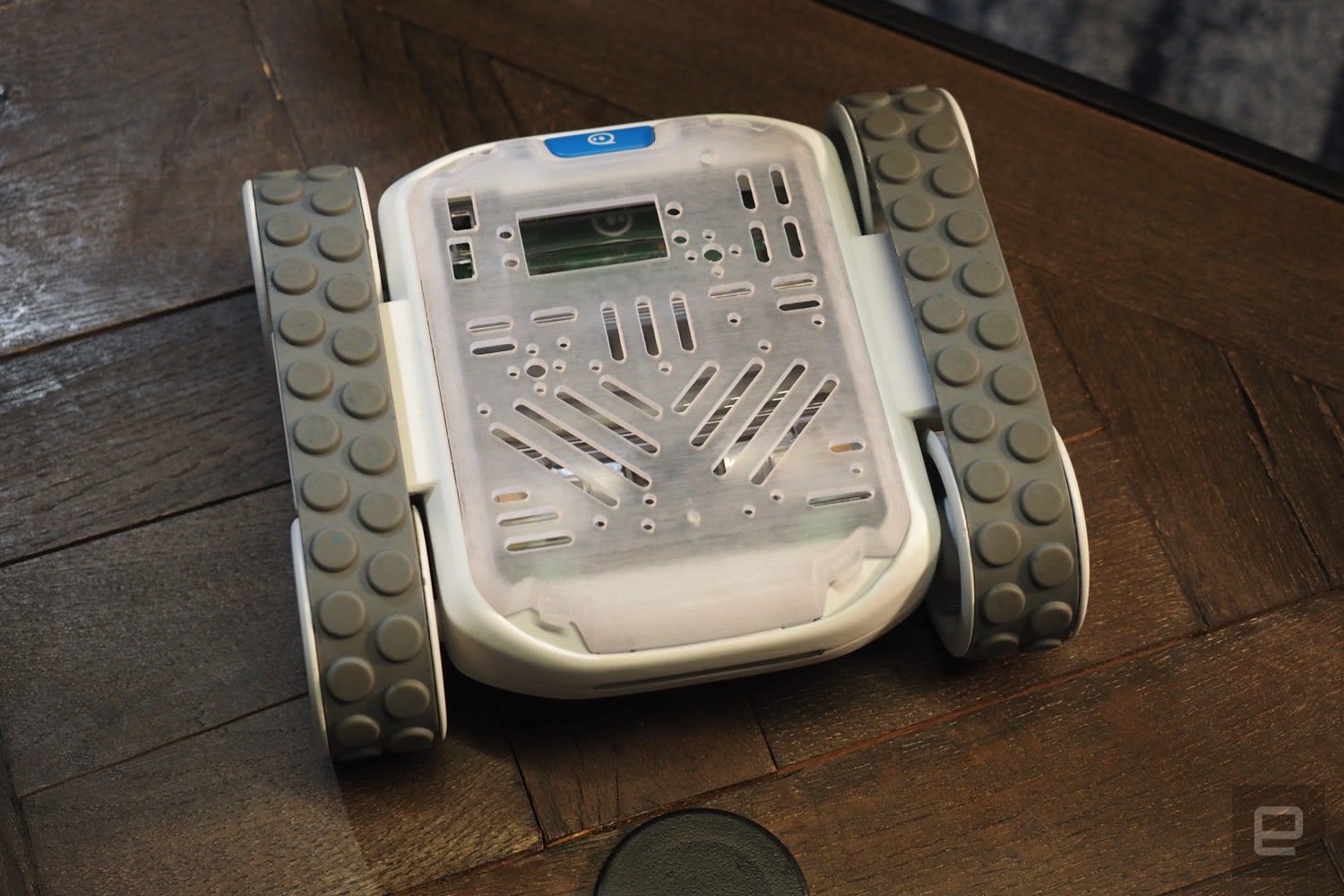 Not happy with the parts out there? Advanced users who've moved on to making their own circuit boards can be accommodated as well — the RVR has a standard 4-pin UART port, so it's easy to put together your own configurations of parts without worrying about proprietary connectors. If the current mounting plate doesn't do it for you, Sphero is going to release designs so you can 3D print replacements customized to your particular needs.

The RVR can be programmed using the standard Sphero EDU app, though you can still hack together your own interface too; Sphero's not trying to lock it down in any way. It won't even be selling parts, instead bundling the RVR with boards from Sparkfun. Sphero wants to encourage as much hacking and creativity as possible — it's not just boards or lights that are meant to fit in that top mounting plate; it should be able to support mechanized parts and maybe even blades if you were planning to build some kind of tiny murder machine. (Not that we're recommending you do so.) At least one child went as far as building a sort of "weed wacker" for the dandelions in their yard. 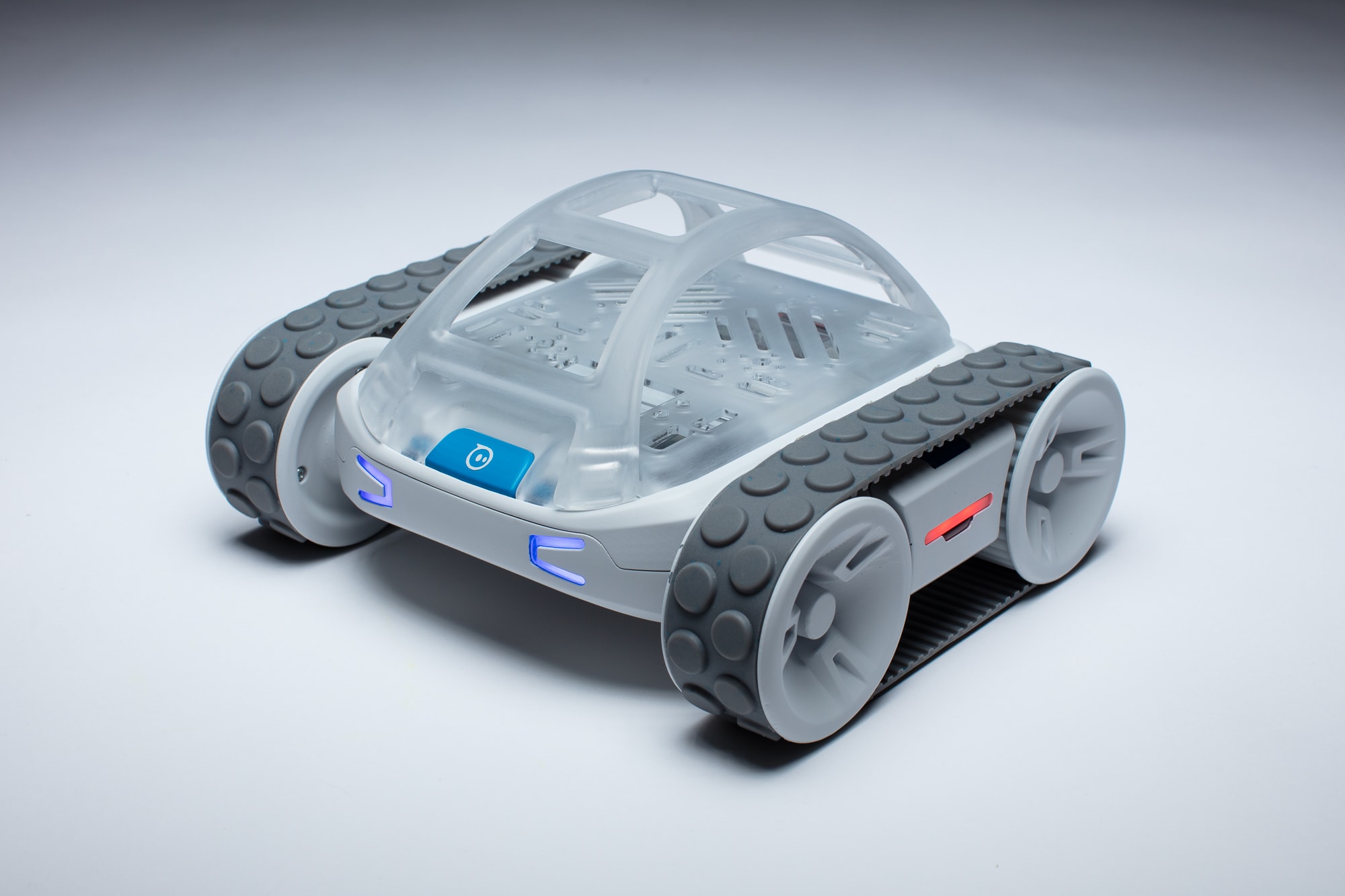 And if for some reason you don't feel like doing any kind of modding to your RVR at all? Well, that's fine too, because it's still a perfectly serviceable remote control vehicle that can zip around the floor, handle corners decently well and climb over short objects. There's even a special top plate just for the driving mode, with with a turtleback roof so if it flips over it'll have a better chance of righting itself.

If you can't wait to get your very own Sphero to tinker with, RVR will be launching on Kickstarter first, which the company prefers so it can receive feedback from what it considers more tech-savvy users. Those early backers will pay $199 for a unit (discounted from a final MSRP of $249), and get their RVR bots this September.