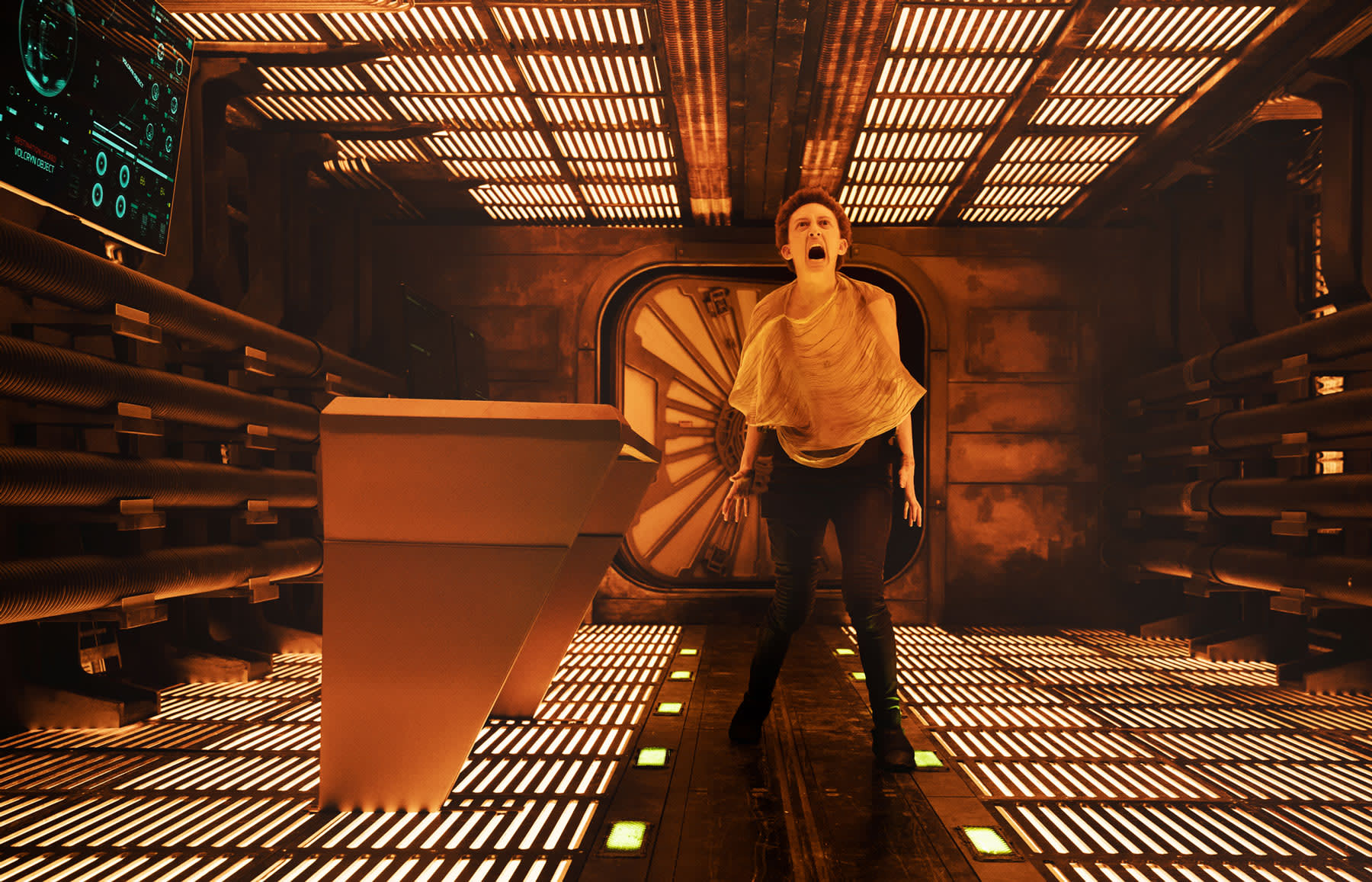 Nightflyers, the space drama based on George R.R. Martin's 1980 novella, could be grounded for good. Just a few months after Syfy released all 10 episodes simultaneously in an attempt to appeal to binge viewers, the network has chosen to forgo a second season. Deadline and The Hollywood Reporter both say that the show has been cancelled.

According to The Hollywood Reporter, Nightflyers was the most expensive drama Syfy has ever developed. To make it work, Syfy brought in Netflix as a co-producer and received funding from the government of Ireland, where the show was produced. The network had an aggressive launch strategy, airing the series over 10 nights in December, though you could stream all 10 episodes immediately. Nightflyers landed on Netflix in February (outside the US, anyway), but that did little to entice additional viewers.

The show, set in 2093, followed eight scientists traveling space in search of other life forms, and of course, terrifying, violent twists. Martin himself described the plot as "a haunted house story on a starship" and "Psycho in space."

Syfy hoped holding the streaming rights to Nightflyers would allow it to capitalize on digital sales and online streaming. But with only 420,000 live viewers tuning into the season finale, Syfy never got the chance. It is not yet clear if Netflix will pick up sole ownership and continue the series, but one of the show's leads was reportedly just cast as a series regular in a forthcoming comedy series. If that's the case, it might be tough for Nightflyers to continue.

In this article: av, entertainment, george rr martin, netflix, nightflyers, sci-fi, Syfy, tv shows
All products recommended by Engadget are selected by our editorial team, independent of our parent company. Some of our stories include affiliate links. If you buy something through one of these links, we may earn an affiliate commission.