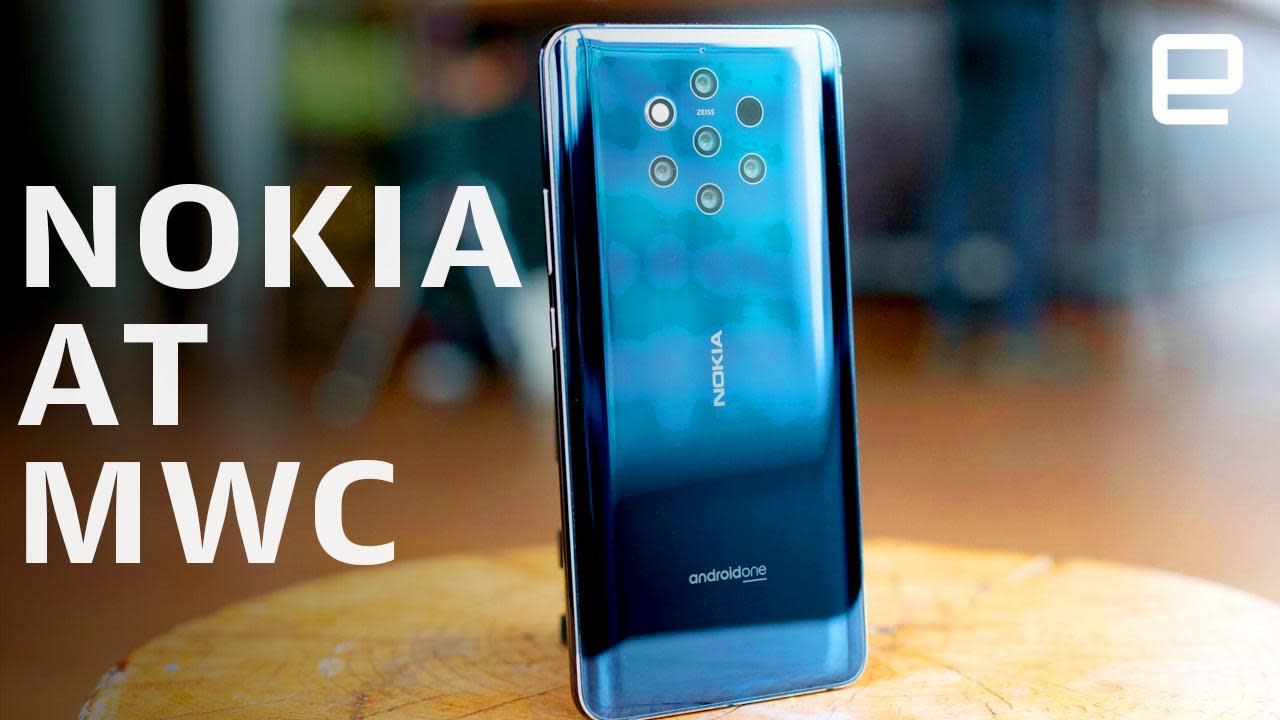 HMD's Nokia had to share billing with Microsoft's surprise MWC press event this afternoon in Barcelona -- funny, when Microsoft once owned the phone brand. Now standing on its own again, the company once again had plenty of new device news to share, which ran the gamut from candybar feature phones, cheap Android devices through to a new frontier in smartphone photography -- if you believe the Nokia 9 PureView hype. So if you haven't read what we thought of the new azure flagship with five (!) camera sensors, we've distilled Nokia's MWC showcase into a tidy 12-minute package.

In this article: android, android one, feature phone, gear, mobile, nokia, nokia 9, nokia 9 pureview, video
All products recommended by Engadget are selected by our editorial team, independent of our parent company. Some of our stories include affiliate links. If you buy something through one of these links, we may earn an affiliate commission.