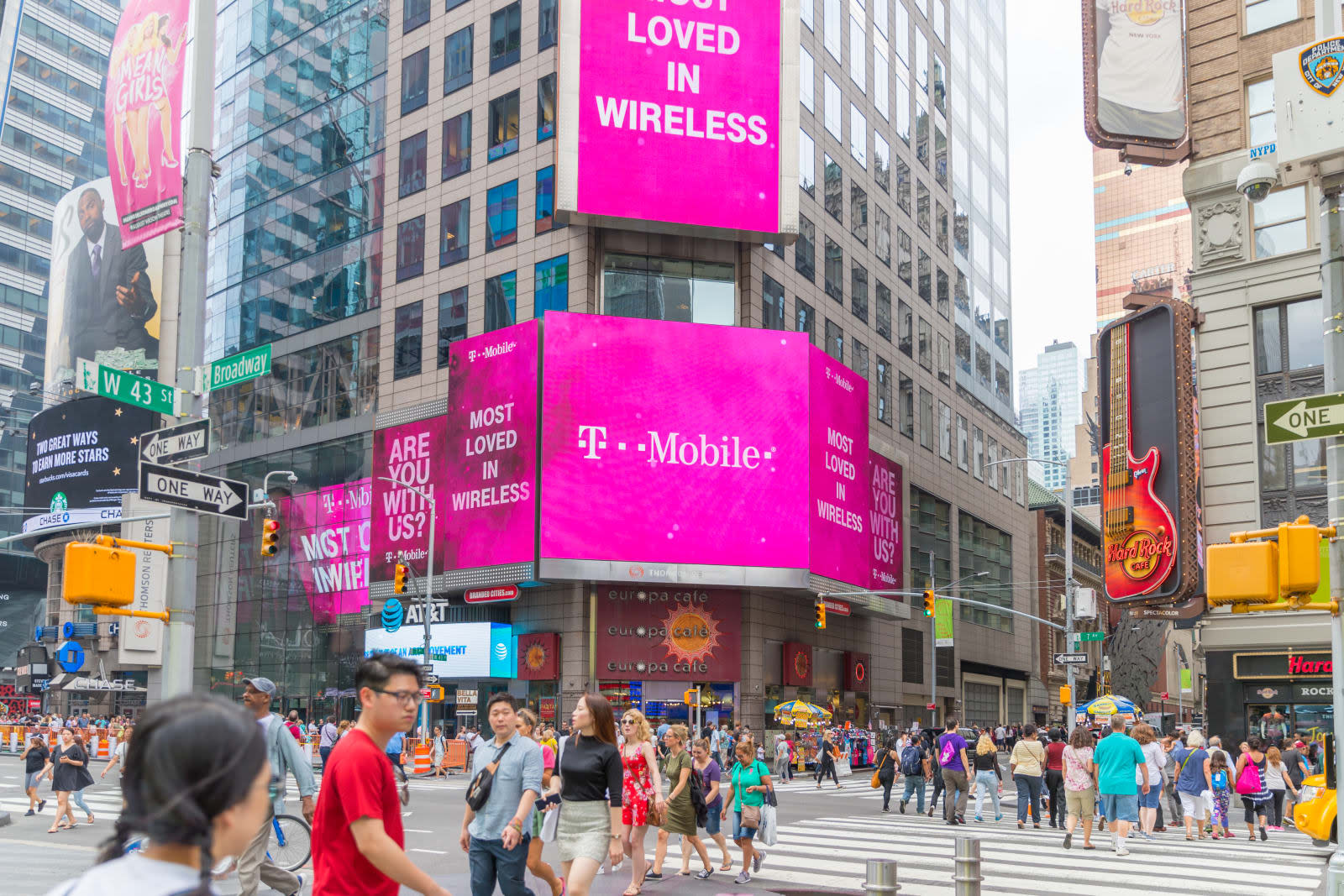 Earlier this week, rumors circulated that T-Mobile would delay its 5G launch until the second-half of this year. Today, CTO Neville Ray told PC Mag it still plans to start rolling out its 5G network in the first half of the year, and he also offered more good news: unlimited 5G data won't cost more than current plans, at least not now.

In order to win approval for its merger with Sprint, T-Mobile had promised not to increase consumer prices for three years. Now, it seems that applies to T-Mobile's soon-to-arrive 5G plans as well. That means unlimited 5G plans could cost as little as $70 per line, the base-rate for the company's current 4G service.

As PC Mag reports, we'll still have to wait for 5G running on T-Mobile's 600MHz spectrum until the second half of the year. In the near-term, the company will launch a "28GHz, short-range millimeter wave" spectrum in a handful of cities. So, while T-Mobile intends to activate 5G service for its customers in the first-half of the year, exactly when and how much coverage there will be remains to be seen. For now, we can at least count on T-Mobile offering unlimited at its current prices.

In this article: 5g, business, gear, mobile, prices, t-mobile
All products recommended by Engadget are selected by our editorial team, independent of our parent company. Some of our stories include affiliate links. If you buy something through one of these links, we may earn an affiliate commission.