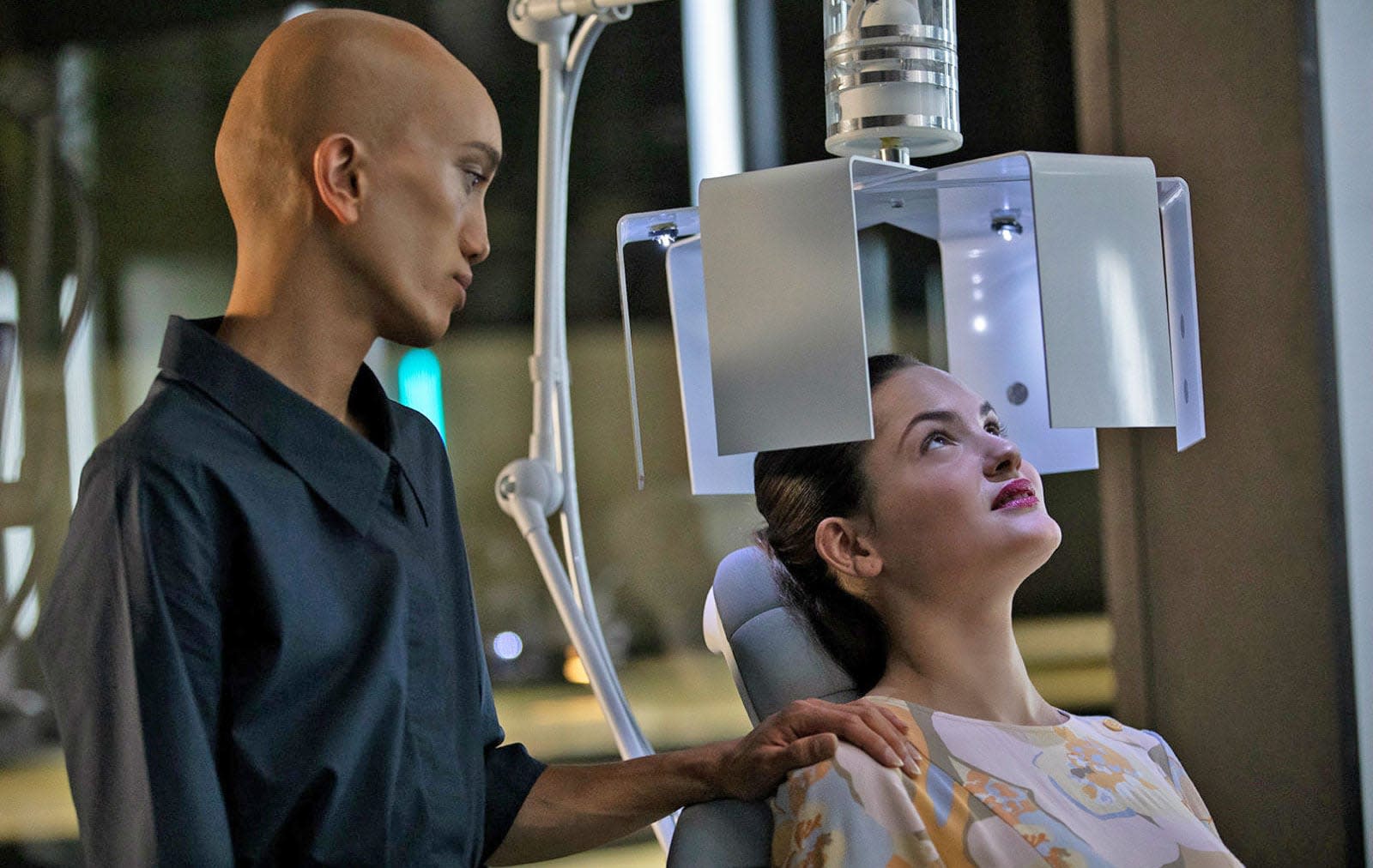 If Netflix's new Dating Around reality series is a touch too maudlin for your taste, then you'll probably dig its upcoming French original Osmosis. The first trailer for the technophobic show, which premieres March 29th, just landed and it's a literal head trip. Set in a near future, it follows several young Parisians who sign up to a beta program for an experimental dating technology designed to pair up soul mates. Then things get dark.

The clip shows the eager participants pop a pill like Neo in The Matrix (which turns 20 next month). But instead of taking back their life from a machine-dominated simulation, it puts their romantic fate in the hands of an AI named Martin. The strangers are also etched with an interactive biometric tag that seems to play cerebral mind games when touched. Naturally, things are more sinister than they initially seem and events take a terrifying turn for the worse. Yes, it looks like it was created by an algorithm trained on Black Mirror episodes and David Cronenberg movies, but that doesn't mean it will be any less absorbing.

When it was ordered in 2017, Osmosis was only the second French original to be greenlit by Netflix. Last year, the EU introduced new regulations that forced streaming services like Amazon and Netflix to produce at least 30 percent of content in Europe. At the time, Netflix promised to up its European programming from 141 shows and films to 221 this year.

In this article: AI, av, dating, entertainment, france, netflix, Netflix Originals, osmosis
All products recommended by Engadget are selected by our editorial team, independent of our parent company. Some of our stories include affiliate links. If you buy something through one of these links, we may earn an affiliate commission.