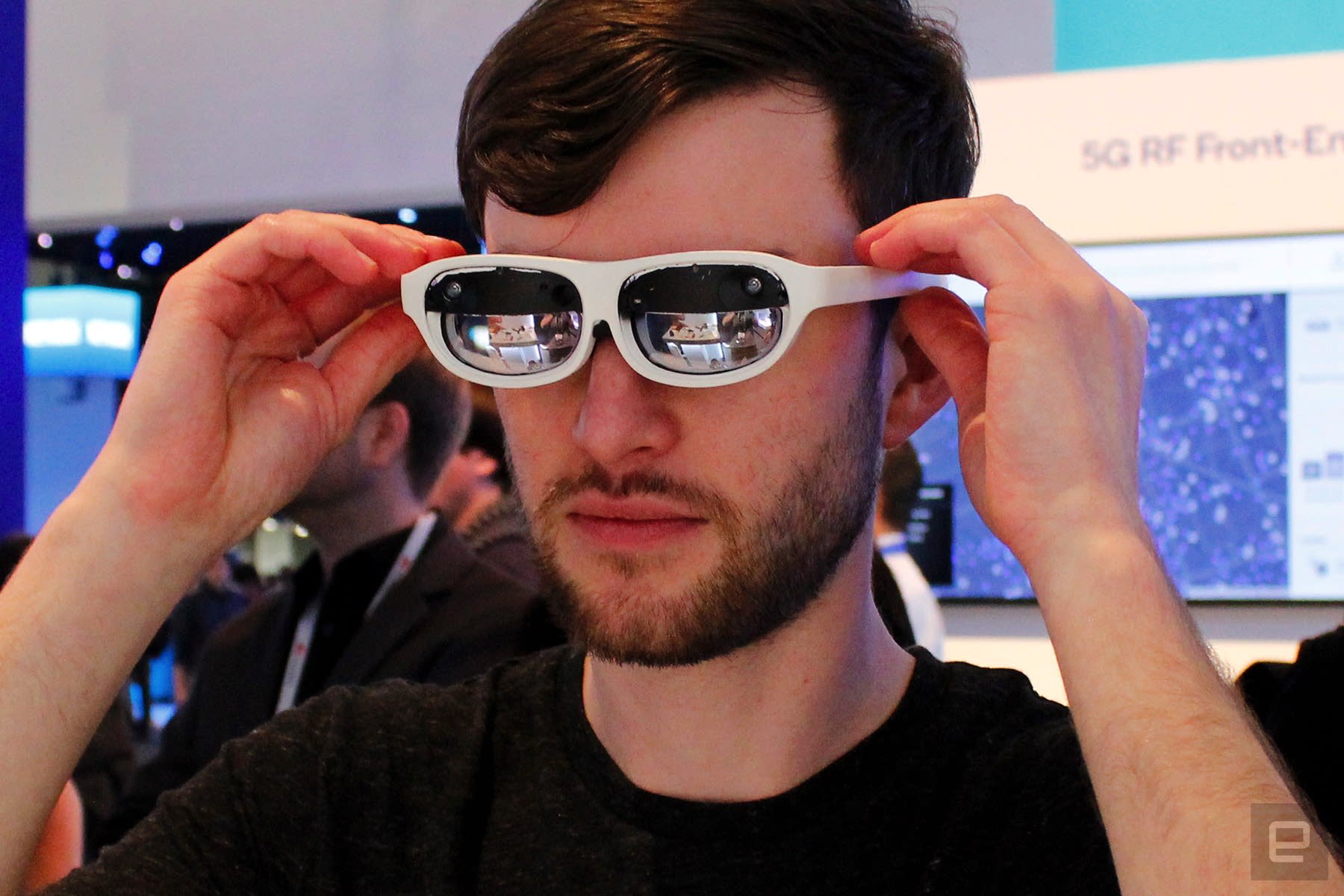 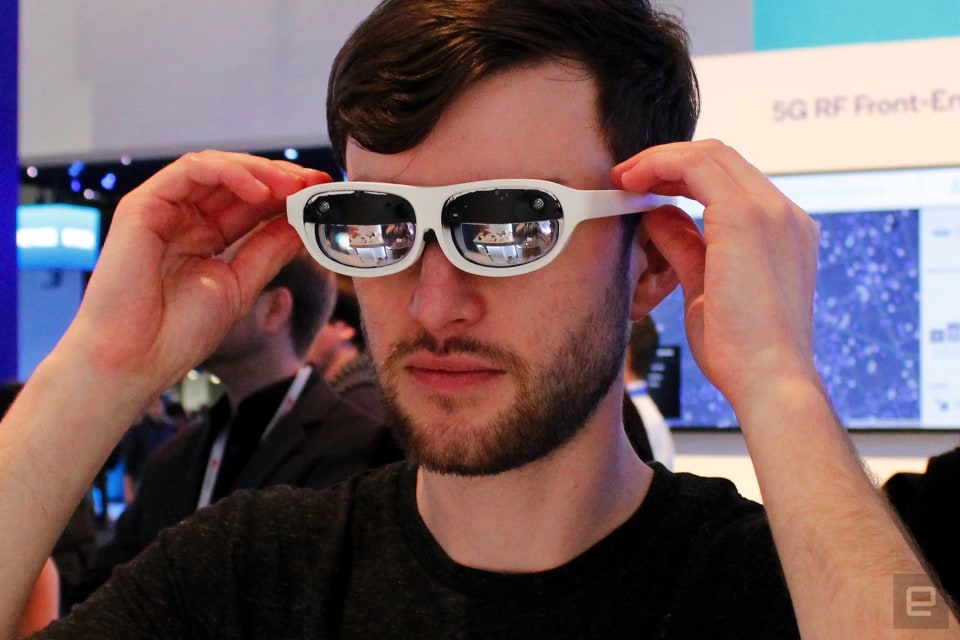 An early Nreal Light prototype. The final version will have fancy lenses covering the components.

Can 'mixed reality' glasses ever go mainstream? Nreal certainly thinks so. The company is pushing ahead with Light, a pair of "ready-to-wear" spectacles that project immersive videos, games and characters into your field of vision. Back at CES, we used the glasses while they were attached to a small, clip-on computing unit called 'Toast' (apparently it looks like a toaster?) Now, the company is showing how the smart glasses can work with a 5G-enabled, Qualcomm Snapdragon 855-powered smartphone instead. That means, in theory, the company can offer a cheaper Light at launch that doesn't require you to carry an extra gadget in your pocket.

Deep in the bowels of Mobile World Congress, I got the chance to slip on a pair and try some early demos. As my colleague Richard Lai noted, they're heavier and less discrete than most sunglasses. They are, however, dramatically lighter and less conspicuous than high-end mixed reality headsets such as the Magic Leap One and newly-announced HoloLens 2. I wouldn't be comfortable wearing these in public -- they look comically large on my British babyface -- but they have more style than 90 percent of the bulky and quite frankly terrible AR glasses that I see at CES every year. 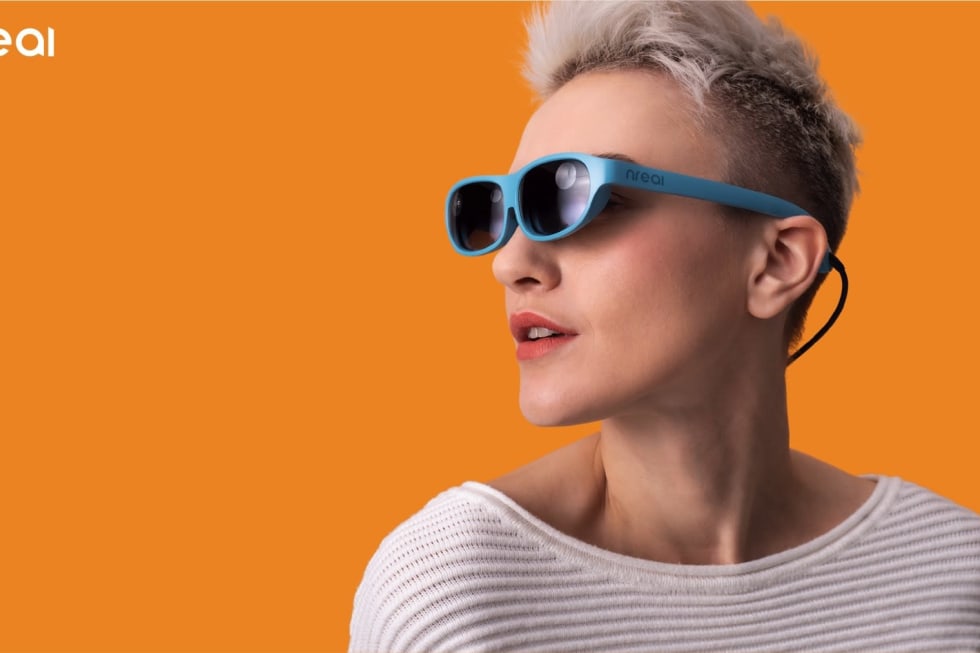 The design is also impressive considering it houses 1080p laser projectors, capable of 60 frames per second, for each eye. I spent a few minutes watching a soccer game between Roma and Barcelona in the International Champions Cup. The video was totally watchable -- the image was sharp and there was no discernible buffering. I could, however, see the edges of the virtual 'window' in my peripheral vision. It didn't ruin the experience but meant I had to step back occasionally to squeeze everything in. That's fine in a private space but potentially awkward on a crowded bus or train.

During my demo I also watched some 3D holographic characters. These included an adorable cat, two samurai warriors and three dancers made from a watery substance. None of them were particularly detailed -- they reminded me of the holographic chess pieces in Star Wars: A New Hope -- but kept me amused for a few moments. I then used the round, puck-like controller to close the application and, with a virtual pointer, open some movie trailers that included Ready Player One and Avengers: Infinity War. I wish the Light didn't need a wire connecting the glasses to a compatible smartphone or Toast. The alternative, I suppose, is a heavier and uglier wearable that has all of the processing power inside the frame. On balance, Nreal is probably taking the right approach. Eventually, I hope, the industry will nail a pair of smart specs that are indistinguishable from Ray Bans. The North Focals come close, but they're a different category of smart glasses -- one that's closer to Google Glass, rather than a full-blown AR experience like Magic Leap One. For now, I'll just have to be patient.

In this article: gear, mixed reality, mixed reality headset, mwc2019, nreal, nreal light, wearables
All products recommended by Engadget are selected by our editorial team, independent of our parent company. Some of our stories include affiliate links. If you buy something through one of these links, we may earn an affiliate commission.