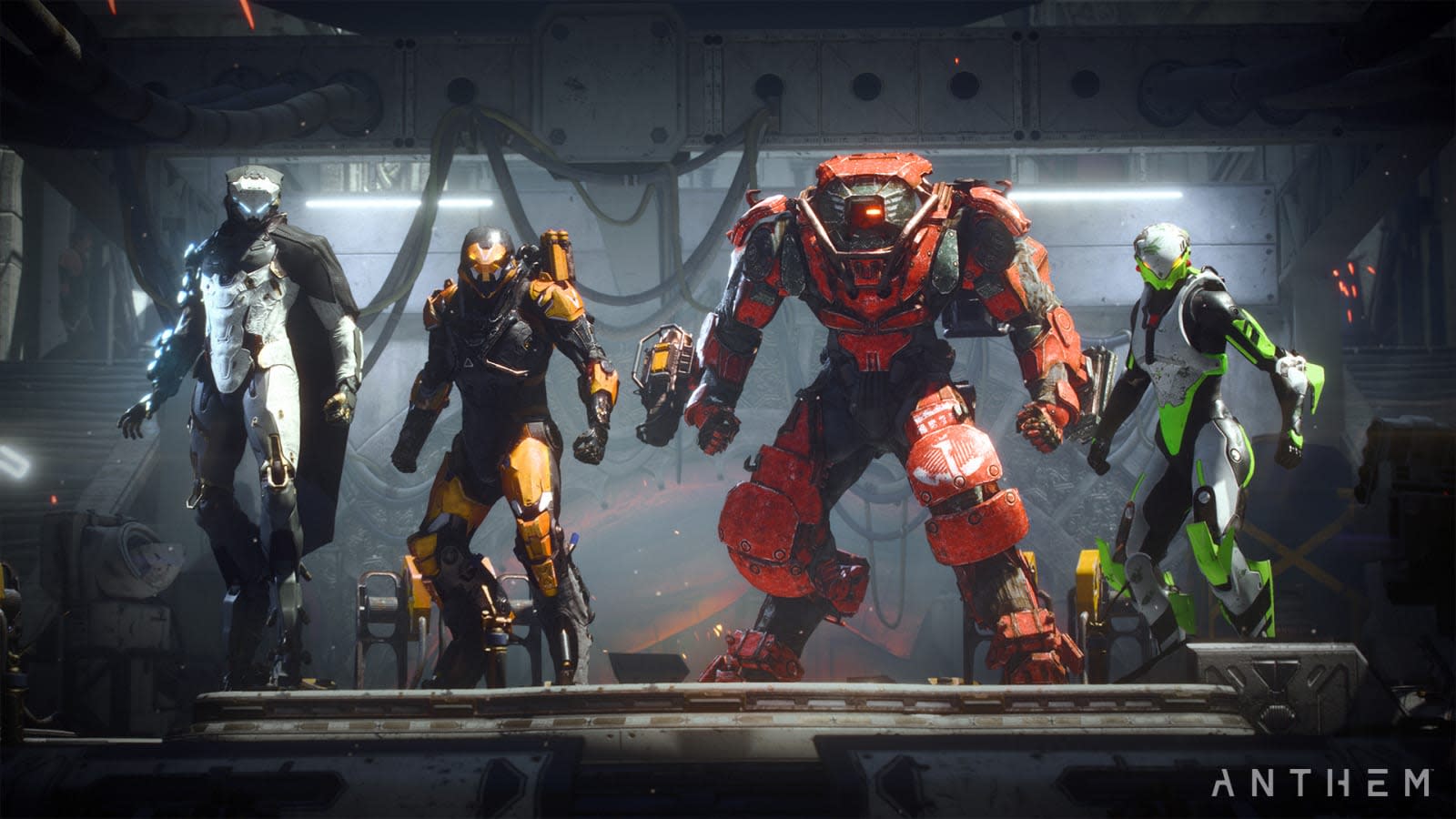 Gamers would love to play BioWare's new loot shooter Anthem but there's one problem: the game keeps shutting off their console. A number of players have taken to Reddit and other forums to complain that Anthem appears to be plagued with an issue that at best boots them to the main menu and at worst caused affected users to need to rebuild their PS4's disk database.

Redditor ForTheMasters posted a thread titled "This is the only game that causes a complete PS4 shutdown" yesterday. In the post, he claims a game error usually sends him to the main menu or to the PS4 dashboard but occasionally results in his console turning off completely. The thread has already received nearly 2,000 upvotes, with a number of commenters following up to note they have been hit by the issue as well. Others have said their console considers the issue an improper shut down -- the same as it would treat the power cord being pulled out while playing.

After the console shuts down, it's apparently a bit of a crapshoot getting it to reboot. Some gamers have reported they have been unable to restart the console by pressing the front power button. Some have had to unplug the console and plug it back in to get it to return to working order. One Redditor even claimed the game completely bricked their console. The victim of that issue advised others to stop playing the game in order to avoid the same fate. Later, though, it was discovered that the consoles weren't totally dead -- booting up an affected PS4 in Safe Mode and selecting "rebuild database" should get that console working again.

Anthem just hasn't been able to shake the many bugs that have been burdening it. The VIP demo period for the title was littered with game-breaking issues that BioWare had to quickly address. The company also had to rush out a fix for an endgame issue that allowed people to bypass the final grind and acquire high-level gear earlier than they were supposed to.

Update 3/5/19 2:30PM ET: This post has been updated with details regarding the PS4 "rebuild database" option that has revived consoles some users thought had been "bricked."

Update: EA tweeted that it's "aware" of the reports of a crashing info and has asked afflicted users to share their information via a system prompt or in a support forum.

We're aware of a crashing issue some of you have been reporting for #AnthemGame. We're investigating and ask that you share your crash data reports when prompted. If you have, we'll be reaching out to gather info; if not, please reply to this thread on AHQ:https://t.co/36P21YFjYL

We're investigating reports of a rare crash w/ Anthem on PS4 that can cause a power-down of the console. May require a restart with the power button or unplugging the console first. Working closely w/ Sony and have engineers on it. Will update as we make progress on a fix.

In this article: anthem, av, bioware, electronic arts, gaming, playstation 4, ps4, sony, thebuyersguide
All products recommended by Engadget are selected by our editorial team, independent of our parent company. Some of our stories include affiliate links. If you buy something through one of these links, we may earn an affiliate commission.