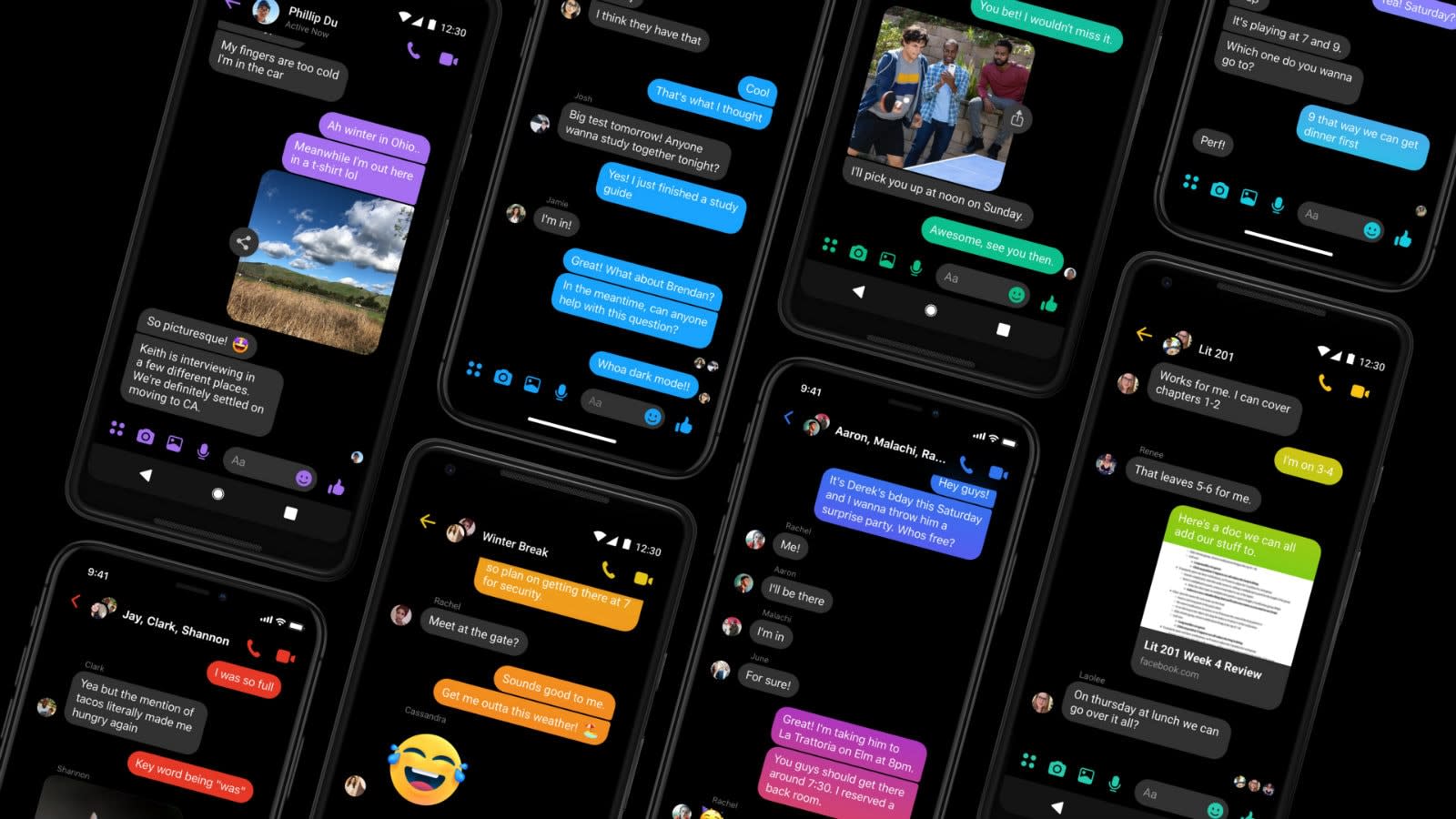 Days after Facebook Messenger's dark mode was outed on Reddit, the social network has made the update official for iOS and Android. For now, you can only enable it by sending the crescent moon emoji in an existing chat thread or new message. It's a clever ploy by Facebook to get users actively chatting -- instead of simply activating the mode via settings -- at a time when it's facing increased competition from rivals like TikTok.

Messenger is also the first of Facebook's social apps (which span its eponymous social network, Instagram and WhatsApp) to officially get a dark theme. "Messenger's dark mode provides lower brightness while maintaining contrast and vibrancy," Facebook writes in its blog post. "Dark mode cuts down the glare from your phone for use in low light situations, so you can use the Messenger features you love no matter when or where you are." It's promising to make the feature accessible via the settings tab in the near future.

Facebook first announced Dark Mode in October as part of the Messenger 4 update, which it said would roll out in phases. The overhaul primarily focussed on decluttering the app by reducing the amount of tabs from nine to three, including the Chats tab for all your conversations, the People tab where you can see who's online and the Discover tab for connecting you with businesses. Last month, Messenger also introduced the option to unsend messages during a 10-minute window.

In this article: dark mode, facebook, Facebook Messenger, gear, messenger, mobile
All products recommended by Engadget are selected by our editorial team, independent of our parent company. Some of our stories include affiliate links. If you buy something through one of these links, we may earn an affiliate commission.