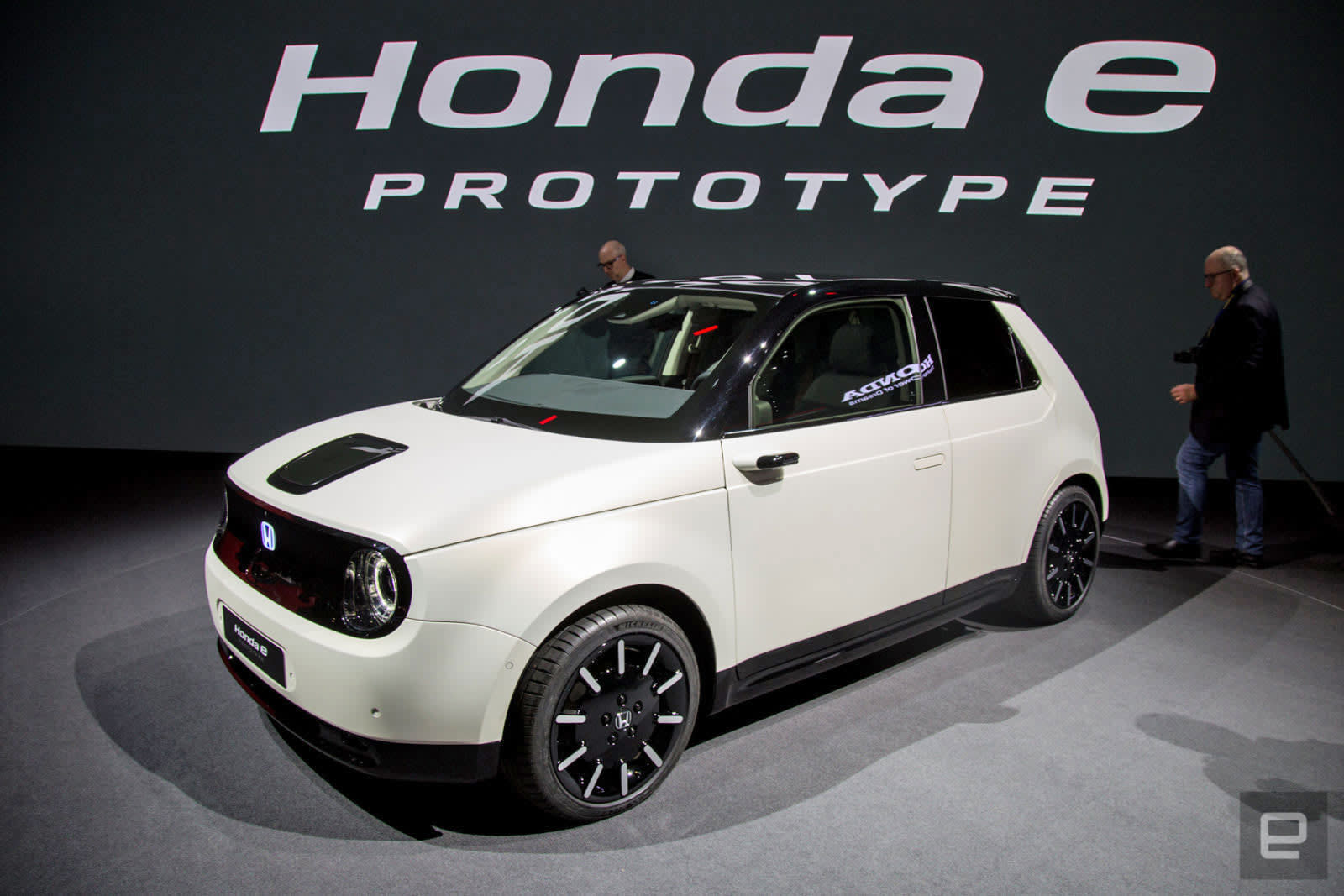 Honda is coming to the Geneva Motor Show with more than just a pre-production electric car on its hands. The automaker has announced intentions to make all of its European car sales "electrified" (that is, hybrid or pure EV) by 2025 -- a big step up from the goal it set in 2017, when it expected 66 percent by 2025. The transition to electric powerplants has "gathered pace considerably" since two years ago, Honda's Tom Gardner said. The company pointed to its full hybrid tech (such as the two-motor system in the CR-V Hybrid) as a major factor on top of all-electric machines like the e Prototype.

It's an ambitious goal, but there are reasons to believe it's achievable. Diesel cars are rapidly falling out of favor in Europe after scandals, for one thing. Drivers looking for low running costs are increasingly turning toward hybrids and EVs. Combine that with more affordable EVs and a growing network of charging stations and there's a greater chance European motorists can ditch gas-only cars without worrying about prices or limited range.

In this article: electric car, electric vehicle, electriccar, ElectricVehicle, europe, ev, gear, Geneva Motor Show 2019, green, honda, hybrid, tomorrow, transportation
All products recommended by Engadget are selected by our editorial team, independent of our parent company. Some of our stories include affiliate links. If you buy something through one of these links, we may earn an affiliate commission.