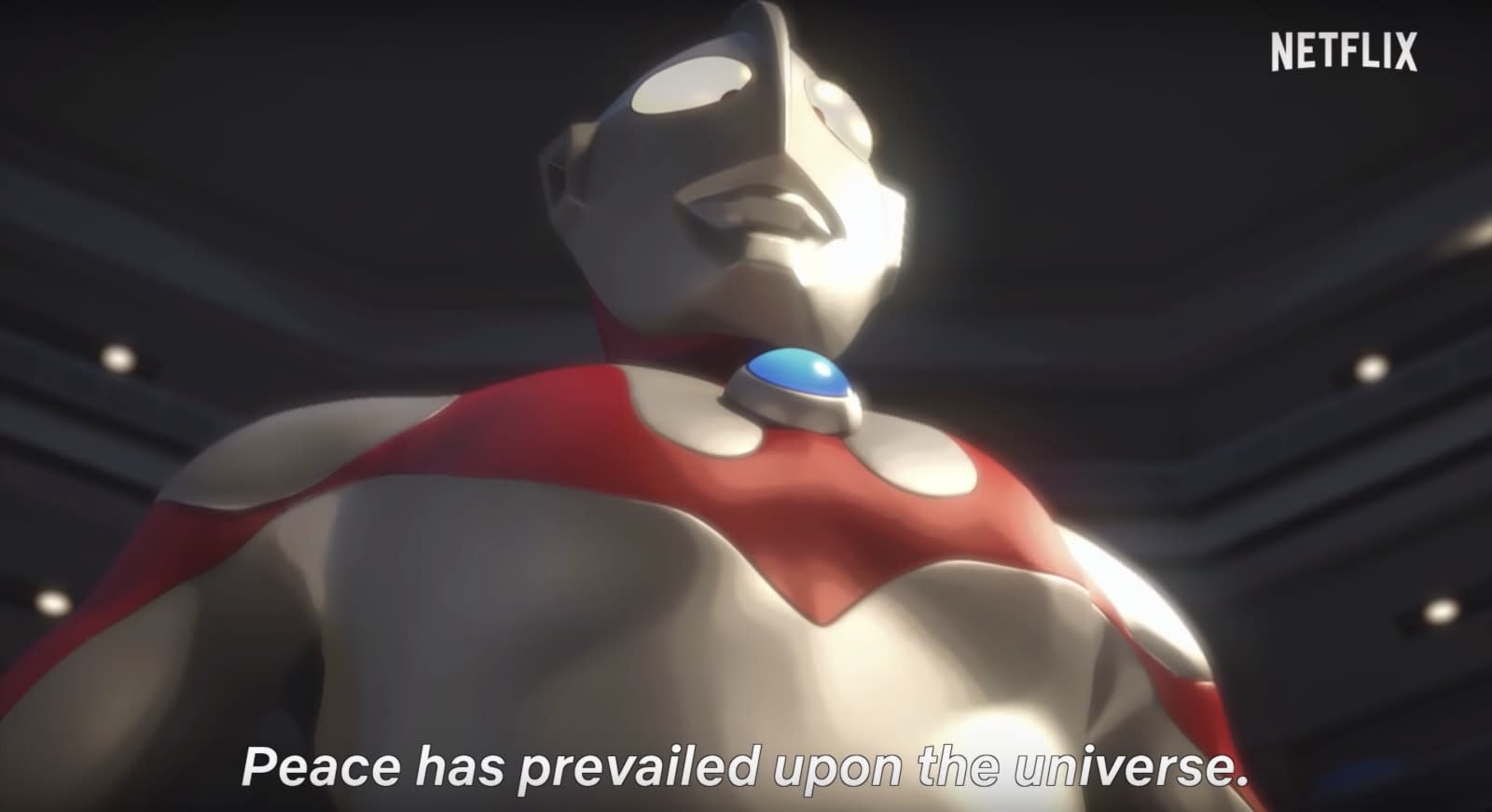 Netflix has released a trailer for its Ultraman CG anime series before the kaiju killer blasts his way to the streaming series on April 1st. The sneak peek shows high school student Shinjiro Hayata as he assumes the mantle from the original Ultraman, his father Shin. It looks like the new show is set a few years after the events in the Japanese live-action series from the 1960's. In the new anime, Shinjiro has to take over his father's role and fuse with the "giant of light" to transform into Ultraman when a new set of invading aliens arrives after a period of peace.

The series also features other Ultraman types, who'll presumably struggle to accept Shinjiro as the Ultraman before helping him vanquish the new villains. Netflix didn't say how many episodes you can expect, only that Season 1 will be available to stream worldwide starting on April 1st.

#Ultraman is back! On April 1 meet Shinjiro Hayata, a high-school student who steps into his father's shoes and the Ultra Suit when a new evil threatens to destroy our planet. pic.twitter.com/CYrNhdXkLx— See What's Next (@seewhatsnext) March 4, 2019

In this article: entertainment, internet, netflix, ultraman
All products recommended by Engadget are selected by our editorial team, independent of our parent company. Some of our stories include affiliate links. If you buy something through one of these links, we may earn an affiliate commission.