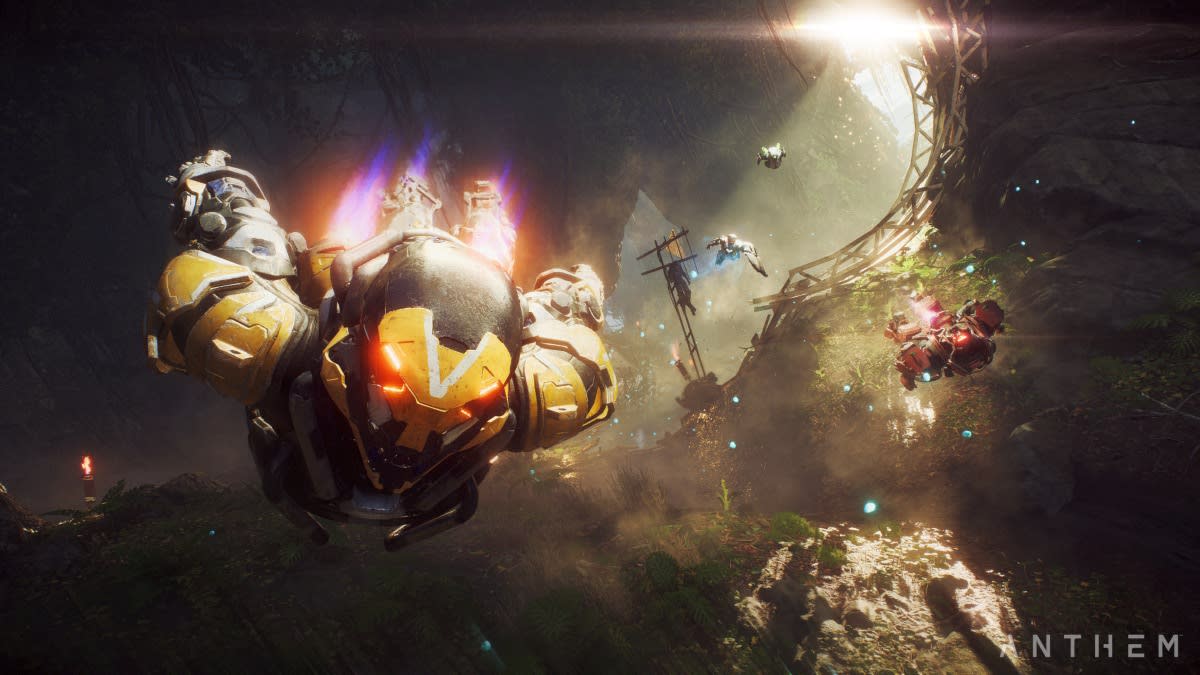 Anthem has had a launch troubled by various glitches, but its developers announced a patch that will deal with crashes and balance issues -- among many other things -- is going out between 8 and 10 AM ET on Saturday morning. As it attempts to compete in the "loot shooter" category, Destiny 2 is updating with new tweaks for its second season and The Division 2 is close to release, increasing the pressure to get things running smoothly and hang onto whatever player base it has.

The list of fixes and tweaks is far too long to list fully, but check the Reddit post for all the details. The crash issues on PS4 should be among those addressed, as head of live service Chad Robertson noted a few days ago that it had identified causes for the "power-down crash" some had experienced, and after checking had not found evidence the game caused consoles to "brick."

After thorough review, we have not encountered an instance where Anthem has "bricked" a PS4 console. If you are experiencing anything different, please reach out to @EAHelp so we can track the incident and investigate. Thanks for your patience.

In this article: Anthem, Bioware, EA, entertainment, gaming, internet, patch, thebuyersguide
All products recommended by Engadget are selected by our editorial team, independent of our parent company. Some of our stories include affiliate links. If you buy something through one of these links, we may earn an affiliate commission.