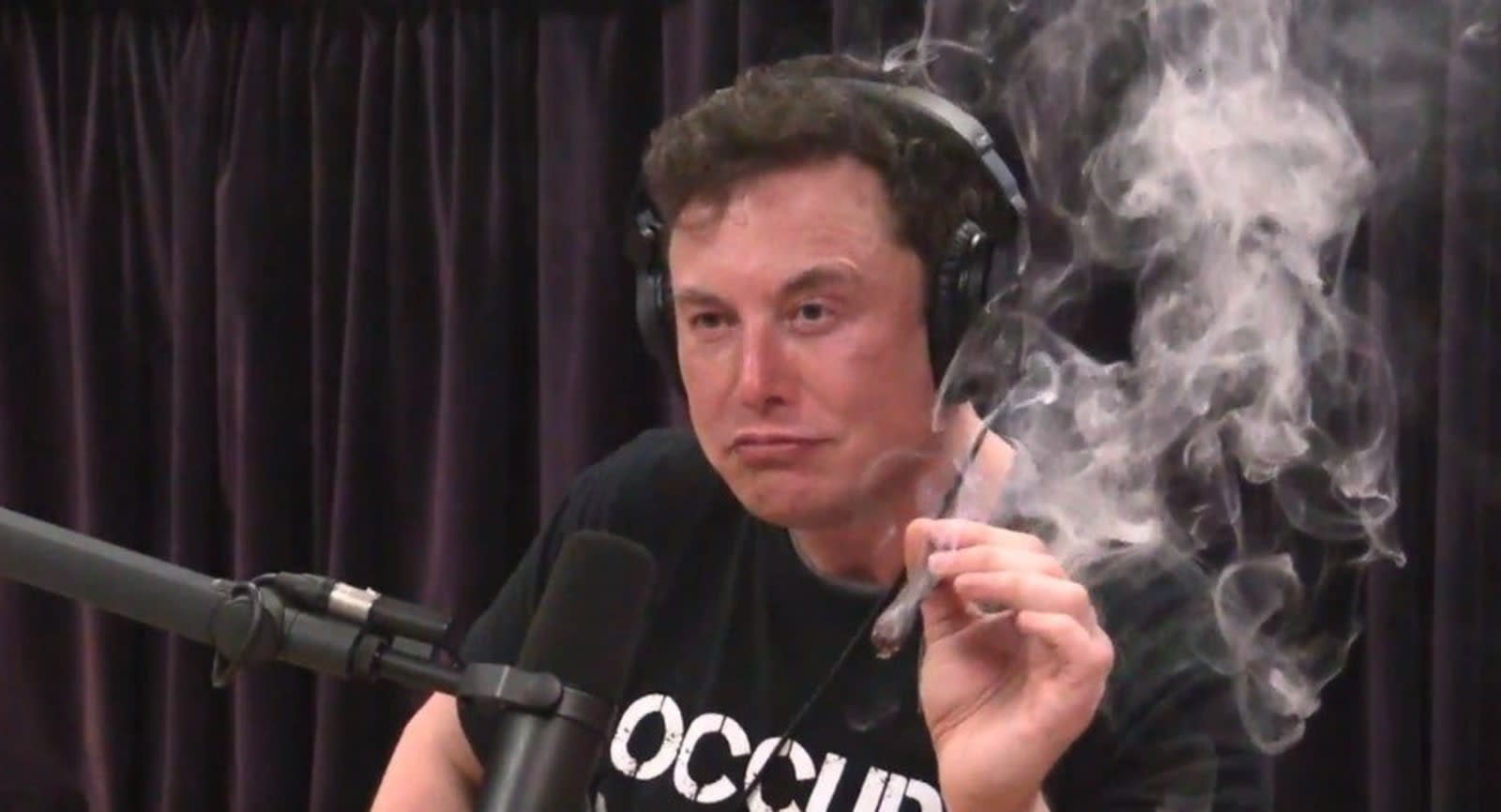 Recreational marijuana use may be legal in ten states, but those in the corridors of power aren't keen on top-level CEOs lighting up in public. After getting heat from NASA, Elon Musk -- who took a drag on Joe Rogan's podcast in September -- could now be in hot water with the Pentagon, too. An anonymous US official has told Bloomberg that Musk's federal security clearance is currently under review thanks to that toke.

The SpaceX CEO has secret-level access because of his leadership role at the private aerospace company, which has continued to secure military contracts (including a recent deal worth $297 million for three future launches of US defence payloads) after that now-infamous incident.

The same official said Musk had refiled his SF-86 security form requiring him to come clean about any illegal drug use over the past seven years. Over 20 million viewers watched him smoke on a YouTube video of Rogan's podcast, so it's not like Musk can lie. The fact is, as Bloomberg points out, marijuana use remains a federal crime. SpaceX has declined to comment on the fiasco and Musk's more likely to share his thoughts on Twitter.

In this article: business, elon musk, gear, marijuana, pentagon, spacex
All products recommended by Engadget are selected by our editorial team, independent of our parent company. Some of our stories include affiliate links. If you buy something through one of these links, we may earn an affiliate commission.