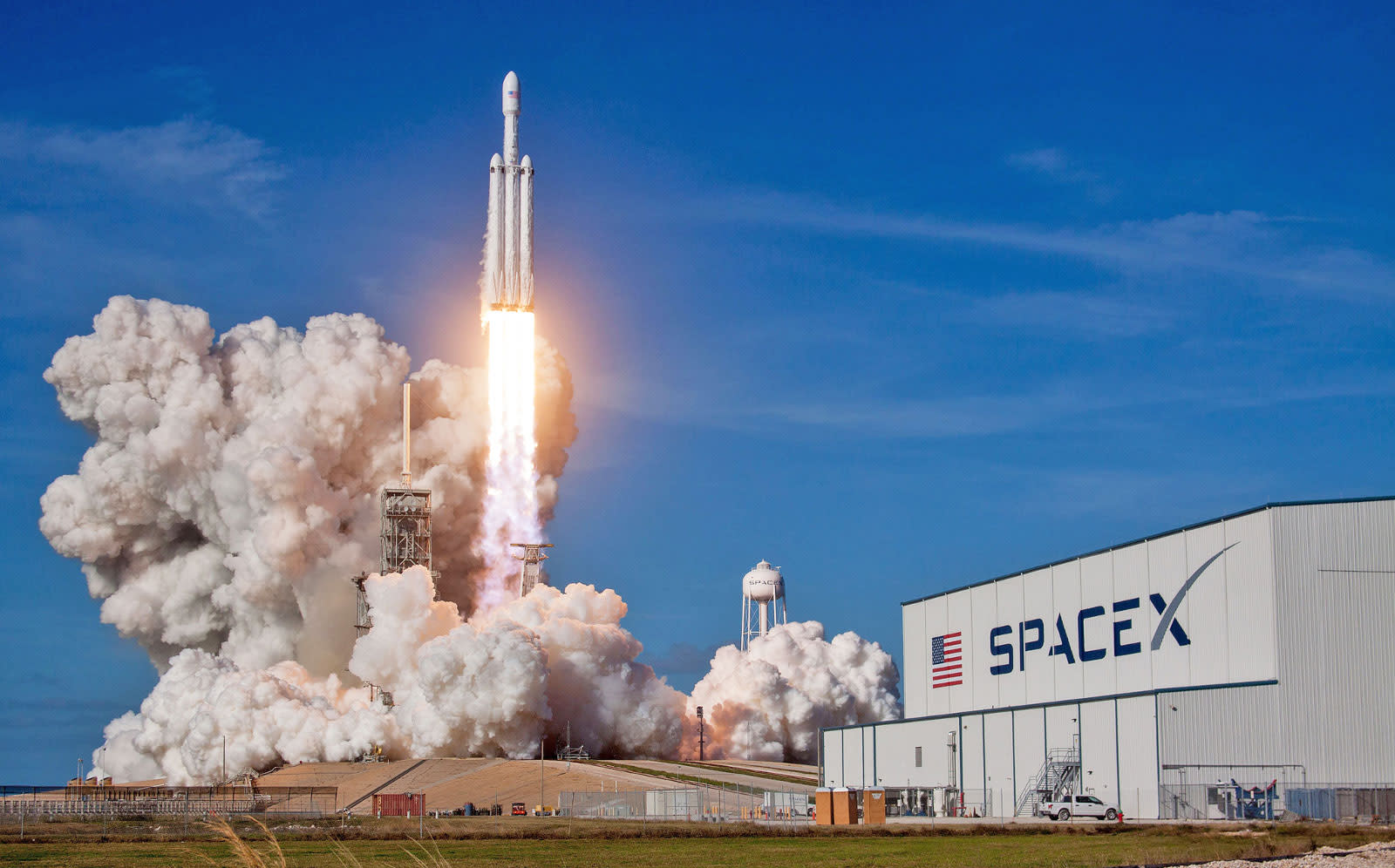 SpaceX's Falcon Heavy has won its first classified national security payload launch, proving that the company was able to demonstrate that its new rocket is reliable enough to ferry military satellites to space. The US Air Force has chosen to use the aerospace company's new heavy-lift spacecraft to take its AFSPC-52 satellite to orbit in the summer or fall of 2020. According to CNN, SpaceX had to compete with ULA (joint venture between Boeing and Lockheed Martin) for the mission. The Air Force didn't reveal why it ultimately chose to use Falcon Heavy, but one of the possible reasons is cost.

While the division will pay $130 million for the mission, which is more than what a non-classified SpaceX launch costs, that's still much smaller than the $350 million minimum it would have to pay for a ULA Delta IV Heavy launch. Whatever the Air Force's reason is, it's clear that the data SpaceX gathered during Falcon Heavy's demo flight was enough to convince the military division, even though it only had Elon Musk's cherry-colored Tesla Roadster (and Starman) as payload.

SpaceX President and COO Gwynne Shotwell said in a statement:

"SpaceX is honored by the Air Force's selection of Falcon Heavy to launch the competitively-awarded AFSPC-52 mission. On behalf of all of our employees, I want to thank the Air Force for certifying Falcon Heavy, awarding us this critically important mission, and for their trust and confidence in our company. SpaceX is pleased to continue offering the American taxpayer the most cost-effective, reliable launch services for vital national security space missions."

In this article: falconheavy, gear, launch, space, spacex, TL18SPCE, tomorrow, usairforce
All products recommended by Engadget are selected by our editorial team, independent of our parent company. Some of our stories include affiliate links. If you buy something through one of these links, we may earn an affiliate commission.