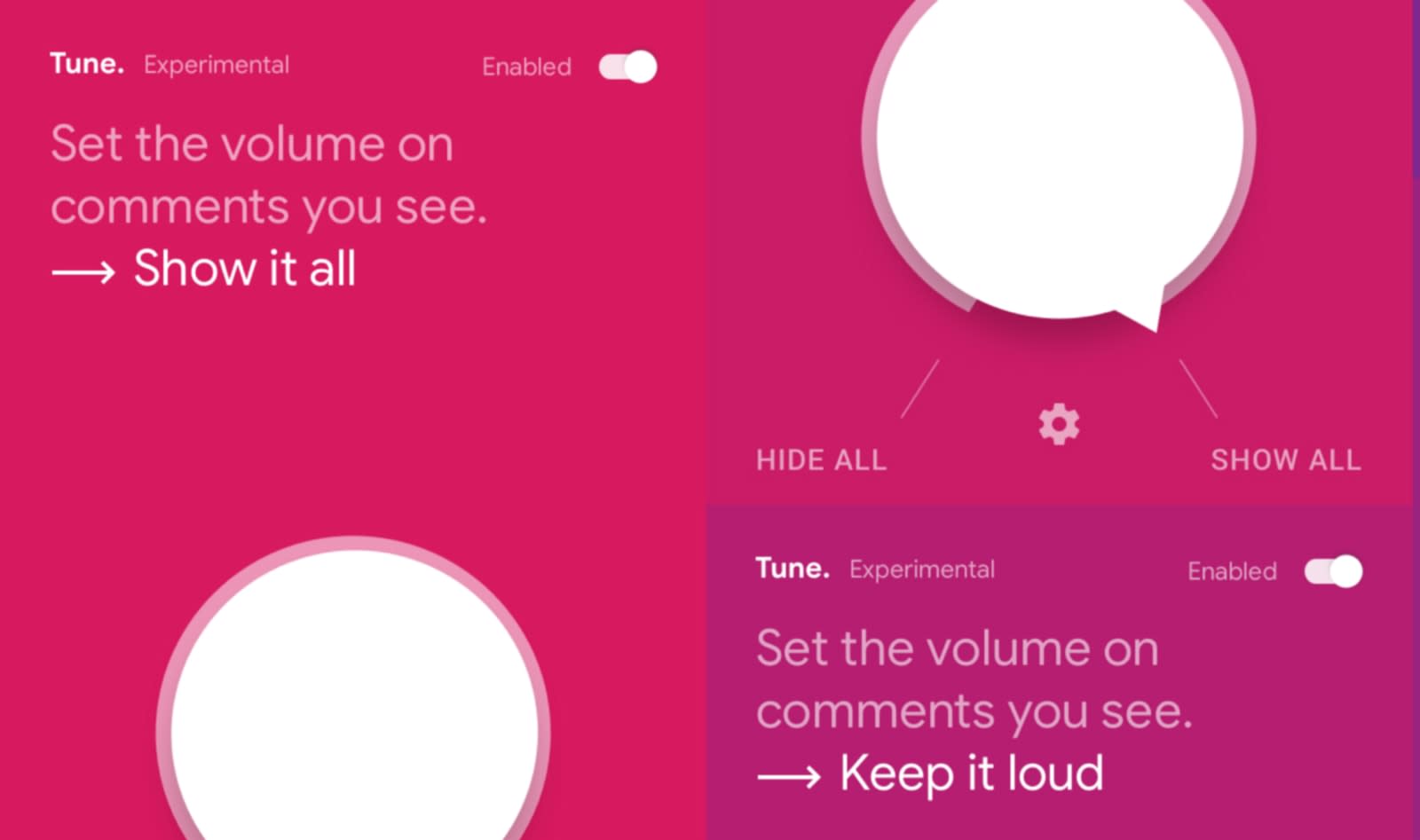 Jigsaw admits that Tune is still an experiment, meaning it may not spot all forms of toxicity or could hide non-offensive comments. "We're constantly working to improve the underlying technology, and users can easily give feedback right in the tool to help us improve our algorithms," C.J. Adams, Jigsaw product manager, wrote in a blog post.

Though it doesn't work across the entirety of the web, the sites it does support are all grappling with various forms of toxicity. Twitter has its alt-right meddlers and Nazis; Facebook has struggled with anti-vaxxers of late (not to mention foreign interference during elections); YouTube has been forced to lock down comments on videos of young kids due to pedophilic comments; and Reddit has banned subreddits prone to spreading conspiracy theories.

Notably, a recent Recode article about Twitter's focus on improving the health of its service noted it was already tapping Google's Perspective AI to help track toxicity. Google has also implemented Perspective on YouTube, according to CNET, giving channel owners the option to block comments identified as abusive by the algorithm.

At the same time, frequent abusers have created their own systems to help bypass moderators altogether. Notorious social media site Gab -- known as "Twitter for the alt-right" -- recently released its own extension that puts an alternative comments section on any website.

In this article: alphabet, chrome, comments, gear, google, internet, jigsaw, perspective
All products recommended by Engadget are selected by our editorial team, independent of our parent company. Some of our stories include affiliate links. If you buy something through one of these links, we may earn an affiliate commission.