It'll be a cheap way for gamers to upgrade older GTX 900-series cards.

NVIDIA has unveiled its cheapest Turing-based card yet, the $219 GeForce GTX 1660. Much like the $279 GTX 1660 Ti, it offers Turing performance that bests the GTX 1060 by around 15-30 percent. At the same time, it lacks the RT (ray tracing) and Tensor cores on NVIDIA's RTX series cards, making it about a third cheaper than its RT doppleganger, the $349 RTX 2060. 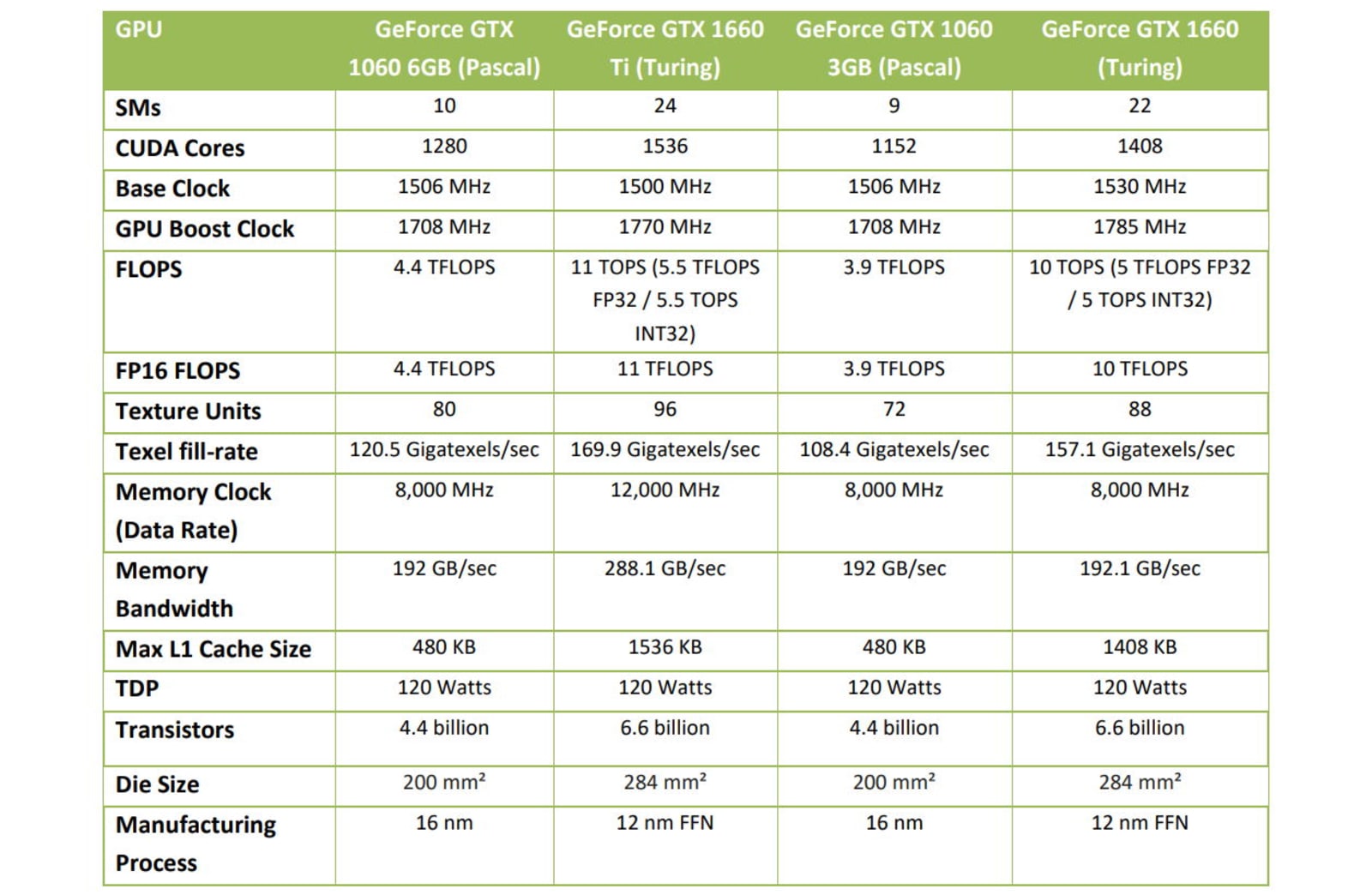 Performance-wise, it will best the last-generation 6GB GTX 1060 card by 15 percent and the 3GB variant by 30 percent. That's not exactly an incredible performance boost, but as it stands right now, the new cards will cost the same or a bit less than the older ones, assuming the street prices match NVIDIA's suggested retail prices.

The new cards are squarely aimed at gamers on a budget who own older NVIDIA 800 or 900 series cards. As NVIDIA points out, the power consumption (TDP) of the GTX 1660 is only 120 watts, so most people currently using a GTX 970 or GTX 960 should be able upgrade without replacing their power supply. On average, the GTX 1660 is 68 percent faster than the GTX 970 and 113 percent faster than the GTX 960.

With the latest GTX cards, NVIDIA is addressing criticism that its RTX cards are too expensive and don't offer much value due to the lack of ray-traced games. They could also sway gamers looking to buy AMD GPUs, instead. The GTX 1660 cards are now available, but NVIDIA isn't building a GTX 1660 Founders Edition. If you'd like to pick one up, you'll need to check its usual gang of partners, including ASUS, eVGA and others. If you managed to buy one at NVIDIA's suggested $219 retail price, we'd love to hear about it in the comments below.