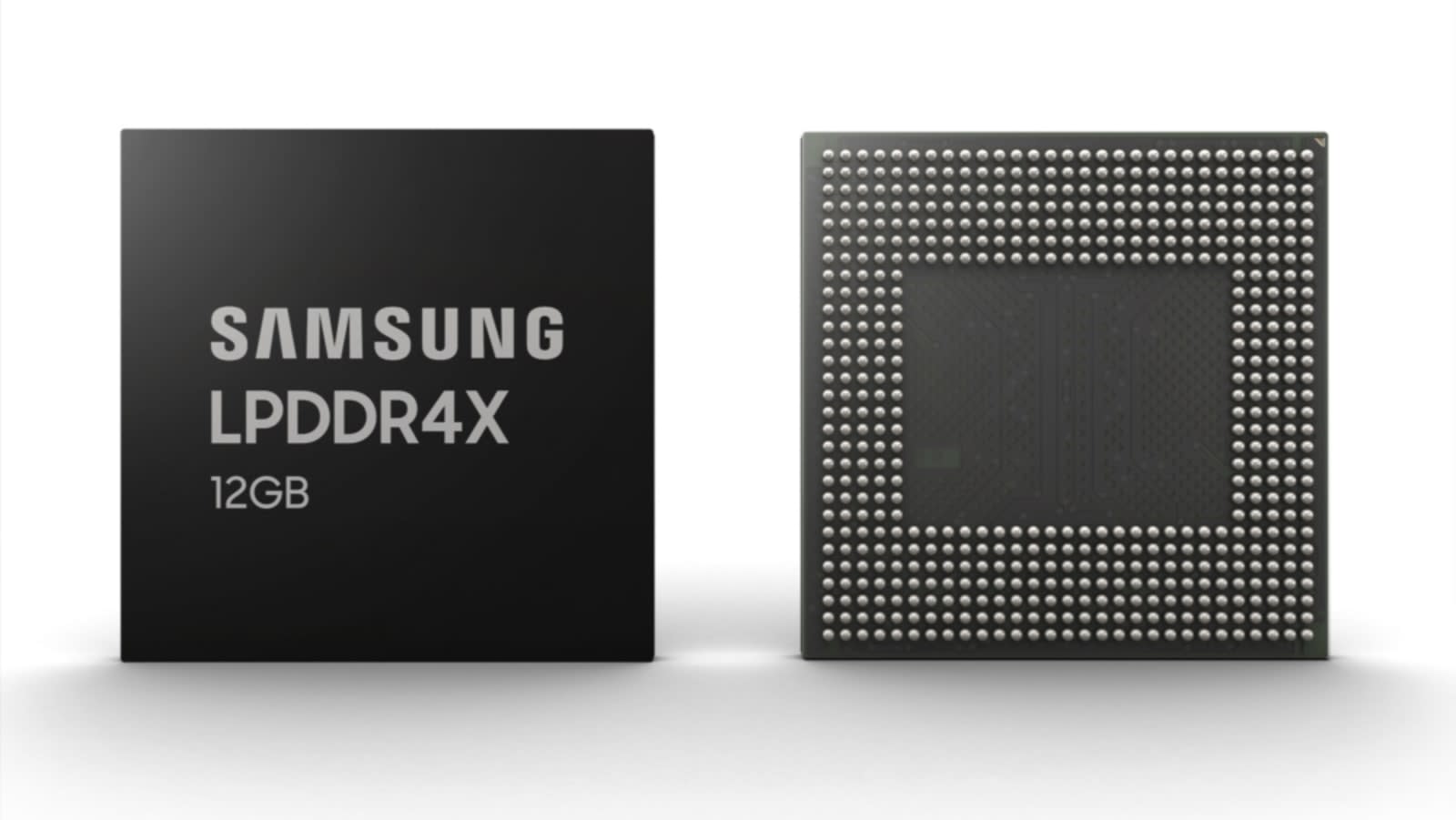 Samsung has unveiled the highest-capacity smartphone DRAM chip yet, a 12GB LPDDR4X package that will give premium smartphones more memory than the average laptop. The chip will be ideal for complex multi-camera devices and folding smartphones with high-resolution screens. "With more smartphones adopting more features, Samsung has seen increasing demand for higher-capacity DRAM chips from phone makers," the company said.

Since the new RAM takes up very little space, it will help device makers create more room for larger batteries, 5G chips, AI and more cameras. It runs at the same speed as the LPDDR4 RAM (4,266 MB/s), but consumes up to 10 percent less power. It's not likely to be cheap, so you'll only see the chips in the most expensive versions of premium smartphones.

The extra storage will make phones faster and, particularly, multitasking more fluid. We reviewed the 12GB Galaxy S10+, and can confirm that the extra memory does help games like PUBG, along with browsing, using Instagram and doing other chores. However, even 12GB of RAM is tasked when doing particularly tough tasks like recording stabilized, 4K HDR video, as we discovered.

Samsung said it would boost the production of its existing 8GB and the new 12GB 10-nanometer chips in order to meet expected demand. "With the LPDDR4X, we're strengthening our position as the premium mobile memory maker best positioned to accommodate rapidly growing demand from global smartphone manufacturers," said Samsung VP Sewon Chun.

In this article: 12GB, Chip, DRAM, gear, LPDDR4X, Memory, mobile, samsung, Smartphones
All products recommended by Engadget are selected by our editorial team, independent of our parent company. Some of our stories include affiliate links. If you buy something through one of these links, we may earn an affiliate commission.