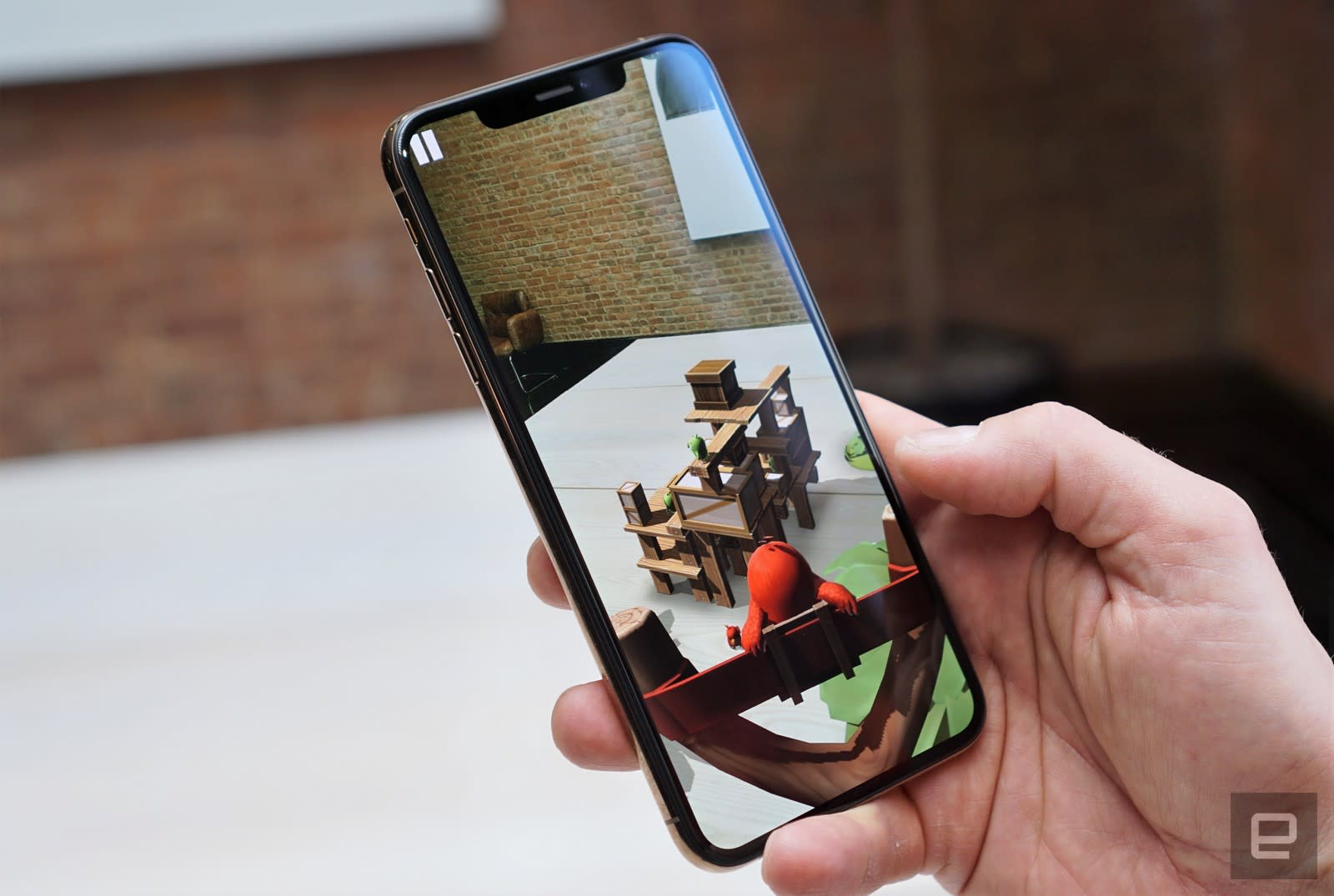 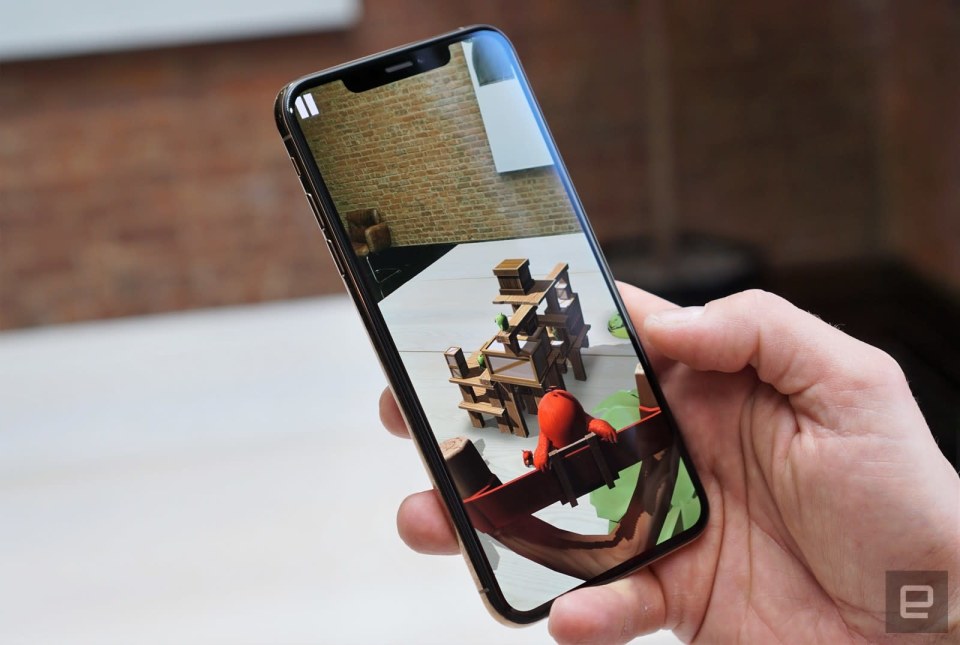 Angry Birds has already made the leap from smartphones to augmented reality and VR. But now, Rovio is bringing some of those lessons back to the iPhone. With Angry Birds AR: Isle of Pigs, the latest game in the blockbuster franchise, you'll be able to take down evil swine in your living room -- or anywhere else you can find a flat surface. It uses Apple's ARKit to construct virtual stages atop the real world, while you use your phone as a slingshot to topple them with irate birds. Isle of Pigs is available for pre-order today on iOS devices, and it'll officially launch as a free app later this spring (you can bet there will be a plethora of micro-transactions). While Angry Birds AR is a bit of a retread of the Oculus and Vive VR title of the same name, it plays more like First Person Slingshot, the Magic Leap title Rovio showed off last year. You have the freedom to walk around the stages (assuming there's nothing obstructing you in the real world) to figure out your best angle of attack. Then you just pull back on your phone's screen and let loose. (While you can play it in landscape mode, it works best in portrait for one-handed slinging.) The game also doesn't prevent you from leaning in real close to make sure you hit the precise block you want (AKA the Duck Hunt cheat method).

Angry Birds AR isn't exactly groundbreaking if you've seen other augmented reality titles, like Pokemon Go, ARise, and Zombie Go, but it's still among the most polished offerings I've seen. The virtual levels are detailed and distinctive, and there's a ton of personality throughout. It definitely rewards leaning in close. And based on the bit I've played, the slingshot mechanics are smooth and accurate. When I pointed my phone at a specific pillar or box, I had no trouble hitting them. And while some AR apps have trouble keeping their virtual renderings aligned with the real world, Angry Birds AR didn't falter at all as I moved around a coffee table. (Of course, I was also in a well lit Apple loft using an iPhone XS, you might have a tougher time in darker rooms and older phones.)

As someone who's checked out of the Angry Birds franchise after the first few games, I'm definitely tempted to clock some time in this latest entry. It's an inventive use of AR, and simply put, it just seems like fun. It also looks like something a child could play easily (though adults may have to help set up the AR stages). But your mileage might vary depending on the device you're using. Rovio says the game supports iOS devices that use ARKit, which includes the iPhone 6S and newer; iPad 5th generation and beyond; and every iPad Pro model. I haven't had a chance to play the game with a tablet, but I'd imagine the awkwardness of holding a large device is worth the trade-off for getting a much bigger screen.

While Angry Birds AR only supports iOS devices now, Rovio says it's exploring other AR platforms. But given that is a prime exclusive for Apple right now, it'll likely be a while before we see it on Android.

In this article: Angry Birds, Angry Birds AR: Isle of Pigs, apple, AR, av, entertainment, gaming, mobile, Rovio, VR
All products recommended by Engadget are selected by our editorial team, independent of our parent company. Some of our stories include affiliate links. If you buy something through one of these links, we may earn an affiliate commission.