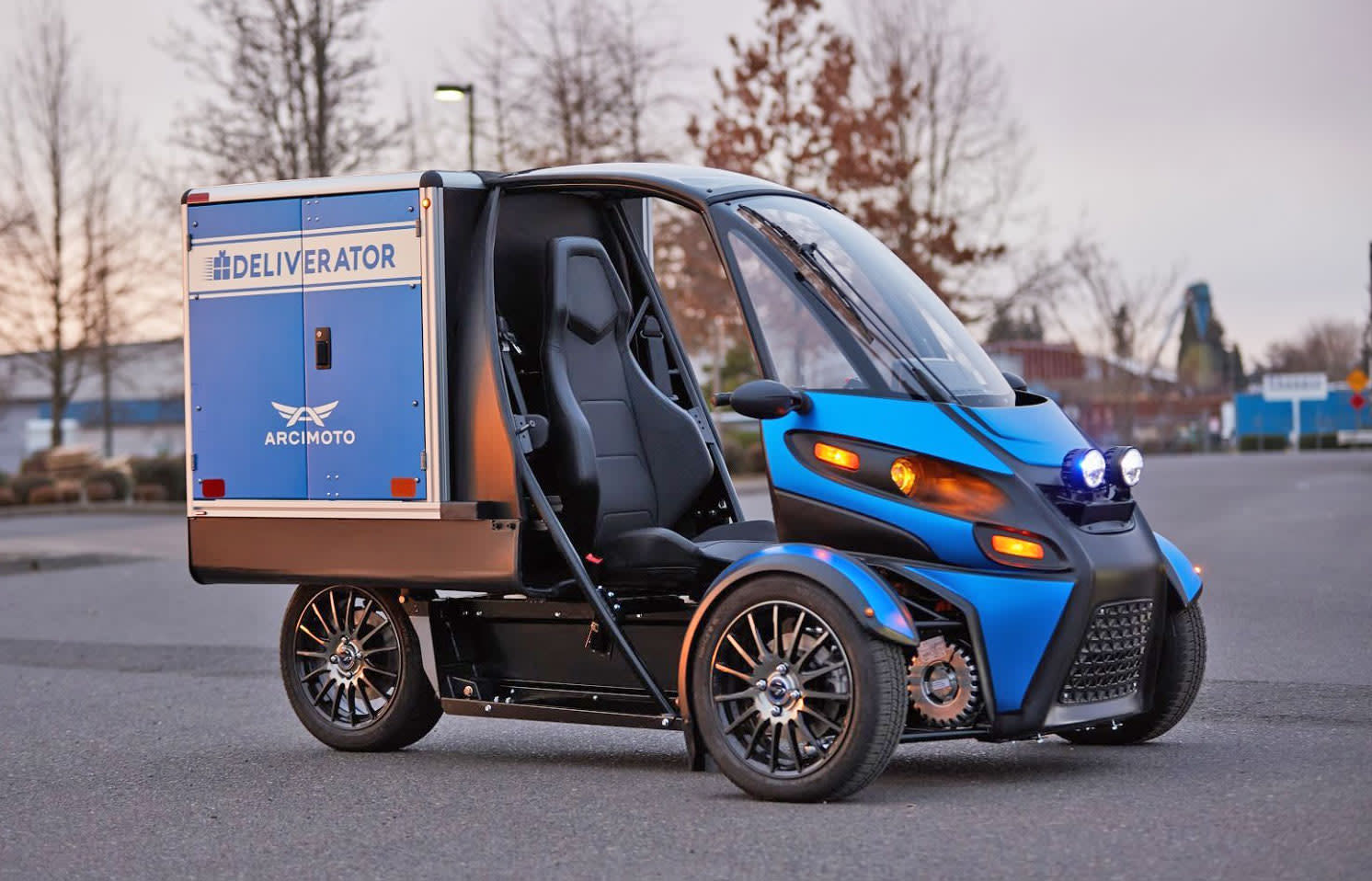 You might remember Arcimoto as the company behind the "Fun Utility Vehicle" (FUV) -- a three-wheeled, electric vehicle that's scheduled to hit the streets in Oregon, California and Washington this summer. With the FUV underway, Arcimoto has opened presales for a similar vehicle with a new concept. Called the "Deliverator," it's a three-wheel, pure electric vehicle meant for local deliveries.

Like Arcimoto's FUV, the Deliverator is something between a car and a motorcycle. It will get around 100 city miles per charge, and it will top out at 75 mph -- just like the FUV. And it will start at $19,900, which you might have guessed, is the cost of the first edition FUV.

But, the Deliverator will also have a 350-pound carrying capacity and more than 20 cubic feet of cargo space, which can be customized to carry anything from parcels to pizza, groceries, pharmaceuticals and dry cleaning. The company hopes it will be an efficient alternative to delivery vans and trucks that's easier to maneuver around cities.

This is Arcimoto's third electric vehicle. It has another (again, very similar) model developed for emergency responders. That makes the Deliverator seem more like Arcimoto trying to get as many uses out of one concept than something totally novel, but if it's a green way to get your pizza faster, it can't be all bad. While Arcimoto has opened pre-orders, production won't start until 2020, so it will be a while before we see these guys out on the streets.

In this article: arcimoto, business, delivery, electric vehicle, ev, fuv, gear, green, three-wheeled, transportation
All products recommended by Engadget are selected by our editorial team, independent of our parent company. Some of our stories include affiliate links. If you buy something through one of these links, we may earn an affiliate commission.