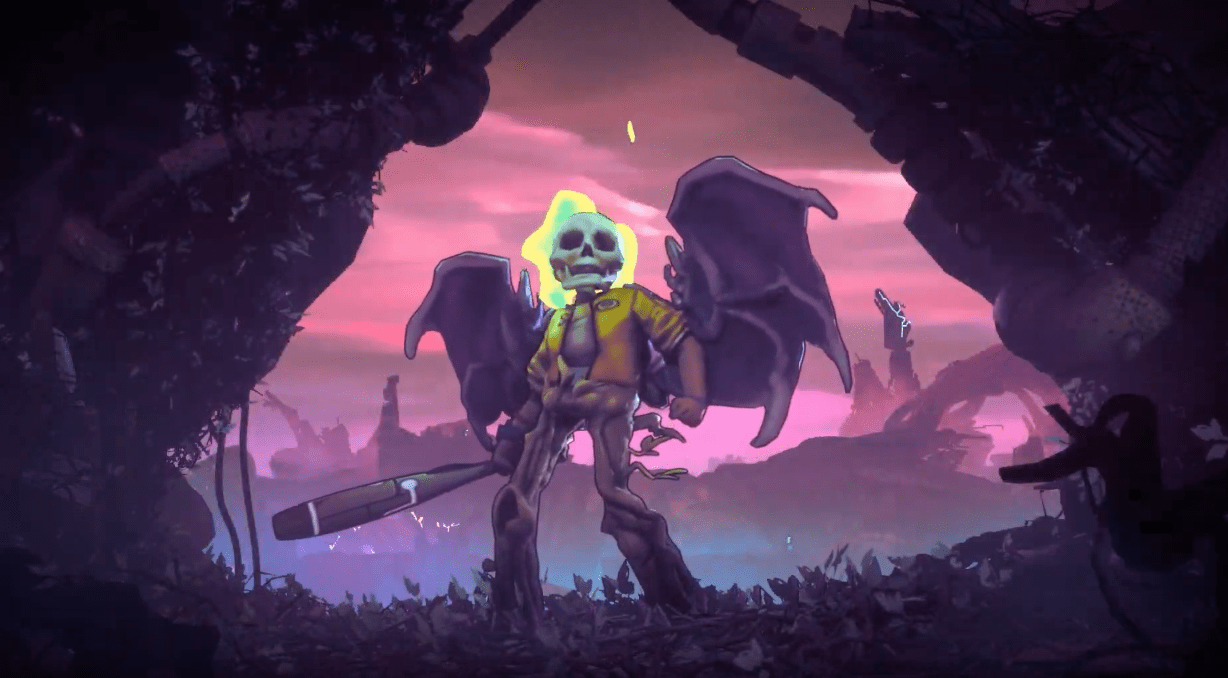 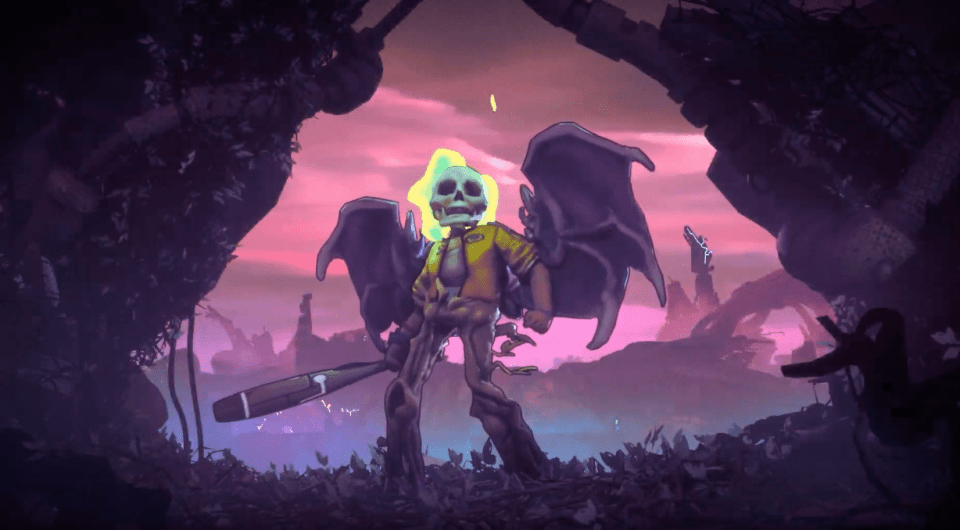 Tim Schafer and Lee Petty of Double Fine Productions made a short appearance on Nintendo's Nindies Showcase today to help introduce a new rock-flavored action game. And no, it's not Brutal Legend 2. Instead, it's a new property titled Rad, which follows a young man as he swings a baseball bat through an irradiated wasteland.

This '80s-flavored top-down title has you wandering around and beating up monsters, but the real fun begins when you land on a radioactive spot. Those appear to mutate your character, granting you powers ranging from an extending snake head to bat wings that let you fly to uh, laying eggs that hatch into spider babies that follow you around.

The game is developed by Double Fine, but Bandai Namco is handling publishing duties. Rad hits Nintendo Switch and PlayStation 4 this summer.

Mutate and fight off wicked enemies in RAD, a 3D top-down action roguelike game from @DoubleFine and @BandaiNamcoUS! Coming to #NintendoSwitch this summer. #YouAreRAD #Nindies pic.twitter.com/MtF3PPzIgk

In this article: av, bandai namco, double fine, gaming, gdc, gdc 2019, gdc2019, lee petty, nindies, nintendo, roguelike, tim schafer
All products recommended by Engadget are selected by our editorial team, independent of our parent company. Some of our stories include affiliate links. If you buy something through one of these links, we may earn an affiliate commission.