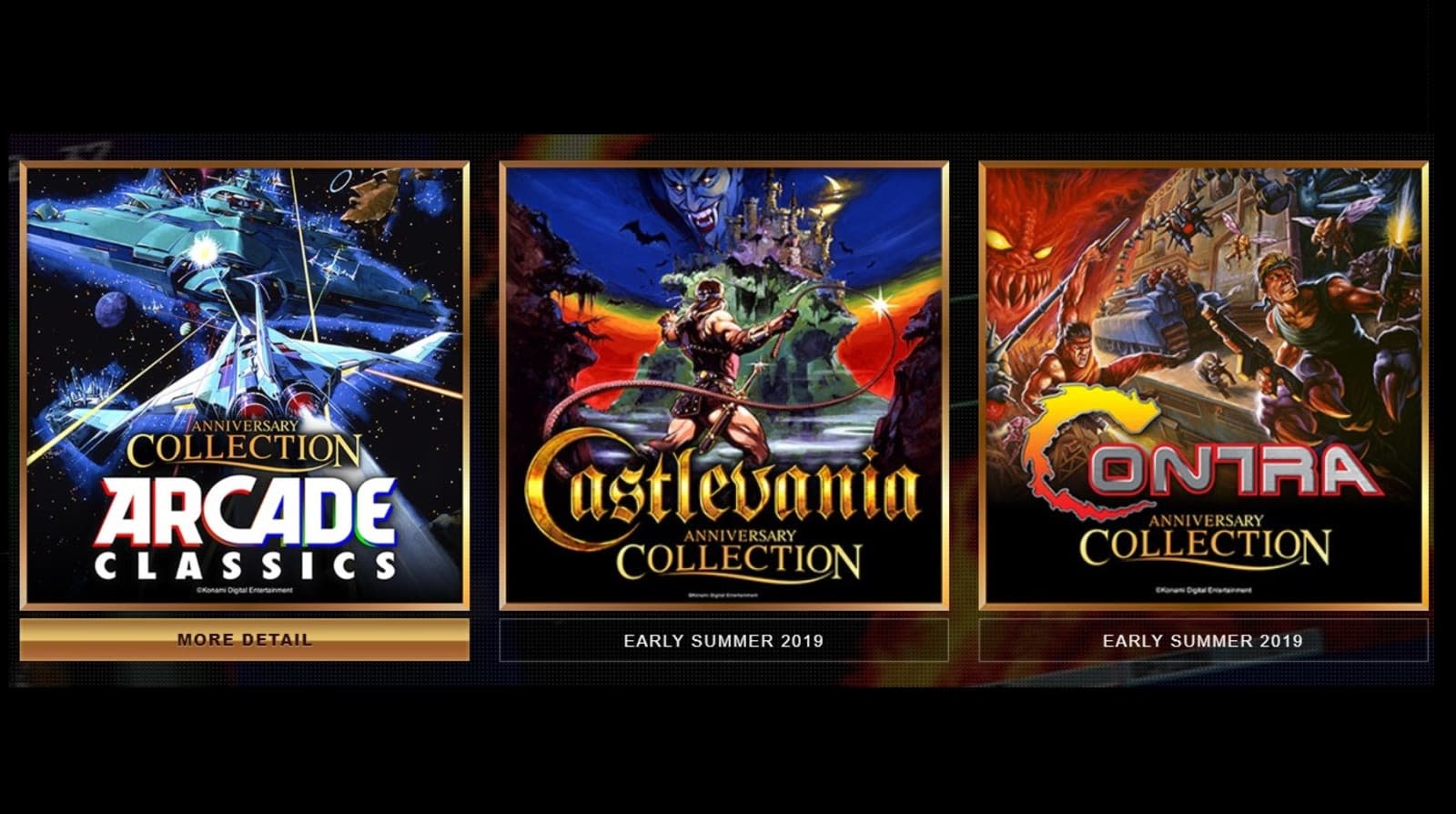 Konami is celebrating its 50th birthday with three new compilations based on Castlevania, Contra and its early arcade games, each available on Nintendo Switch, PlayStation 4, Xbox One and Windows PC (via Steam).

The first collection, Arcade Classics, comprises a bumper pack of Konami's 1980s hits, including Haunted Castle, A-Jax, Gradius, Gradius 2, Life Force, Thunder Cross, Scramble and TwinBee. This one goes on digital sale on April 18 for the reasonable price of $20.

Next up, and arriving in "early summer," is the Castlevania: Anniversary Collection. This will also include eight titles, four of which have been confirmed: Castlevania (NES), Castlevania 2: Belmont's Revenge (Game Boy), Castlevania 3: Dracula's Curse (NES) and Super Castlevania 4 (Super NES). Most of these have been accessible before in some shape or form, but having them on Switch and other contemporary platforms is a nice addition to the Konami catalogue.

Konami says that each collection will come with a digital book that features behind-the-scenes notes, never-before seen design sketches and interviews with development staff. While it's not yet clear which other titles will round out the Castlevania and Contra collections, Konami certainly has a decent catalogue to choose from. It would be great to see Vampire Killer for the MSX2 on a modern platform, for example.

In this article: anniversary, arcade games, av, Castlevania, Contra, gaming, Konami, personal computing, personalcomputing, PlayStaion 4, retro, Switch, up up down down left right left right b a, Windows, Xbox
All products recommended by Engadget are selected by our editorial team, independent of our parent company. Some of our stories include affiliate links. If you buy something through one of these links, we may earn an affiliate commission.