Weight Watchers is trying to avoid becoming the next Kodak

Will it survive the influx of new health and fitness apps?

One of the most well-known brands in dieting is undoubtedly Weight Watchers. Since the 1960s, the company has helped people shed pounds through food-logging (customers keep track of point values assigned to foods) and through weekly group meetings. Despite the occasional change (meetings are now optional instead of mandatory, for example), the system has remained popular with consumers, and it's consistently ranked as No. 1 as "Best Diet for Weight Loss" by US News & World Report.

That's why it was a little confusing when Weight Watchers rebranded itself last year. In September 2018, the company changed its name from Weight Watchers to WW and declared its new focus was no longer weight loss, but overall health and wellness. It even had a new tagline: "Wellness that Works."

Many posited that this pivot is due to overall health trends that de-emphasize dieting over more holistic approaches. Several critics, however, say that WW's wellness-focused approach is a bit of a facade because dieting is still a big part of its program. But WW's rebranding could be due to something else: keeping up with the meteoric rise of health tech.

Fitness apps have seen unprecedented growth in the past few years. Flurry Analytics reports they grew 330 percent between 2014 and 2017, and apps in this category are also the most "sticky." In other words, health and fitness apps are often those that customers return to time and again. Instead of just going to support groups and gyms, people are now looking to their phones for guidance when it comes to health. It's easier, less intimidating and, often, much more affordable.

Compared to newer food-logging apps or fitness-trackers like Fitbit, the Weight Watchers approach of counting points and community support might seem outdated. Sure, calorie-counting is a chore, but apps like MyFitnessPal or LoseIt can help you do it for free, and you don't have to be concerned about keeping up with an ever-changing proprietary point system. Similarly, there are online fitness support groups on Facebook and elsewhere that are readily accessible that don't cost a dime.

Yet, Weight Watchers has attempted to keep up with the times over the past few years. In 2014, the app incorporated fitness data from trackers like Fitbit and Jawbone. In 2015, the company introduced a "Beyond the Scale" program that adjusted the points allocation in food to emphasize lean proteins and relegate sugar-laden carbs. It also introduced Connect, a robust online community of Weight Watchers users available only to those with a membership. In 2017, the company introduced WW Freestyle, a new version of the points program that assigned a zero value to foods like eggs and fish so that members could eat as much of them as they wanted without guilt.

The biggest change, however, came with the 2018 rebranding to WW. Not only was there a new emphasis on overall fitness and wellness, but the app was also reimagined from the ground up. Food-logging is still a core component, but now there are features like customized audio workouts from Aaptiv and curated meditations from Headspace right in the app (and without any additional charge). WW also launched Connect Groups, which aims to foster WW's online community around single topics like vegetarianism and yoga. Last but not least, WW is launching voice-integration services with Amazon Alexa and Google Assistant so members can easily look up points values for foods and add them to their log.

In short, WW wants to be the all-in-one solution for all your health needs. "In the same way you use Netflix for movies or Spotify for music, we want you to use WW for health and wellness," said Stacie Sherer, WW's head of communications. 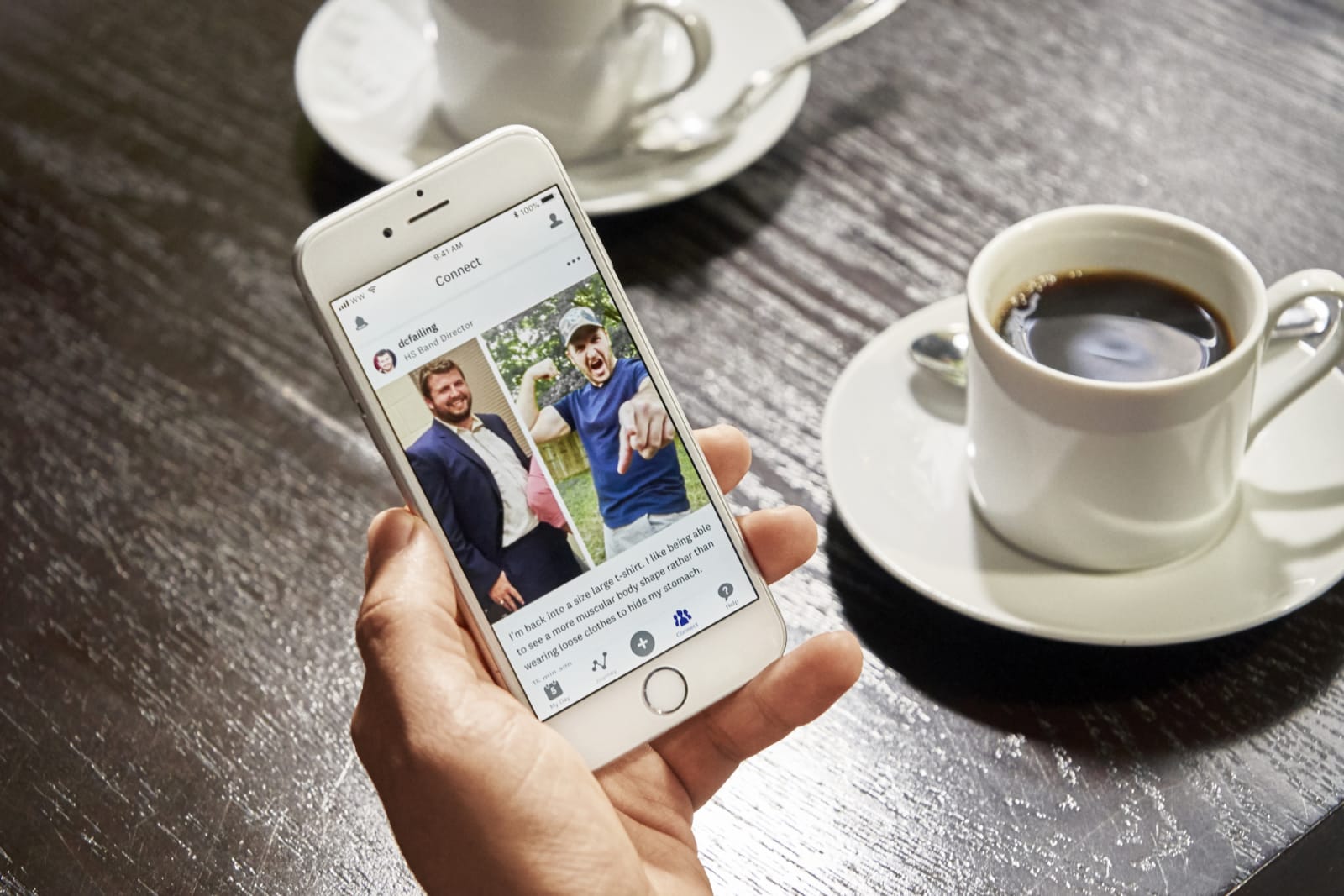 "WW has decades of experience in behavior-change science and community-building with a clinically proven program," said Michael Lysaght, WW's CTO. "At its core, WW is a technology-experience company. We are continually enhancing all of the ways our program and wellness platform can be integrated into our members' lives."

WW users I spoke to have been largely supportive of the move. "The change in direction to wellness is brilliant," said Michael Daggett, a 46-year-old military recruiter who's been on Weight Watchers since 2015. As for the app, he uses it regularly for food-logging and says that "the supportive community 'Connect' and other workshop members provide a visible path to success." Jennifer Robinson, a 68-year-old retired elementary school secretary, got on Weight Watchers in the 1970s and says she's had great success with it throughout the past few decades. She's not a big fan of the rebranding -- "I will never call it WW," she says -- but says the community support and push toward healthy foods has worked for her.

Despite this, however, WW shares dropped 30 percent last month when the company reported fourth-quarter results that were rather dire, showing lower member-recruitment numbers than expected. "While we are disappointed with our start to 2019, we are confident that our strategy to focus on providing holistic-wellness solutions leveraging our best-in-class weight management program is the right path to support long-term sustainable growth," said CEO Mindy Grossman in the earnings report. 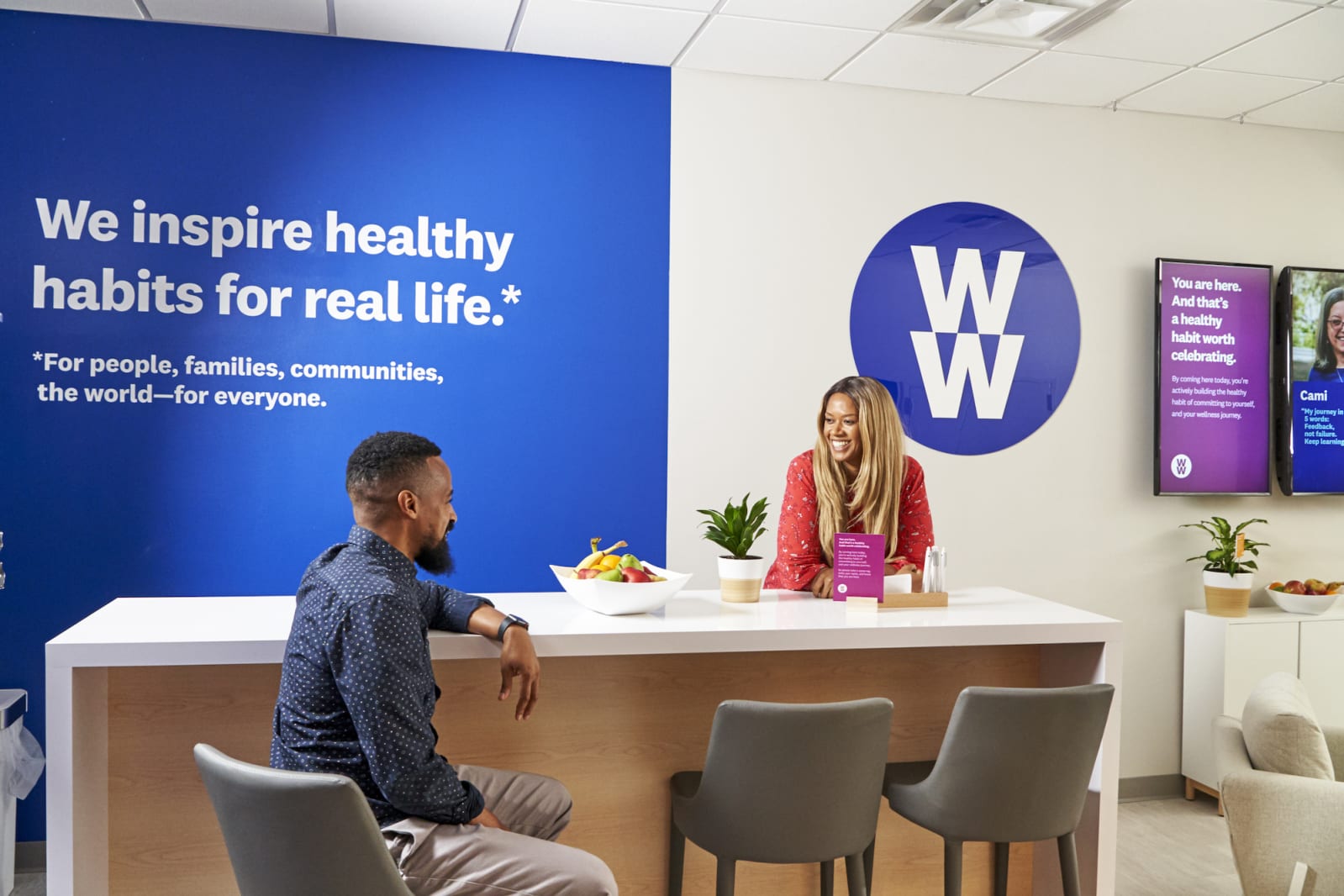 In a lot of ways, WW's story mimics that of how iconic brands sometimes struggle to remain relevant in the modern age. Kodak, for example, tried to recover from the shift from film to digital by making an odd camera phone, a VR action cam and milking the retro trend with instant printers. It even slapped its name on a cryptocurrency business for a while. None of these efforts, however, saved it from failing to recapture its former glory. There are other instances of well-known brands that have fallen by the wayside. Flickr used to be the digital imaging platform of choice for many but ultimately lost to Instagram. MySpace struggled to stay afloat after Facebook gained popularity. These are lessons that brand equity is no guarantee that you'll survive.

Thankfully, WW hasn't fallen that far off. It's still more popular than apps like MyFitnessPal and LoseIt, with several hundred thousand more followers on social media like Twitter and Instagram. It has famous spokespeople like Oprah Winfrey, Kevin Smith and, more recently, DJ Khaled, which might help bring in a younger audience. If there's one thing that WW has over other similar upstarts like Noom, is that it has a bigger bank account and historical clout.

Yet, while longtime WW users remain loyal to the brand, it seems that it still has a hard time recruiting new members. Even after its name change, most people still know and recognize it as Weight Watchers, and getting rid of the older brand in favor of a newer, untested one that sounds a little like a wrestling club might not be a good idea. It's trying to revamp its image with a new focus on overall wellness and a bigger push into tech, but it's unclear if that will be enough in the face of smaller, nimbler fitness solutions that don't require a subscription. In an era where diet and fitness advice is readily available for free on the web, WW might need a little more than a rebrand to capture the hearts and minds of a younger generation.

All products recommended by Engadget are selected by our editorial team, independent of our parent company. Some of our stories include affiliate links. If you buy something through one of these links, we may earn an affiliate commission. All prices are correct at the time of publishing.
View All Comments
Weight Watchers is trying to avoid becoming the next Kodak