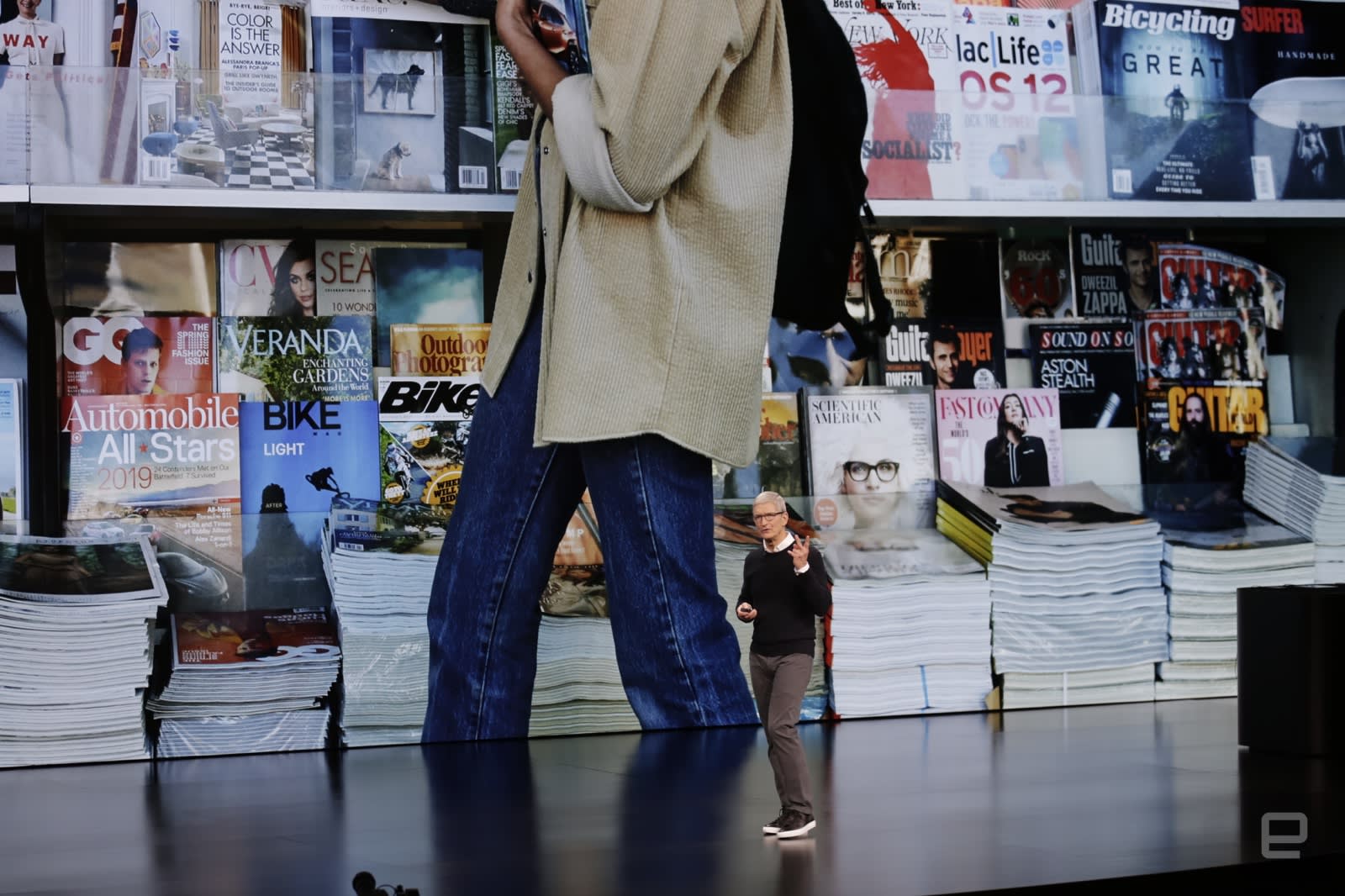 Though much of the hype around Apple's March 2019 event centers around streaming video, the company took the opportunity to introduce yet another service: magazine subscriptions. Called Apple News+, it'll be embedded into the Apple News app itself. Some of the periodicals already on board include Esquire, Wired, and newspapers like the Wall Street Journal and the Los Angeles Times. Apple News+ will have over 300 magazines in total, and all will be available via a single subscription for $9.99 a month. Family Sharing is included in that price. In a demonstration on stage, Apple showed off the service. Subscribers will see "live" animated/moving covers similar to live wallpapers. There's a My Magazines selection up top on the magazine home page, along with suggested issues. Recent issues of your favorite periodicals are automatically downloaded. According to Apple, there's also a human-curated "First Look" section plus a part for personalized story recommendations. There are three columns of thumbnails, each showing a different magazine.

It's worth remembering that Apple's iOS had a separate magazine app before called Newsstand (Remember the Newsstand-only publication called The Daily?). However, you had to subscribe to each magazine or periodical separately.

The genesis of this service may have come from Apple's purchase of Texture, a magazine subscription service, late last year. Seeing as Texture already had connections with a whole host of publications from Conde Nast, Hearst, Meredith and News Corp, it could prove to be a pretty wise purchase.

Yet, not all is rosy. Other outlets like the New York Times and Washington Post are still not there. This could be due to Apple asking for a 50 percent cut, and that it wants unlimited access. Additionally, publishers usually want direct access to customers, and not have to go through a middle-man like Apple. Still, the sheer ubiquity of Apple's News app on every phone and iPad could be enough to sway publisher's minds.

Apple News+ is available today, with a free first month. It's launching in the US and Canada in English and French. There'll be 30 Canadian magazines plus the Canadian newspaper, The Star. It'll arrive in Europe and Australia later this fall, starting with the UK.

In this article: apple, applemarch2019, entertainment, gear, mobile, services, thebuyersguide
All products recommended by Engadget are selected by our editorial team, independent of our parent company. Some of our stories include affiliate links. If you buy something through one of these links, we may earn an affiliate commission.