Huawei's new wireless headphones plug into your phone to charge

No, not through the headphone jack.

Huawei loves to throw in a peripheral to bolster its big phone launches and in Paris, it's time for the FreeLaces to make an appearance. While it sounds more like the latest Flyknit creation from Nike, these wireless headphones actually have some considered design touches and features.

First up, they're not truly wireless -- Huawei launched the AirPod-baiting FreePods last year, and... we didn't hear anything about them after that. The FreeLaces, going on first impressions alone, seem a more intriguing option for audio on the go. There are no slender wires, instead, a chunky orange (or black) band contains controls, microphones, a battery rated for 18 hours of playback (no case needed) and even the USB-C charging port.

This means that you can plug the FreeLaces into your P30 phone (or any USB-C port) for charging. If it is a Huawei device (or presumably even an Honor phone) HiPair, the company's newest random term, will ensure a speedy "intelligent connection" with the phone. We're still waiting to hear whether this will work with other Android phones -- at least they'll charge them? Connect the headphones for just five minutes, and you can expect the FreeLaces to run an additional four hours, solving the issue of wireless headphones that run out of juice. 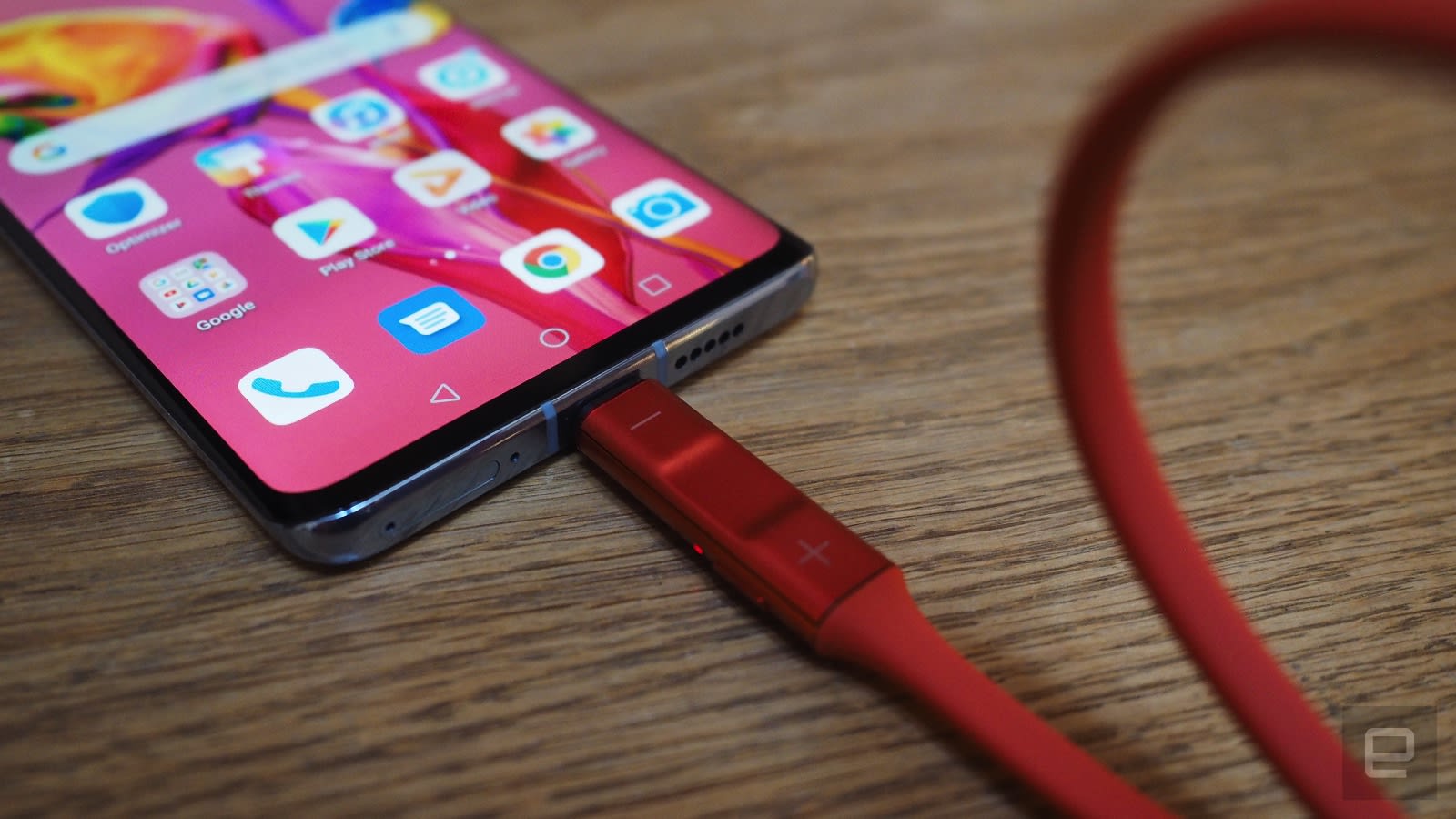 There's some thoughtful attention to detail here. There are audio controls on both sides of the wire, which helps to balance out the weight of each side. The battery is also split between the sides for the same reason. Like the OnePlus bullets we saw last year, you can also clip and unclip the buds together, which will hang up calls or pause music. And for gym rats and sweaty joggers, the FreeLaces have IPX 5 protection against the elements.

The headphones will arrive in four colors, Amber Sunrise, seen here, black, white and an Emerald Green affair. They will launch alongside Huawei's new phones, and will cost 99 Euros.