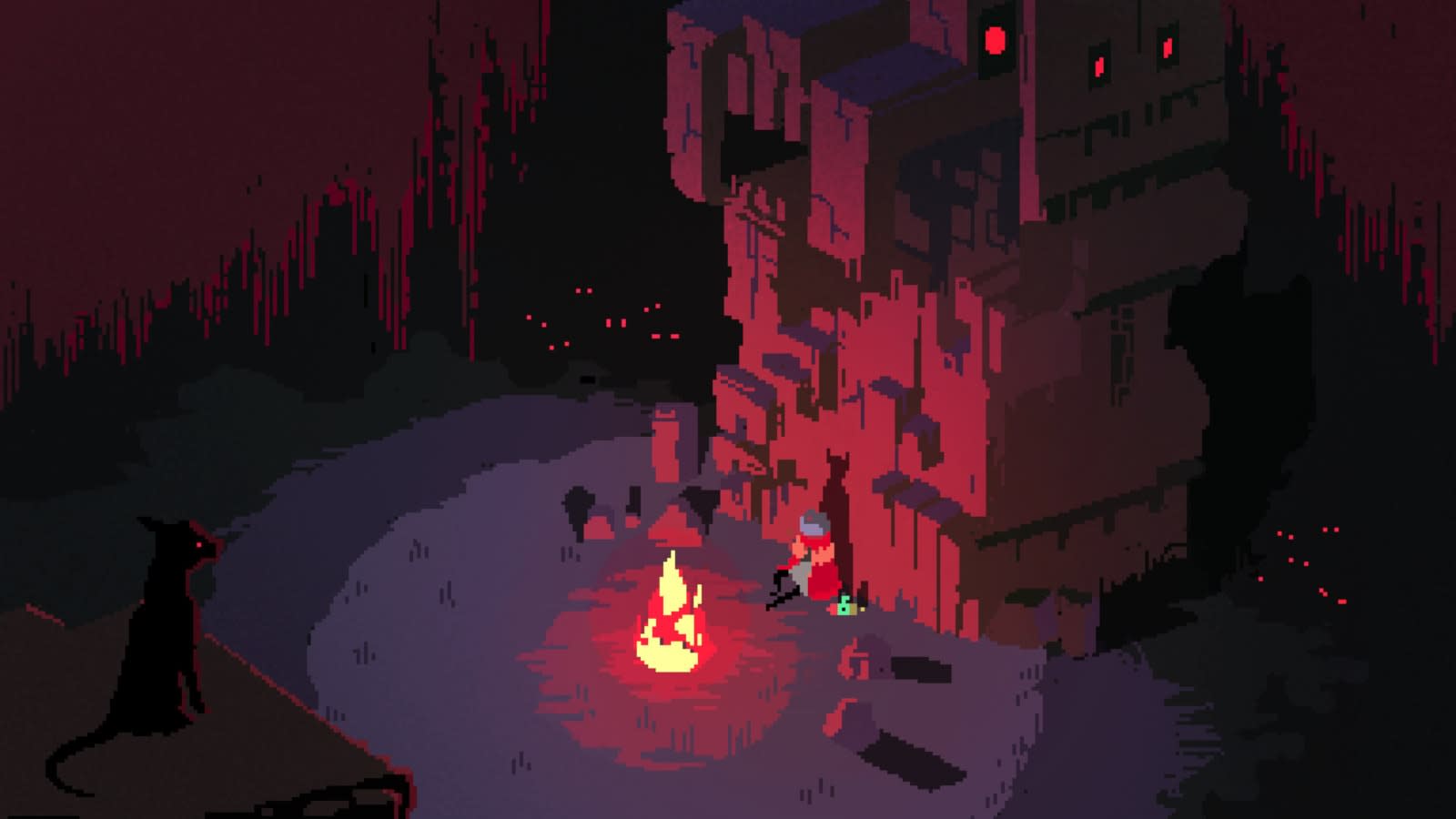 You'll be able to enjoy the indie action RPG Hyper Light Drifter without having to play through the notoriously difficult game once its animated adaptation arrives. And if you're already a fan, you don't have to worry about the game getting mangled by clueless showrunners: the project is headed by the game's creator, Alx Preston, and producer Adi Shankar. You might know Shankar as the person behind Netflix's adaption of Castlevania -- another 2D game like Hyper Light Drifter -- and Devil May Cry.

Preston said the project is still in its very early stages, and they're still figuring out how to turn an atmospheric 2D pixel game into a full-fledged animated show. He told Polygon that they're "leaning a lot more towards something that's representative of the game on the style side." What he means by that, we don't really know at this point. It's very much possible for the show to end up with anime-style animation, though, considering Shankar's previous projects. The end product may even have a Studio Ghibli-esque feel, seeing as Hayao Miyazaki's work was a major influence on the game.

Of course, those are merely speculations. Preston and Shankar aren't even sure if the show would be a silent series or if there's at least some dialogue involved -- the game itself has no written words and dialogues are presented in symbols and images. For now, they're reaching out to writers whom they believe can lead the show.

In this article: entertainment, gaming, hyper light drifter, internet
All products recommended by Engadget are selected by our editorial team, independent of our parent company. Some of our stories include affiliate links. If you buy something through one of these links, we may earn an affiliate commission.