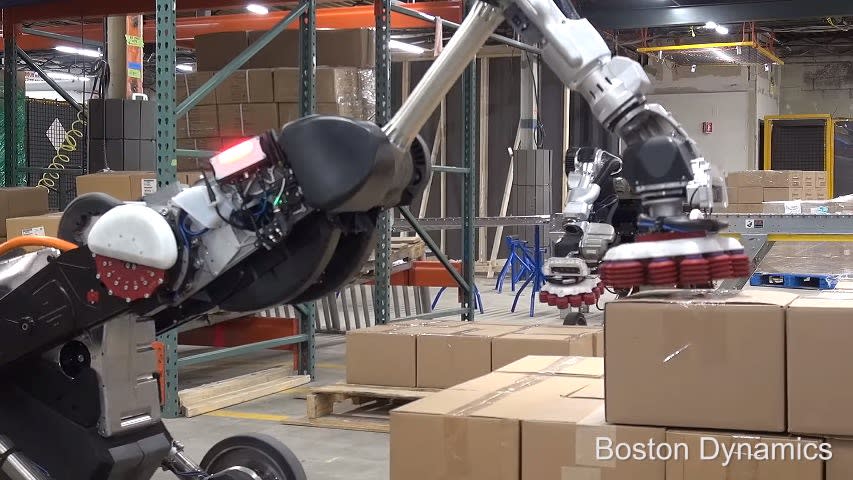 Happy Friday! We've got robots handing boxes, a new car with a mindful mode and Spotify is trying to get you to pay for two accounts instead of sharing with your significant other. Good luck with that. 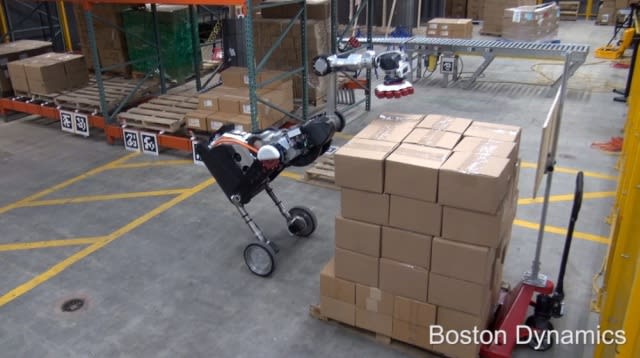 When we first met Handle, the wheeled robot was more about leaping and living its best life rather than the nine-to-five drudgery. A new demo video from Boston Dynamics shows Handle is growing up, however. Watch larger Handle units work autonomously to move boxes around inside a warehouse environment -- boxes that weigh about 11 pounds each. 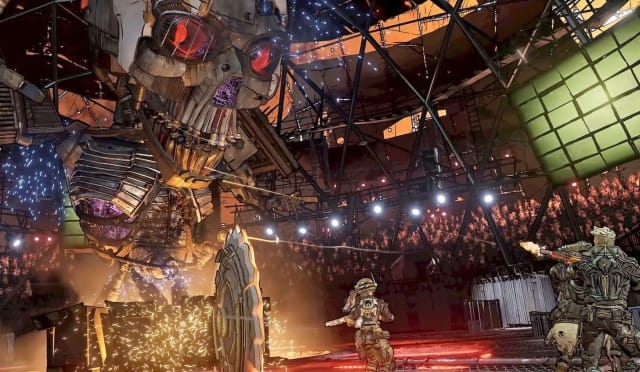 This first trailer reveals the long-awaited sequel will include over a billion guns (including some with legs), plenty of familiar faces (such as a saxophone-playing Brick and Tiny Tina) and some new characters. It also showcases a number of locations, including a swamp, a desert and a city full of highrise buildings. Meanwhile, the Borderlands: The Handsome Collection bundle is getting a 4K update on April 3rd, and a Borderlands: Game of the Year edition arrives the same day on PC, PS4 and Xbox One. Expect to hear more info about Borderlands 3 on April 4th. 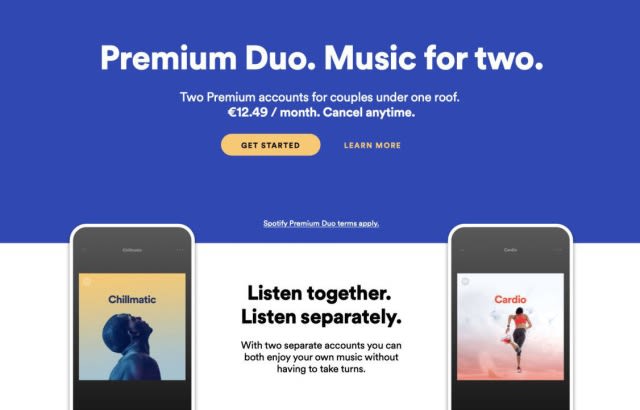 Spotify is testing a discounted subscription for two in the hopes of curbing password sharing. Premium Duo gives you and a person you live with individual Premium accounts for €12.49 ($14) per month. There are unique perks including a Duo Mix playlist made of tracks you both like, the ability to share your entire library of saved music and a Duo Hub where you can manage accounts and settings. For now, the test is limited to Colombia, Chile, Denmark, Ireland and Poland, with no word on more markets.

Most will never use the coolest functions on their way to Coachella.Land Rover's Evoque hides off-road tech behind a luxury SUV 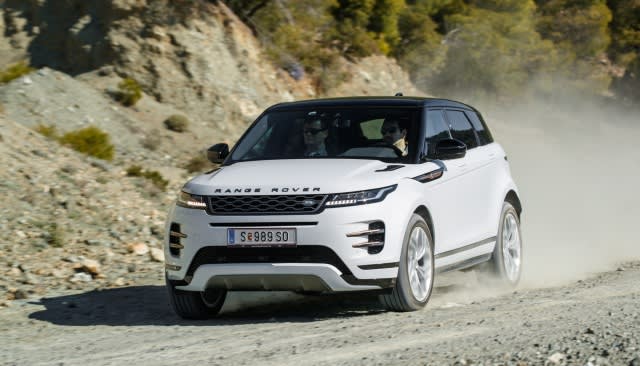 The Range Rover series is typically a collection of luxurious SUVs that are able to navigate the toughest terrain. That well-earned reputation includes its entry-level Evoque, which has seen a slight design refresh and has received all the latest tech. The most intriguing is the new ClearSight Ground View that helps keep drivers from scraping the bottom of the Evoque while off-road.

It comes close to replicating the experience of rowing on water.Hydrow could be the Peloton of rowing machines 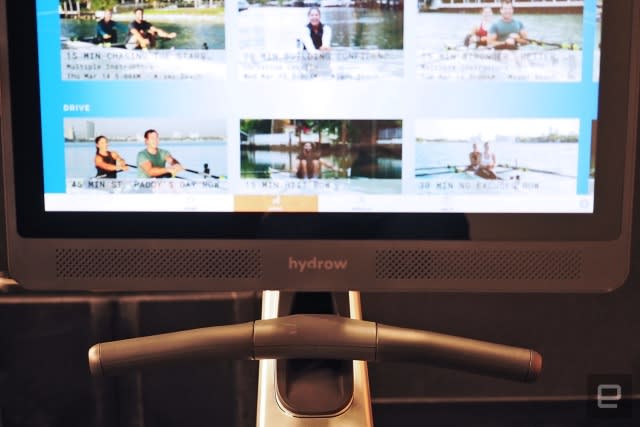 The Hydrow is a land-locked rowing machine with a difference. There's no resistance lever on the side, and the underside is one big, swoopy curve. It has minimalist metal legs, similar to some TVs. Oh, and there's a 22-inch screen attached, staring you right in the face. It's an erg from the future. But can it keep our Editor-In-Chief rowing? 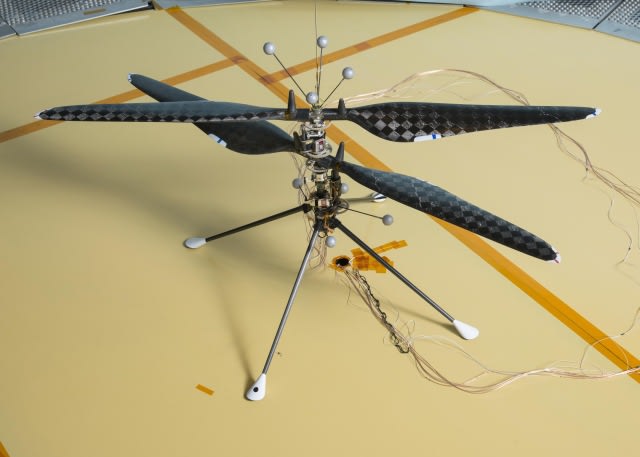 Scientists working on NASA's Mars helicopter project are done building the actual 4-pound vehicle that's blasting off to the red planet with the Mars 2020 rover. But first they have to prove that it can actually fly in Martian conditions. That's why in late January, the team replicated our neighboring planet's much thinner atmosphere in JPL's Space Simulator to make sure the helicopter will be able to take off.

Deal with the email deluge your own way.Gmail finally offers customizable swipe actions on your iPhone 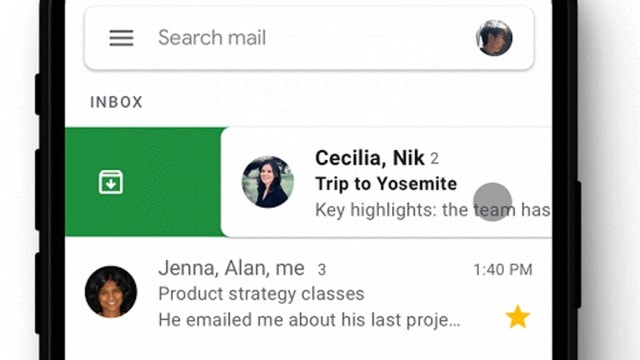 Gmail's customizable swipe actions have finally reached the iPhone masses. Google is updating Gmail for iOS to let you personalize what happens when you swipe right. You can tell it to mark a message as read, move it to a folder or delete it outright, among other options. Suffice it to say, this could help a lot if you're inundated with email (hello) and would rather not laboriously sort it all.

It has created a minimalist mode for its optional digital instrument cluster.2020 Ford Explorer activates 'mindful mode' for relaxed driving 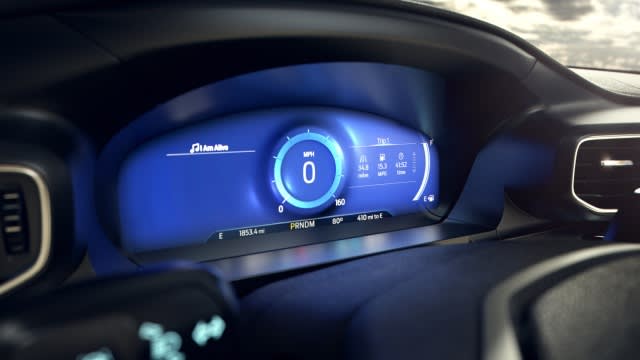 Ford goes hard on the zeitgeist. Buzzword du jour, 'mindfulness', is part of the package for the company's 2020 Explorer, with a special minimalist mode coming to its array of dials and displays.