Just a few weeks after Google released the initial beta for Android Q, the company is offering its first update. Android Q beta 2 arrives today, along with an updated SDK for developers. The preview of the upcoming operating system shows off Google's new and improved gesture controls, multitasking chat bubbles and an emulator that shows how Android Q will work on foldable devices.

The first thing users are likely to notice in the second Android Q beta is the reworked gestures. First introduced in Android Pie but widely considered to be clunky and occasionally unresponsive, button-free navigation has been revamped and feels much more like iOS. Per 9to5Google, swiping along the bottom navigation bar in Android Q allows you to jump between apps, which are displayed in chronological order. The feature appears to be less finicky than previous iterations. Assuming Google can iron out some of the rough spots in its gesture-based controls, it can finally ditch the back button. 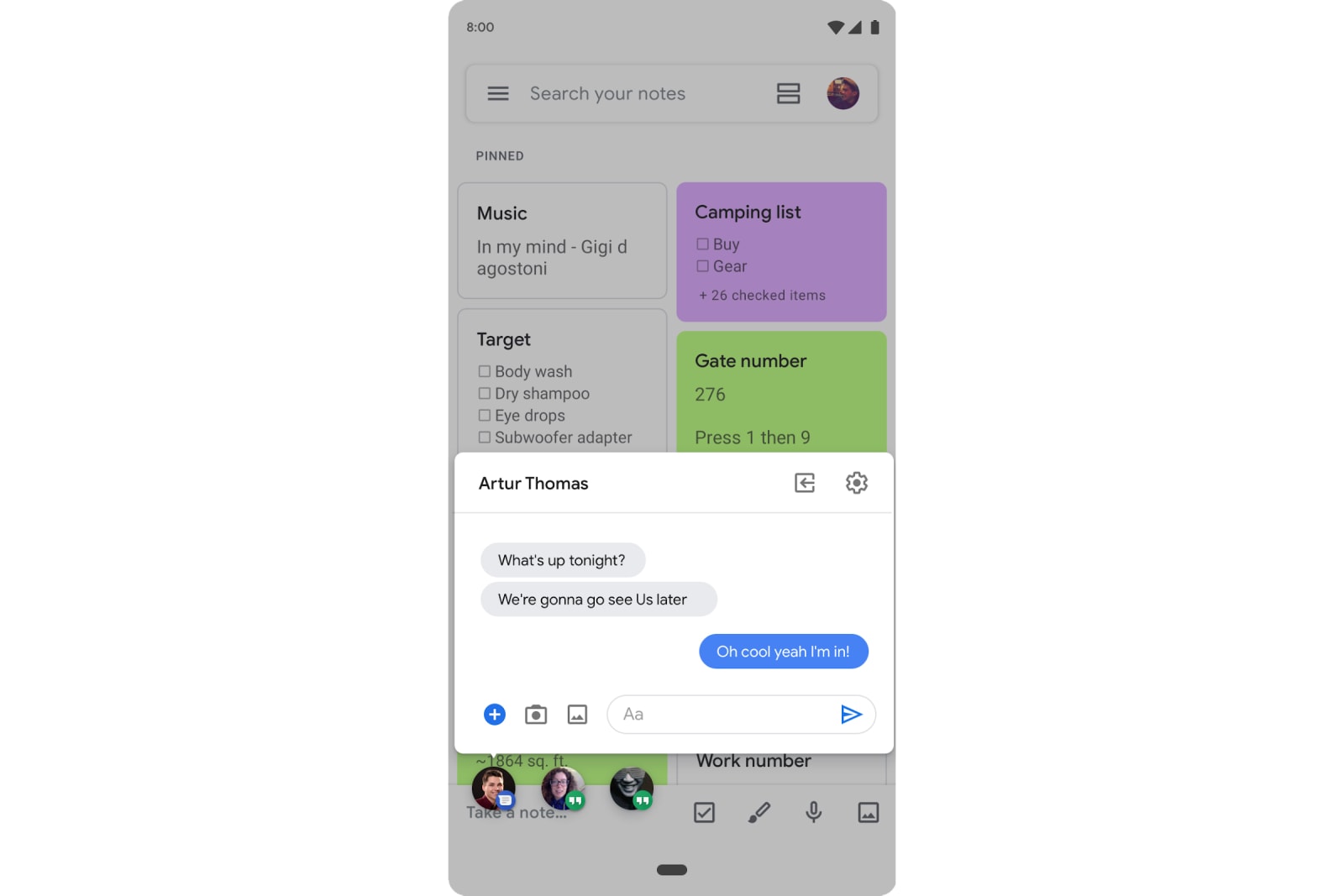 The updated beta also introduces support for bubbles, a multitasking system that keeps conversations accessible across the OS. It'll feel similar to anyone who used Facebook Messenger's "chat head" feature or any number of similar implementations used by third-party services. The bubbles feature was first spotted last year and lets users jump in and out of conversations without closing out of other apps.

There is a whole wealth of other features in testing that apear in the beta, including an emulator that lets you see how Android Q will work on upcoming devices with foldable screens. Google is also promising a heap of bug fixes, optimizations and updates to the features introduced in the first Android Q beta. Expect more of those to come as the OS inches toward a public release later this year.