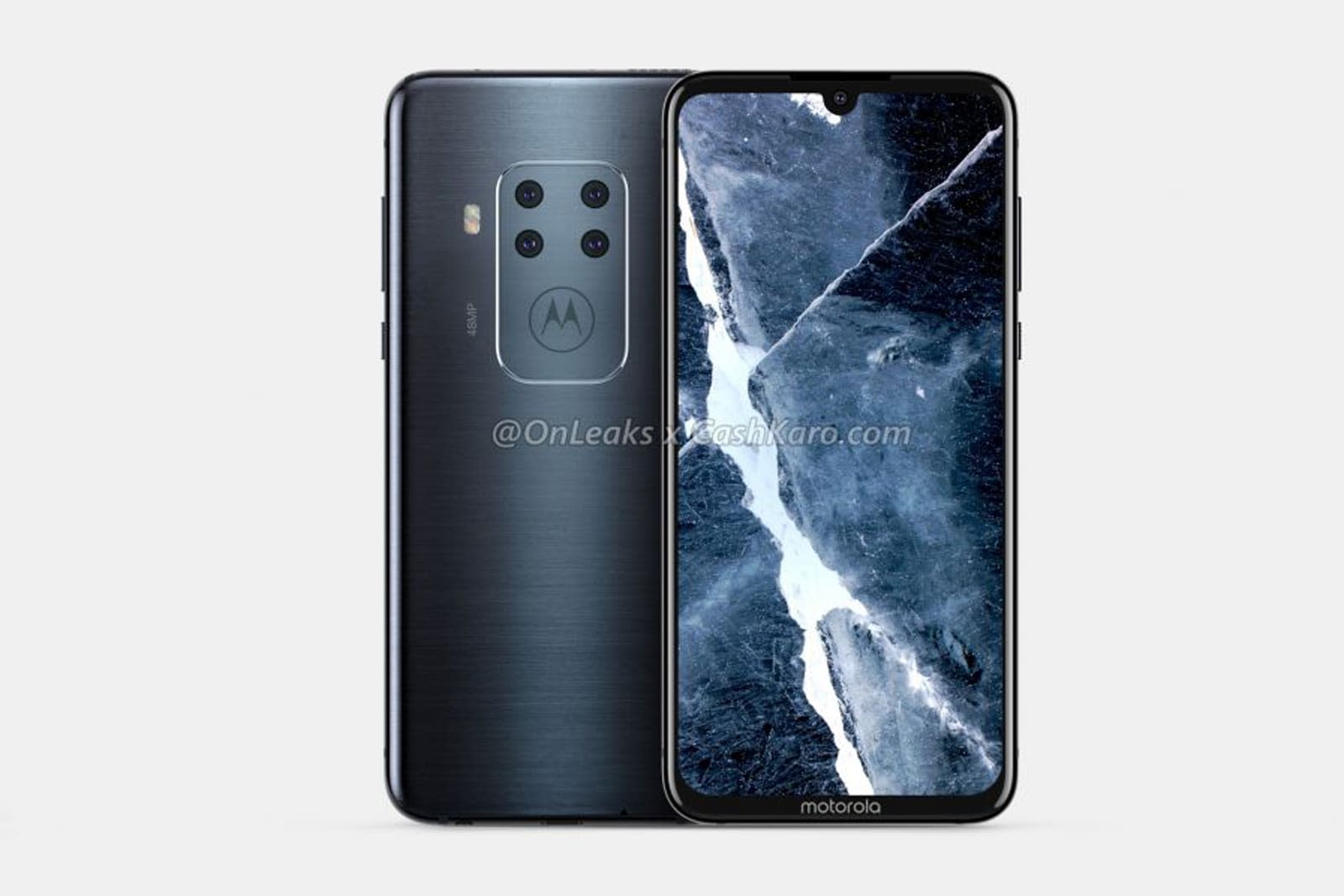 You might not have to spring for a premium-priced flagship to get a smartphone with an abundance of cameras. Well-known tipster OnLeaks and CashKaro have shared renders and details of a mystery device they say is a future Motorola device with four rear cameras. It's not certain just what those cameras would do, but a "48MP" label suggests that Motorola will either have a main 48-megapixel sensor or combine multiple 12-megapixel sensors like you see on the Nokia 9 PureView.

There aren't many more details at this stage, but there would be a 6.2-inch display with a teardrop notch for the front camera (no hole-punch display this time around) as well as an in-screen fingerprint reader. It's not going to be a budget phone, then, even though it might not cost as much as the most expensive handsets on the market.

Performance, availability and just about everything else are unknowns, and that's assuming the mystery Moto comes out in the first place. We wouldn't be shocked if it did. Three-plus cameras are increasingly the norm on high-end phones, and that leaves Motorola's existing lineup feeling somewhat dated. This quad-cam phone may be just what the company needs to stay in the game, particularly if it has high-end processing power to match its camera chops.

In this article: android, gear, leak, lenovo, mobile, motorola, onleaks, smartphone
All products recommended by Engadget are selected by our editorial team, independent of our parent company. Some of our stories include affiliate links. If you buy something through one of these links, we may earn an affiliate commission.