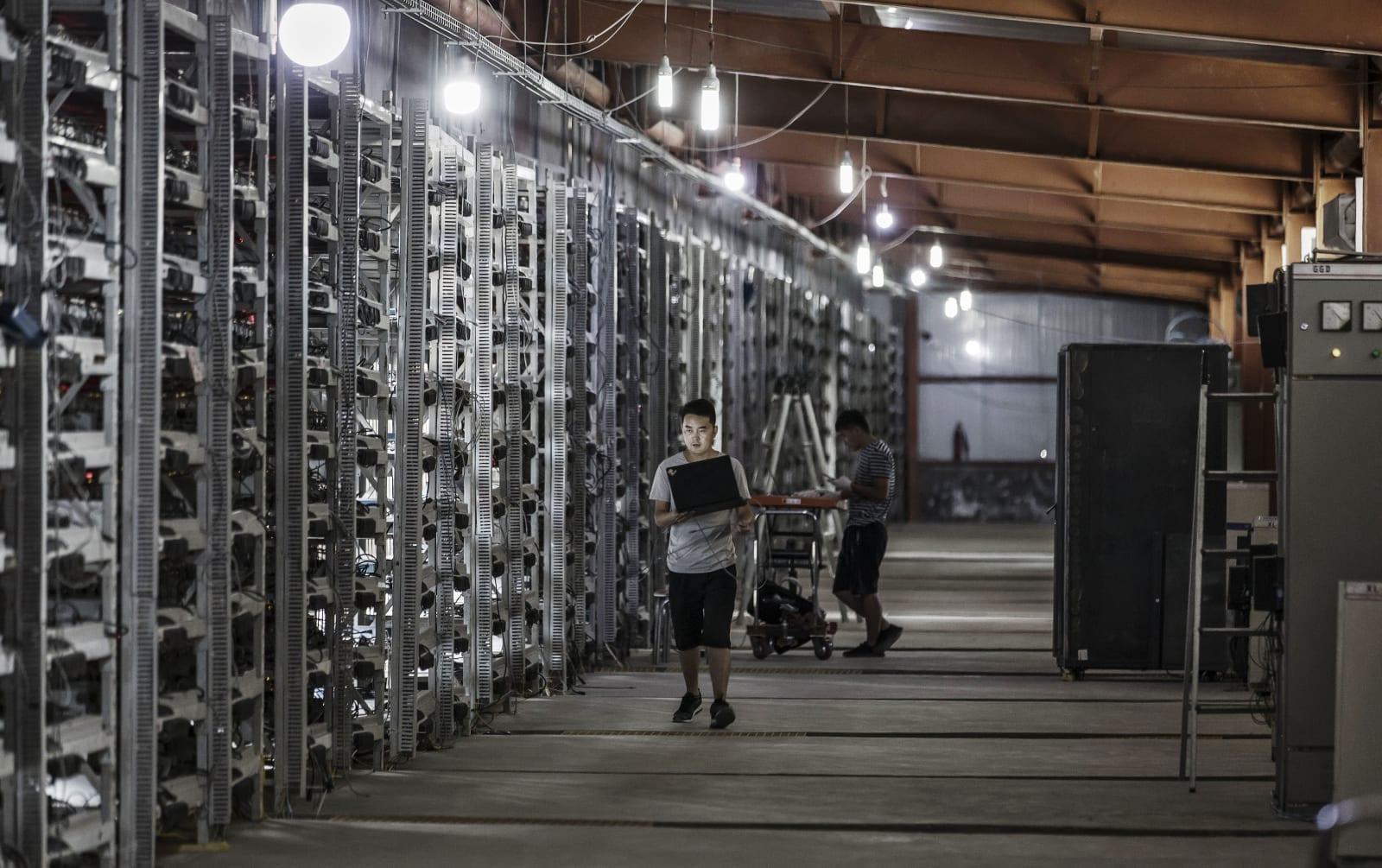 As China tries to cut back on air pollution that has choked cities like Baoding and Shanghai, it's taking aim at cryptocurrency mining. The National Development and Reform Commission (NDRC), the country's chief planning regulator, has unveiled a paper with a proposal to ban Bitcoin mining, saying it has "seriously wasted resources."

In a typical Bitcoin mining operation, powerful banks of computers are dedicated to crunching out "blockchain" numbers that serve absolutely no purpose, but have value because people think they do. Nearly three quarters of cryptocurrencies are mined in China, generating anywhere up to 10 million tons of carbon dioxide, according to a recent study in Nature Sustainability.

China has been considering a Bitcoin mining ban since last year. It reportedly asked local governments to encourage firms to quit the business by jacking up power prices and and issuing stronger environmental rules. The government is concerned not just about pollution, but the havoc that could be triggered by investors who lose money speculating in cryptocurrency.

If the new rules come into force, Chinese miners will be forced to leave their operations -- often located close to coal mines with cheap power -- and move to foreign bases, according to the South China Morning Post. Many have already come to Quebec where hydro power is cheap, plentiful and non-polluting, but others have set up shop at dirty coal plants in Australia and elsewhere.

In 2017, China banned cryptocurrency exchanges that serve local people, causing a plunge in prices. The new rules also pose a risk to manufacturers of mining equipment that dominate the Bitcoin industry. The NDRC published the paper for public comment, and the consultation period ends on May 7th.

In this article: Bitcoin, China, Cryptocurrency, gear, green, Mining, Resources, video, wasteful
All products recommended by Engadget are selected by our editorial team, independent of our parent company. Some of our stories include affiliate links. If you buy something through one of these links, we may earn an affiliate commission.