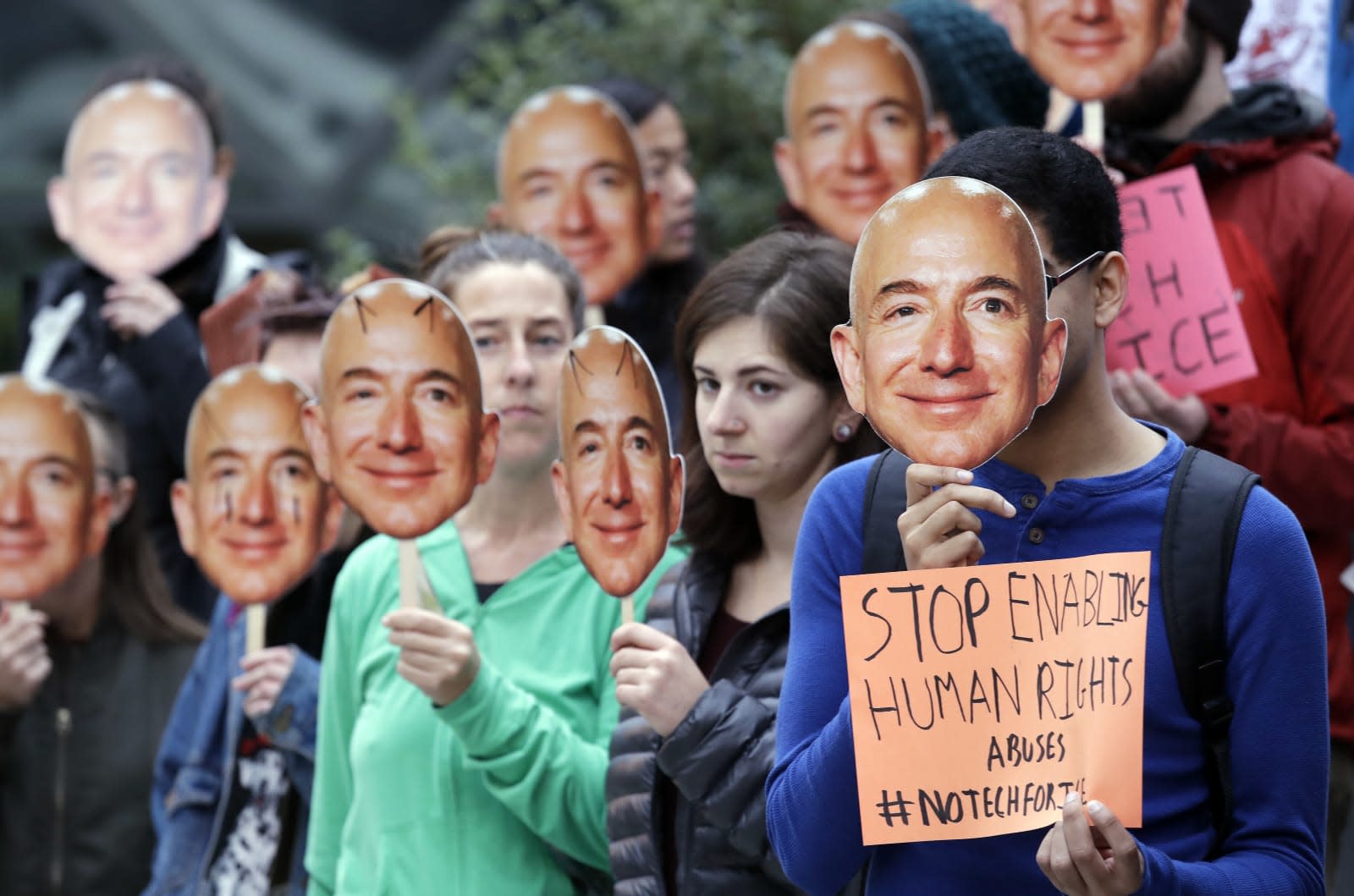 Amazon shareholders will vote to ban the company's controversial facial recognition technology next week in a key symbolic process. Amazon set the vote date, May 22nd, after the US Securities and Exchange Commission (SEC) rejected the company's request to have the motion squashed. A group of shareholders, led by nonprofit Open MIC, asked Amazon's board to stop selling the deep learning tools until a third party can confirm "it does not cause or contribute to actual or potential violations of human rights."

On a technical basis, a vote to ban the technology might not mean much, as shareholder resolutions aren't binding and are rarely approved. Still, it would lend credence to claims by activist investors that the technology could "endanger or violate privacy or civil rights and disproportionately impact people of color, immigrants and activists."

The American Civil Liberties Union (ACLU) tested Amazon's tech and found that it falsely matched 28 members of Congress to suspected criminals, struggling particularly with people of color. Amazon argued that the tech wasn't being used in the right way, but that claim was undermined by a US police department in Oregon that uses it.

Amazon: New technology should not be banned or condemned because of its potential misuse; instead, there should be open, honest, and earnest dialogue among all parties involved to ensure that the technology is applied appropriately and is continuously enhanced.

Rekognition uses deep learning AI to identify objects like faces and animals in video and images. It could be used, for instance, to scan crowds of people to see if they are in criminal databases are watchlists. The ACLU and others are particularly concerned that governments could use the technology to illegally track activists and others participating in legitimate demonstrations and other activities. Amazon was recently question about the technology in Congress after attempting to sell it law enforcement, immigration officials and others.

Amazon has said that the technology helps identify criminals and missing persons, adding that it has not received any reports of misuse since it became available in 2017. Amazon and Microsoft have proposed that the technology be regulated by governments, not the companies themselves. "It's critical that any legislation protect civil rights while also allowing for continued innovation and practical application of the technology," they wrote. Amazon's board has recommended that shareholders vote against a ban, so a positive vote will certainly send a strong message.

In this article: amazon, BoardOfDirectors, CivilRights, FacialRecognition, gear, HumanRights, Police, Privacy, Rekognition, robots, Shareholders, Vote
All products recommended by Engadget are selected by our editorial team, independent of our parent company. Some of our stories include affiliate links. If you buy something through one of these links, we may earn an affiliate commission.