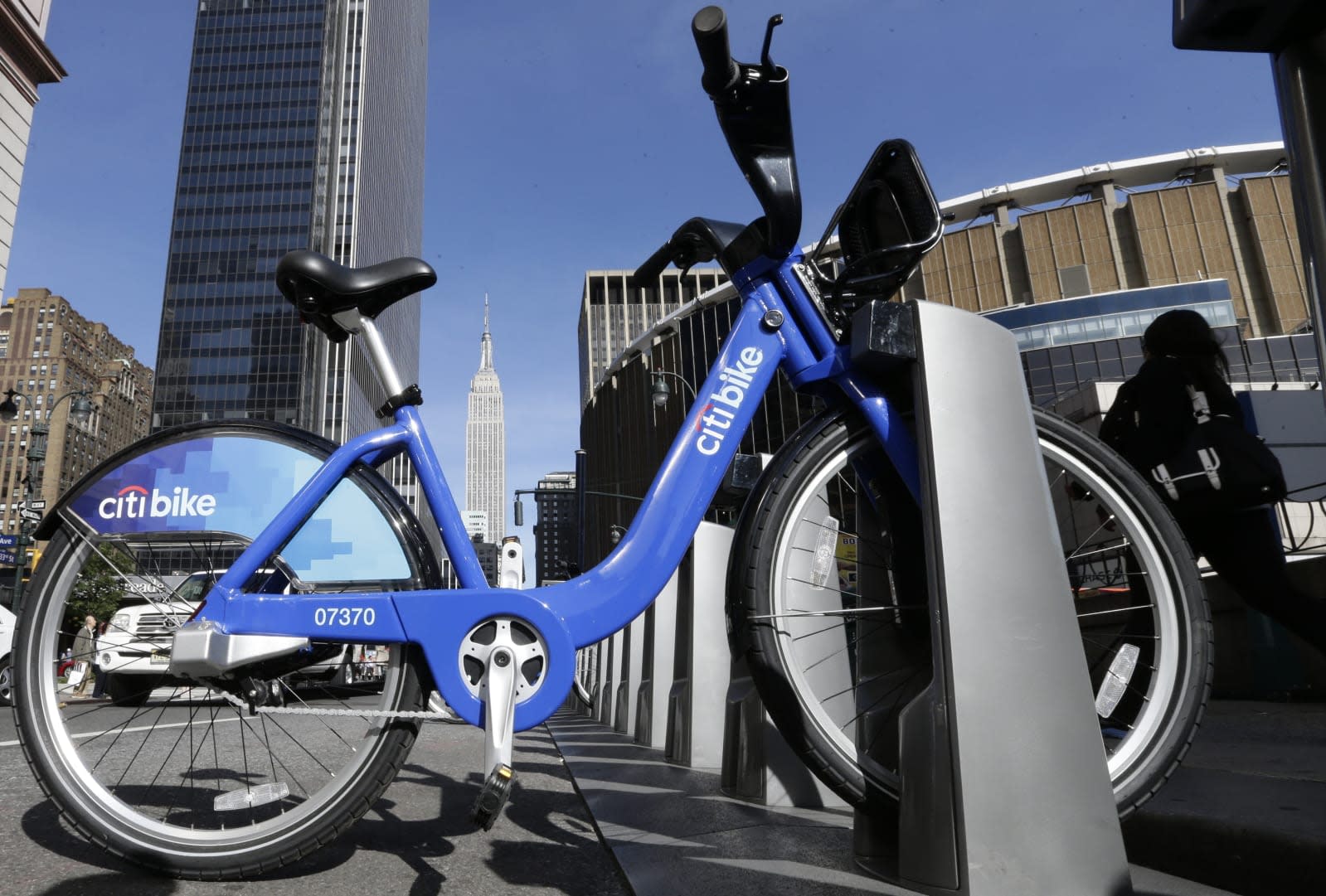 Beginning in May, Lyft customers in New York City will be able to use Citi Bikes through the ridesharing app. Users won't need a separate account or login to locate or unlock the bikes. The Lyft app will automatically show how many bikes are available at nearby stations. When users are ready to ride, they'll receive a five-digit code, which they can enter in any dock at a given station to release the bike of their choice. Both of the services are popular on their own, so together, they could have a meaningful impact on transportation in New York.

This isn't entirely surprising given that Lyft acquired Citi Bike's parent company, Motivate, last year and immediately struck a deal to invest $100 million in New York City's fleet. In a blog post, the company says it will expand this new feature to other cities soon -- though there's no estimated timeline for that.

Of course, Lyft isn't the only one vying for a slice of bike-sharing's success. Last year, Uber acquired Jump, and both Google Maps and Apple Maps can now help you find bicycles for rent. There are a few kinks that still need to be worked out, like e-bikes with "stronger than expected braking," and it's too soon to tell if scooter-sharing has any real promise. But Lyft's commitment to Citi Bikes is a testament to users wanting more non-car options.

In this article: app, bike sharing, citi bike, gear, lyft, new york city, ridesharing, transportation
All products recommended by Engadget are selected by our editorial team, independent of our parent company. Some of our stories include affiliate links. If you buy something through one of these links, we may earn an affiliate commission.