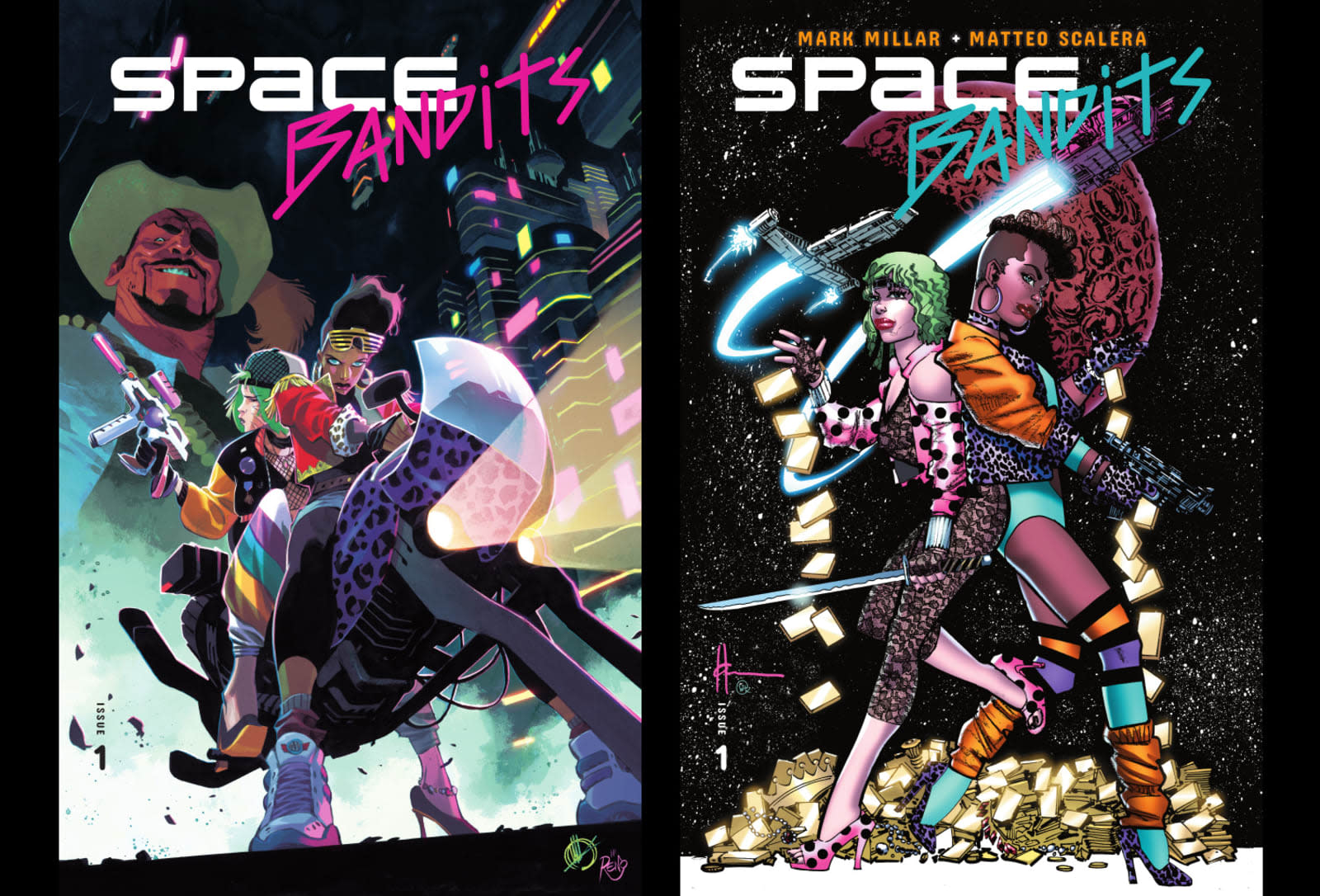 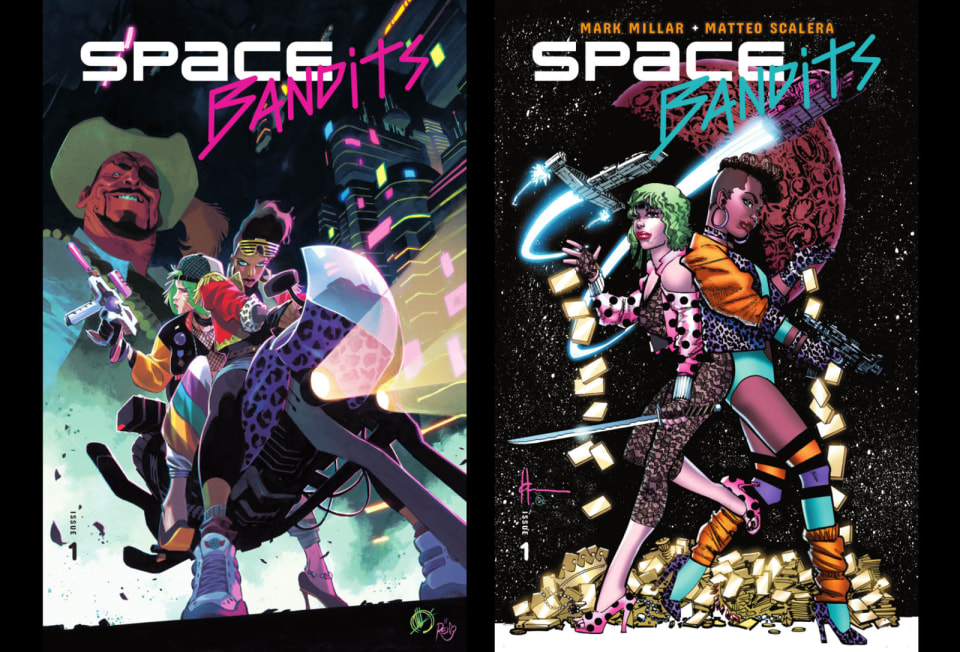 Netflix is publishing another Mark Millar comic book after The Magic Order and Prodigy -- an original he describes as "female Butch Cassidy and the Sundance Kid set in space." Entitled Space Bandits, the sci-fi tale revolves around the two most wanted felons in the universe, each one running heists across galaxies until betrayal sends them on a path of revenge. Netflix snapped up Mark Millar's publishing house in 2017 and has worked with the writer to publish new comic books and turn his existing properties into TV shows and movies since then.

Based on how Millar described the title, we're in for a fun ride filled with exciting capers: "I... love writing big, fun sci-fi things. In a world with a billion superhero properties and gloomy, rain-soaked dystopian sci-fi, there's a gap in the market for sci-fi that's upbeat and fun and I wanted to combine all this into a big, high-octane story," he said.

Matteo Scalera, an artist who previously worked on Deadpool, Batman and Daredevil, signed on to illustrate the tale. Millar also got industry veteran Howard Chaykin to illustrate five limited edition covers, the first of which will sell for 75 cents. The other covers will set you back $4 when the title's first issue comes out in stores and on digital platforms (Image Comics iOS app, Amazon Kindle, Apple Books, comiXology and Google Play) on July 3rd.

In this article: entertainment, internet, mark millar, netflix
All products recommended by Engadget are selected by our editorial team, independent of our parent company. Some of our stories include affiliate links. If you buy something through one of these links, we may earn an affiliate commission.